One of the best games I've ever seen… 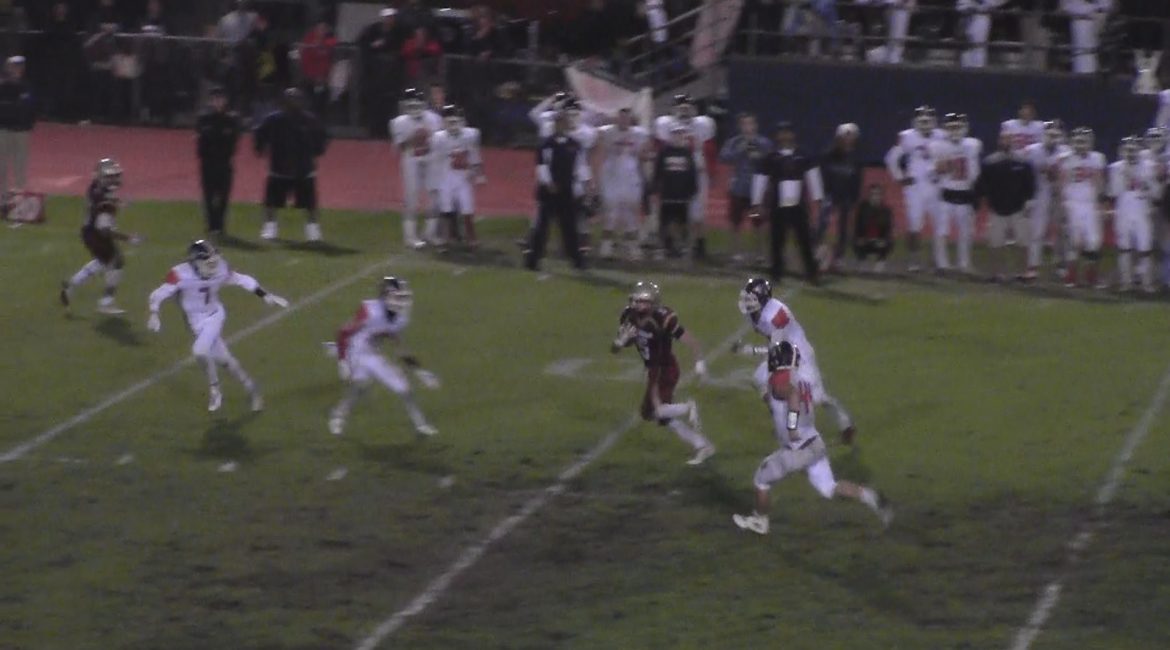 Wow. Just wow. A game with a lot of hype here in Sonoma County gave us fans everything we wanted last night. A thrilling, gut wrenching, stomach twisting, and exciting game that saw Cardinal Newman defeat Rancho Cotate 29-28 to move on to the NCS Division 3 Championship game.

Rasheed Rankin opened the scoring with a short run, but a missed PAT made it 6-0. Then a few plays later Jake Simmons to Trevor Lee for the second score. The Cougars went for two, but failed so it remained 12-0. After Rancho fails on fourth down, Kyle Carnalli burns the Rancho defense for a long gain. Newman gets the ball to the Cougar 1 yard line but a fumble would stall the drive. Two plays later, Jake Simmons throws a pick six to Jake Woods and Newman is on the board at 12-7 and that’s the halftime score.
Andrew Alfaro made a 23 yard field goal for Rancho after a long drive taking 7 minutes off the clock, giving them a 15-7 lead. On the ensuing Newman drive, a 47 yard pass from Beau Barrington to Chauncey LeBerthon sets up Tanner Mendoza sweep run for a touchdown to make it 15-13. They go for two as Barrington can’t find a receiver but scrambles and dives for the end zone for the two point PAT to tie the game.


At the start of the fourth quarter, Kobe Buckley scored from 18 yards out to give Rancho a 22-15 lead. Mendoza on 4 & 1 converted on a toss play to set up Barrington to Niko Kitchen for a 6 Yard touchdown pass to once again tie the game at 22.
With just over three minutes to go in the game, Jake Simmons completes a 71 yard pass to Jaelen Ward, but doesn’t go directly into the end zone, running down the side until a Newman player came close to him, finally stepping in for the touchdown, but the officials threw an unsportsmanlike conduct penalty that pushed the PAT back 15 yards and it was missed so that made the score 28-22 Cougars.
Beau Barrington throws a 44 yard touchdown pass to a Kyle Carnalli with 1:32 to go to tie the game. Matt Nielsen makes the PAT and the Cardinals have the lead.
Rancho tries to rally downfield but Simmons final pass to Logan Reese wasn’t enough as Cardinal Newman holds on to win one of the best games Sonoma County has ever seen.

Congratulations to Rancho Cotate on a fantastic season. They were an unbelievable team to watch the whole year.
For Cardinal Newman, they advance to the NCS championship against either Marin Catholic or Bishop O’Dowd next weekend.
Video highlights are here: http://www.ysn365.com/video/video-ncs-d3-semi-finals-rancho-cotate-v-cardinal-newman-11-24-17/
Share
Copyright (c) 2016 Splash.
Theme by StylemixThemes.