OVERALL RANKINGS FOR THE 2014-15 SCHOOL YEAR 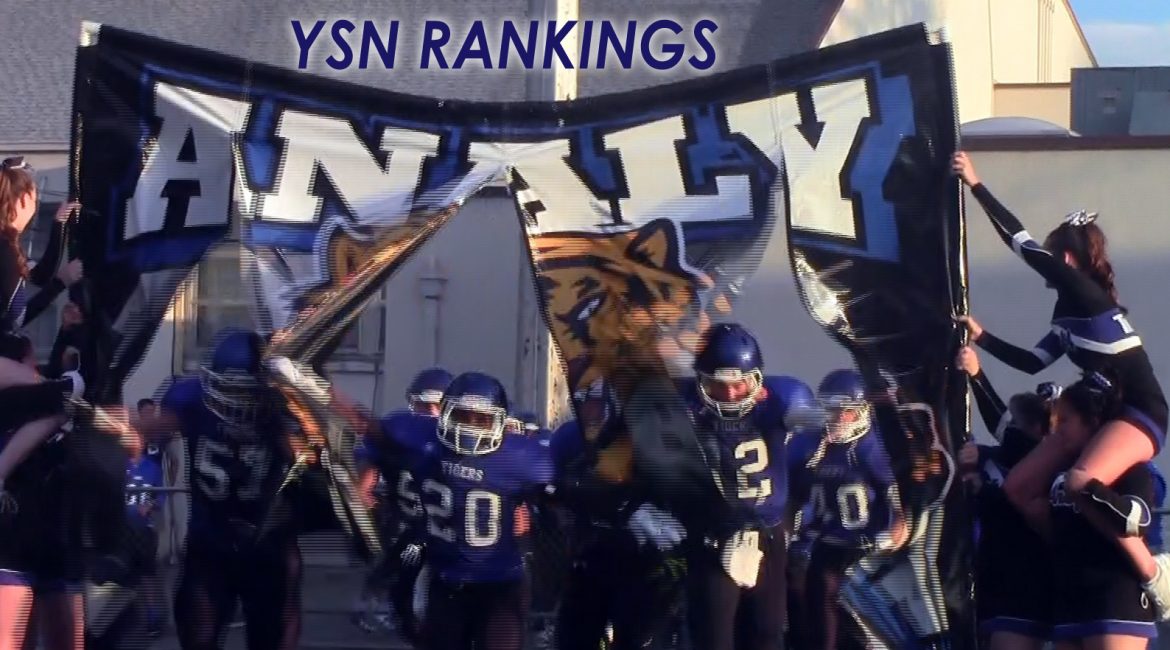 This is the first of a few articles that will look back at the last school year.
We start things with the second annual YSN best school of the year.  This is based on the five sports that YSN365.com has the top ten rankings for.  Those sports are football, basketball (both boys and girls), baseball and softball.  Yes there are other sports, but these are the sports for this purpose.
The rules are these.  Where the team ends up in the final rankings they are given that many points.  No. 1= one point, No. 2= two points and up you go to No. 10.  If the school doesn’t make the top ten, that counts as a 15.  The lower the score the better you are.


No. 1 Cardinal Newman (22) (Last Year No. 3)…Last year’s No. 1 Analy scored 20 points. The only sport Cardinal Newman didn’t finish in the top ten in was softball, and they were in those rankings going into the last week of the season.  The other four teams were in the top three, including a glorious basketball season in which both the Boys and Girls were No. 1.
No. 2 Petaluma (30) (6)…For the second straight season, the spring sports gave them the big push down the stretch. Last season they were No. 3 in baseball and No. 1 in softball.  This season they were No. 4 and No. 1.  The Trojans were also No. 3 in Girls Basketball.
No. 3 Analy (44) (1)…The Tigers started the school year with the No. 1 football team.  To give you an idea of how more balance this competition was this year, the 44 points Analy had this season would have been No. 7 last year.
No. 4 Sonoma Valley (45) (10)…The Dragons Girls basketball team was the highest ranked team at No. 4. vIt is interesting to note that three of the four top teams are from the SCL.
No. 5 Casa Grande (46) (4)…Ended the school season with the No. 1 baseball team. vThey also got unexpected points from a football team, which started 0-5 and ended up in the NCS playoffs.

No. 6 Montgomery (48) (2)…The No. 2 Boy Basketball team was the power team for this year’s Vikings.  Both the Girls teams (Basketball and Softball) made the top ten after getting off to tough starts.
No. 7 Rancho Cotate (52) (NR)…the No. 2 football team powered them to this spot.  That gave them the tie-breaker edge over Windsor.  The tie-breaker is whoever has highest ranked team during the school year.
No. 8 Windsor (52) (14)…The football and basketball teams got them in the rankings.
No. 9T Cloverdale (54) (11)…The Eagles were the highest ranked team from the NCL World.  Last year it was St. Vincent, who came in at No. 7.  The No. 3 Softball team pushed them over the top.
No. 9T Maria Carrillo (54) (5)…The tie-breaker doesn’t work between Cloverdale and Maria Carrillo because they have the exact same numbers.  The No. 3 team for Maria Carrillo was in baseball.
No. 11 Clear Lake (55) (15)…Might have the biggest argument of anyone.  The undefeated baseball team only was at No. 6 and the NCS softball champions at No. 4.
No. 12 Ukiah (57) (NR)…The No. 2 softball team gets them on the board.
No. 13 St. Vincent (61) (7)…The spring teams get them here with both the baseball and softball teams in the top ten.

It's a 1 run game at Cardinal Newman! Go to ysn365.com to catch the fantastic finish live! ... See MoreSee Less

Mario Zarco gets a big strikeout as Petaluma holds on to the lead. ... See MoreSee Less