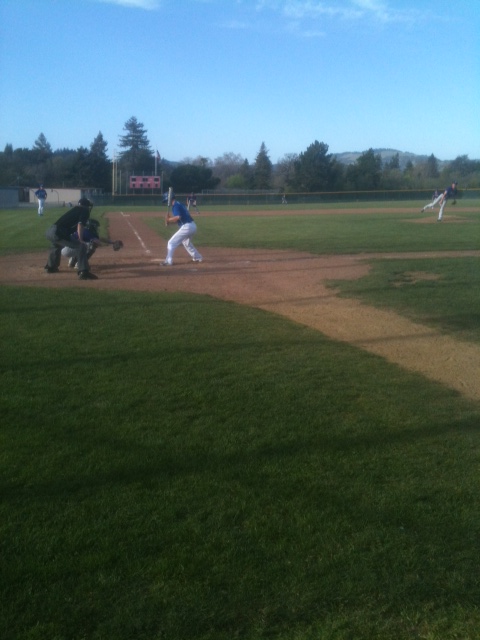 No. 1 Petaluma is at No. 4 Analy and is one of three games to kick off the Sonoma County League race.

Analy is the defending champion after running through the league race undefeated in 2012.   It was the first time Analy finished over .500, overall and in league play, since 2009 when they finished in second place in the SCL race, one game behind Casa Grande.    Overall they were 23-5, a win total they equaled last season.  The journey between the 23 win seasons was a rocky one to say the least.  Things hit rock bottom in 2011 when, in the first year for head coach Jeff Ogsten, they went 4-19 and 1-11 in league play.  They made a big step up in 2012 going 9-15 and 5-7 before busting the door down last season.

Petaluma finished second in the league race, three games behind Analy, losing the league games by 5-1 and 5-2 scores.

It will be the second time in a week that the two teams are meeting and the first meeting signaled it is a new season.  Last Thursday in the Rabinovitz Tournament Championship at Montgomery High School,Petaluma took the championship with a 6-1 win.   Analy won the tournament in 2012.

This is the time of the year where you hear the word Cinderella and the SCL race has one.  No. 6 El Molino is that as they are off to a big start.  In fact, if they can open SCL play with a win at Healdsburg Tuesday Night it will raise its record to 10-1 and be the first time since 2009 that they reached that mark when they went 13-12.  The start has earned the Lions the No. 6 spot in the YSN365.com rankings.

The SCL softball league race is also starting on Tuesday.  No. 1 Petaluma has the league bye.

The NBL Baseball race starts on Wednesday.  The NBL Softball on Thursday.