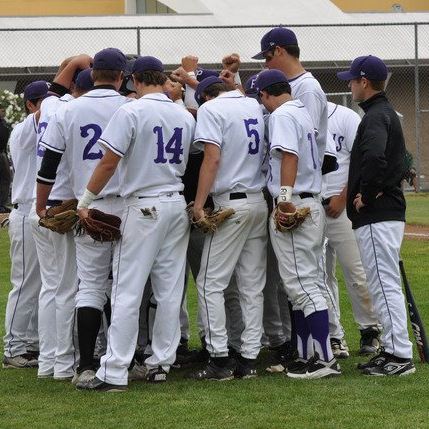 You had to know the baseball gods weren’t going to let this chance slip away.

Petaluma will meet Analy for the SCL Post Season Tournament Baseball Championship.  The game will be Friday Night at Arnold Field in Sonoma.

The final piece to the puzzle was set on Wednesday Night, when Petaluma defeated Sonoma Valley 9-4 in the second first round game.   On Tuesday Night, Analy rallied to defeat Piner 6-3.

In the Wednesday Night game it was almost like the Gods didn’t want the fans to worry.  After getting out of a second and third and one out situation in the top of the first, Petaluma sent 12 men to the plate, scoring eight times.   It was Trojans biggest inning of the season and one more runs than the Trojans scored in the two wins over Sonoma Valley combined during the league season.

The first time through the lineup there wasn’t more than a single for Petaluma, but there was a few of them.  Five of them in all, including three of them which brought in one run each.   The first extra-base hit was by Luke Wheless who hit a double.   Wheless had started the inning with a walk and scored the first run.

That double didn’t score a run.   Cameron Meyers followed the Wheless double with a double of his own, this one driving in the last two runs of the inning for the 8-0 lead.  Thomas Crumly was called into to pitch for Sonoma Valley and got them out of the inning.

Crumly actually did more than that.   Over the next four innings he allowed two base runners, one on a second inning single in which the runner was wiped out on a double play and another that he hit in the fourth.

In the fifth inning, as if the Baseball Gods were saying don’t take me for granted, Sonoma Valley made a run to get back into the game with a four run inning, the big hit a two run double by Dan Deely.   Petaluma starter Hunter Williams, who raised his record to 7-0, struck out the last batter he faced to get out of the inning.   Wheless came in and pitched the last two innings, retiring six of the seven batters he faced.   He struck out the side in the sixth, which was sandwiched around a walk.

So the two teams that had the headline moment of this season meet again.   The two teams have met three times for a combined 34 innings, which is the one inning short of the equivalent of five high school baseball games.   In the three games, Petaluma outscored Analy 14-11 but, and this is a big but, Analy won two of the three.   Both of the Analy wins were league wins, which were part of the second straight season they went 12-0 in SCL play.  Of course the two wins by Analy were most of the 34 innings the two teams have played against each other, the first one a 12 inning 9-8 win and the second going 15 that ended 1-0.

Petaluma defeated Analy 6-1 on March 19th in the championship game of the Rabinowitz Tournament at Montgomery High School.    That was five days before the two teams met in the first SCL game of the season in which turned out to be the biggest story of this baseball season.

They will add to it Friday Night.

Hannah Herrick withstood a three run fifth inning by Analy and pitched a complete game to get the win.

Sonoma Valley and Analy split two games during the league season and both finished 9-3.   The other two losses by both teams were to undefeated champion Petaluma.

Sonoma Valley will get a third shot at Petaluma in the SCL Post Season Championship game.  The game is a 4 pm start Friday afternoon at Analy High School.

A win for Petaluma will give them their fourth straight 20 win season.   In the first SCL game of the season, Petaluma edged Sonoma Valley 6-5 in a nine inning game.   Petaluma won the second game, scoring six in the third in a 7-2 win.

The St. Vincent Softball team ended the NCL II Softball play with a 12-0 victory over Anderson Valley.     12-0 was also how they ended league play.

St. Vincent had wrapped up the league championship with a 10-3 win over second place Calistoga on Tuesday.  In that game Calistoga scored two runs in the fourth inning which was the first runs off of St. Vincent in league play.

In the Wednesday win Hayley Olsen pitched her third no-hitter of the season.   After losing her first four decisions of the season, she has won her last seven.

St. Vincent, after a 1-7 start, has won thirteen straight.   Part of the reason for the slow start was because some of the players were on the Girls Basketball team, whose season ended on March 15th.

St. Vincent, the two time NCS Division V champions, is No. 7 in the Division 5 power rankings.

My email address is jacpasquin@comcast.net