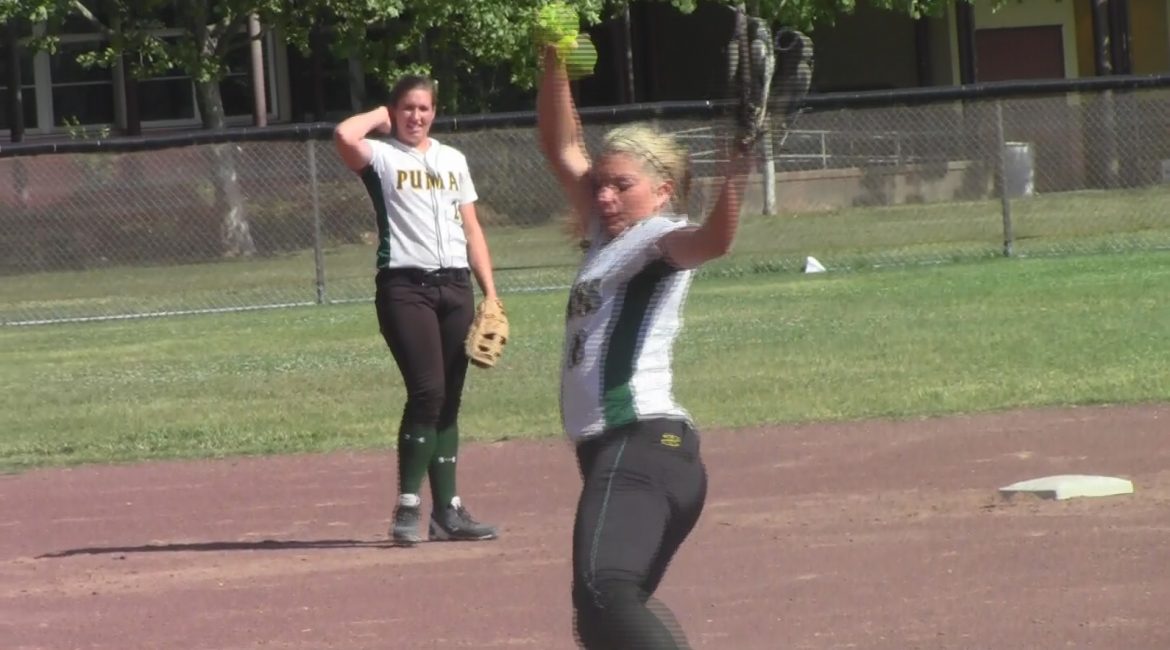 All the league championships for the NBL and SCL in the baseball and softball world are decided.

No. 1 Petaluma and No. 2 Maria Carrillo took care of the softball side of things on Thursday.

Petaluma finished off a dominating performance in a wire to wire run to the SCL championship with a 12-2 win over No. 5 Analy.    The win was the 21st straight for Petaluma and give them an 11-0 record in SCL play in which they have outscored opponents by a whopping 120-5.

Analy is 9-2 in league play, with both losses to Petaluma by a combined score of 22-2.

For Petaluma it is the second straight undefeated run through the SCL season.  They have won three straight championships, the first one in 2011 which they shared with Analy.

Maria Carrillo’s championship wasn’t as wire to wire, but down the stretch it was almost as dominating.  The Pumas wrapped up its first league championship since 2008 with a 10-0 win over Montgomery.   They have now won 11 straight and has an overall record of 18-5.

In six of the last eight league wins Maria Carrillo has scored in double figures.  In one game they didn’t they beat Santa Rosa 7-1. The other was the biggest win of the season in which they scored three runs in the bottom of the seventh to take a 4-3 win over Rancho Cotate.

There is no post season tournament in the two softball leagues.  They will finish its regular season on Tuesday.

A sport loves the scenario of last game deciding a championship.

The NCL II Baseball race has that scenario playing out on Friday.  St. Vincent meets Sonoma Academy to wrap up the NCL II race.  The two teams go into the game tied for first place.

The first meeting between the two was a thriller.  St. Vincent, the defending league champion, twice rallying from a one run deficit before taking a 4-3 eight inning win.  That is Sonoma Academy only league loss and they moved into a first place tie on April 30th when Tomales defeated St. Vincent 4-2.

This is the second season of baseball at Sonoma Academy.   In 2012 they went 4-11 overall and 3-9 in NCL II play.  To show how far they have come in a short time, in the two games against St. Vincent last year they were outscored 25-0.

The game with St. Vincent will be played at Doyle Park, which is where Sonoma Academy plays its home games.

St. Vincent has wrapped up its second straight NCL II softball title finishing undefeated in league play.  They travel into the big school world this afternoon when they host No. 4 Rancho Cotate to end its regular season.

The NCL I races are close but not decided.

In baseball St. Helena can wrap things up with a home win over Willits on Friday.  St. Helena is 17-5 on the season and 12-0 in NCL I play.  They are trying to win its third straight NCL I championship.

In Softball No. 3 Cloverdale lost its first league game of the season to Middletown on Tuesday 2-0 still has the upper hand in the league race.  They host Fort Bragg on Friday and are at Willits on Tuesday.  Cloverdale is 18-3 overall and 11-1 in NCL I play.  Clear Lake, who is finished with its league scheduled, is 12-2 and can finish with a league title if Cloverdale losses on of its last two.

The Sonoma State baseball team started a busy weekend of playoff action on a good note.  The No. 4 seed in the CCAA post season tournament defeated No. 1 and regular season champion Monterey Bay 4-0 in the opening round.  Harmen Sidhu and George Asmus combined on a five hitter with Sidhu getting the win to raise his record to 9-1 on the season.

Sonoma State took the game despite only getting two hits.  All four runs were unearned.

Sonoma State will meet No. 2 seed Cal State Los Angeles in the second round on Friday at 6 pm in the double elimination tournament.

The win over Monterey Bay all but assures that Sonoma State will be in the Western Regionals next weekend.

The Sonoma State softball team is already in the Western Regionals.  They start its double elimination tournament on Friday at Dixie State College in Utah.  Sonoma State is the No. 3 seed at will meet fellow CCAA member and No. 6 seed Dominguez Hill in a first round game that starts noon our time.

Domiguez Hills is 34-21 overall finished in fourth place in the CCAA race at 21-15 which was one game behind Sonoma State.

Sonoma State took two of three from Dominguez Hills in a series at Sonoma State in late March.

The other first round game is between No. 2 and host school Dixie State and No. 7 Hawai’i-Hilo.  That game is scheduled to begin at 2:30.

Then of course there is the SRJC baseball team who hosts the Super-Regionals this weekend.  They start the double elimination tournament at 11 am against Solano.  There is a preview of that tournament posted here at YSN365.com.

My email address is at [email protected]