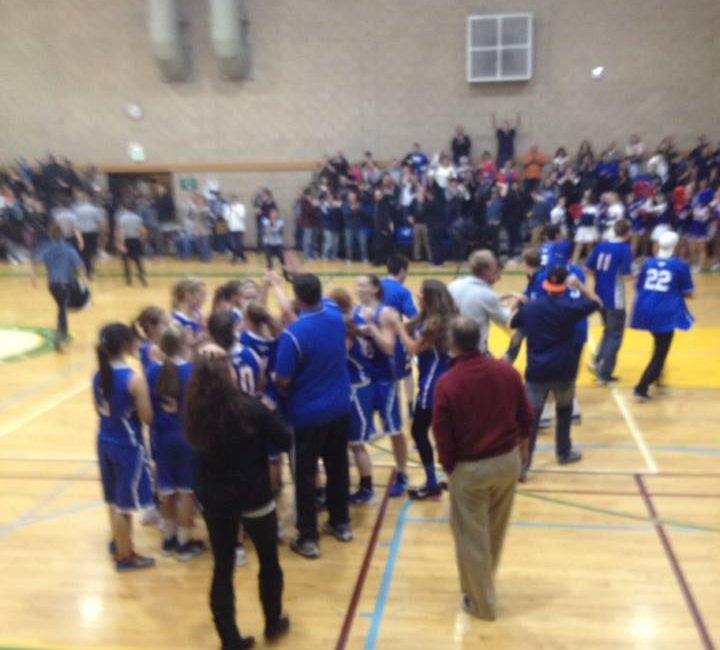 Good luck to the St. Vincent Girls in the Division 5 NCS Championship Game.   While I’m at it let me add a thank you.

St. Vincent was the highest ranked team from the small school world in the YSN365.com Girls’ rankings.  At one point they were as high as No. 4 before ending No. 5 behind Santa Rosa, Cardinal Newman, Windsor and Casa Grande, the four teams that made the NBL post season tournament.

Rating a small school that high is always dicey.  I got several comments about Willits being No. 2 on the Boys side.  There was also a couple about St. Vincent.

Willits’ season didn’t end so well (I still think they were seeded to low).

This is the only championship game that doesn’t have a No. 1 or 2 seed in it.   Only the St. Elizabeth Boys, a No. 7 seed in Division 6 Boys, is seeded higher than St. Vincent of the teams in a NCS championship game.

This is the first time that St. Vincent has made it to the NCS Championship game.   After winning two straight on the road, they are playing on a neutral court.

International is from San Francisco and finished in a three way tie for third in a six team Bay Counties West League, finishing 4-6.   The undefeated league champion Lick Wilmerding was a No. 8 seed in the Division 4 playoffs and lost to No. 1 Salesian in the second round.

That was a rematch of last years Division 6 championship won by Valley Christian.

International has had at least a twenty win season since 2010.  Last year they went 30-5.  While this is St. Vincent’s first ever NCS Championship game, this is the third straight for International.  Two years ago as a No. 6 seed they lost 70-68 to No. 1 seed St. Joseph.  They have won a combined three NorCal games in the last two years.

The two teams met in December with International controlling the game most of the way and taking a 62-48 win.

St. Vincent also lost to San Domenico in December before beating them on Wednesday to get to this game.

In the final regular season rankings SRJC was No. 9, Fresno City No. 2.  You also have two of the top five scorers in the state in this game.

SRJC Gretchen Harrigan is averaging 25.3 a game which leads the state.

The two teams met in the championship game of the San Jose Tournament in late December which Fresno City won 81-76.  In that game Wharry scored 34, while Harrigan scored 37.  It is one of seven games that Wharry reached the 30 point mark.  Harrigan has reached that mark nine times.    Each has had one 30 point game in the playoffs.

In the pre-season rankings Fresno City was No. 2.  After dropping as low as No. 8, they were No. 1 for one week on January 13th.

Fresno has won seven straight and twenty one of twenty two.

SRJC is one of three Big 8 teams in the Nor Cal final four.   The other semi-final is between Sierra and San Joaquin Delta.

Way back on November 9th, the second game of the season for both teams Fresno defeated SRJC 70-57.

A 30-2 record for Fresno City only got them a No. 6 ranking in the state. They were No. 1 all of January.   Then dropped to No. 2 without a loss and then lost its second game which dropped them even further.

In the second round win, Fresno City held off Cosumnes River the team that fought SRJC for the Big 8 title until the last game.

After dropping two of three to end the first half of Big 8 play, SRJC has won ten straight.   SRJC has won eighteen of twenty after a 3-6 start.

The winner of these games moves onto to the State Final Four which is next weekend at Cerritos College in Norwalk.