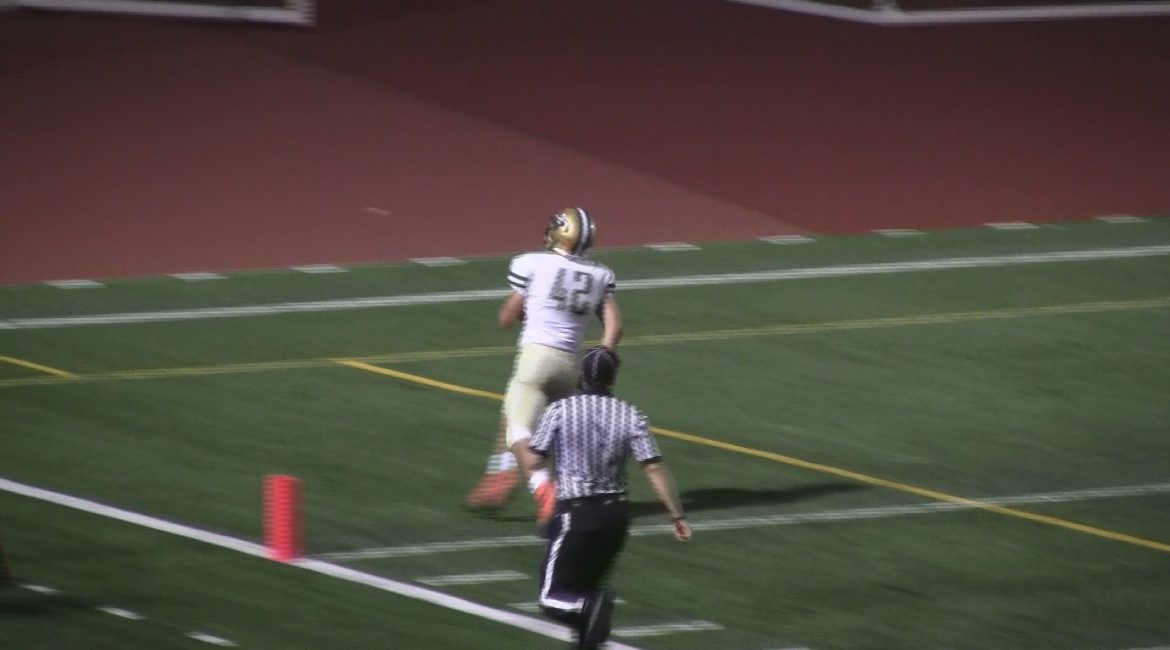 No. 1…Casa Grande (5-0)…(Last Week 1)…No team has hit the 20 point mark against Casa Grande and they have scored 30 points in four of five games.  Nice combination.    Hard to believe they have never been 5-0 before.   So it is already a historic season and so much left to do.

No. 2…Analy (5-1)…(3)…This team is underrated in most rankings that include Bay Area teams.   Heck this team may even be underrated here.  They are coming off a historic year and haven’t fallen back much.

No. 3…Montgomery (4-1)…(5)…Okay we wanted them to show us they were back and they did with the win over Cardinal Newman in a game they controlled most of the way.  It would have been highway robbery if that field goal would have been good and they lost that game.

No. 4…Rancho Cotate (4-1)…(4)…Did what they were supposed to do against Ukiah.  Three of the next four weeks they have road games at Montgomery, Casa Grande and Cardinal Newman.

No. 5…Cardinal Newman (3-2)…(2)…Says a lot for the character of the team that they were in position to win that game against Montgomery.   They are now in position to try to hang on to a home game in the power packed Division 3, and they have two of the teams ranked ahead of them on the schedule.

No. 6…Middletown (4-1)…(6)…Their league is going to hurt their chances of moving up any further, but they are taking care of business in a big way.  It is big game week against St. Helena.  They are looking at a No. 1 seed in the NCS Division 5 playoffs.

No. 7…Maria Carrillo (3-2)…(7)…The Pumas are having a good season.  It is the moment of truth this Friday when Casa Grande comes to town.

No. 8…Calistoga (5-0)…(10)…Gained a couple of spots even though they had a bye.  They can equal last season’s six win season this week.

No. 9…Healdsburg (4-2)…(NR)…Really didn’t want to do this but this is the way it worked out.  Three straight weeks an SCL team is ranked here.  The last two weeks the No. 9 team had Analy on the schedule and…well you know what happened.   Was going to put them at No. 10 to break the streak, but see No. 10.