RANKINGS: NOT MUCH OF A CHANGE AS WE HEAD INTO HOME STRETCH 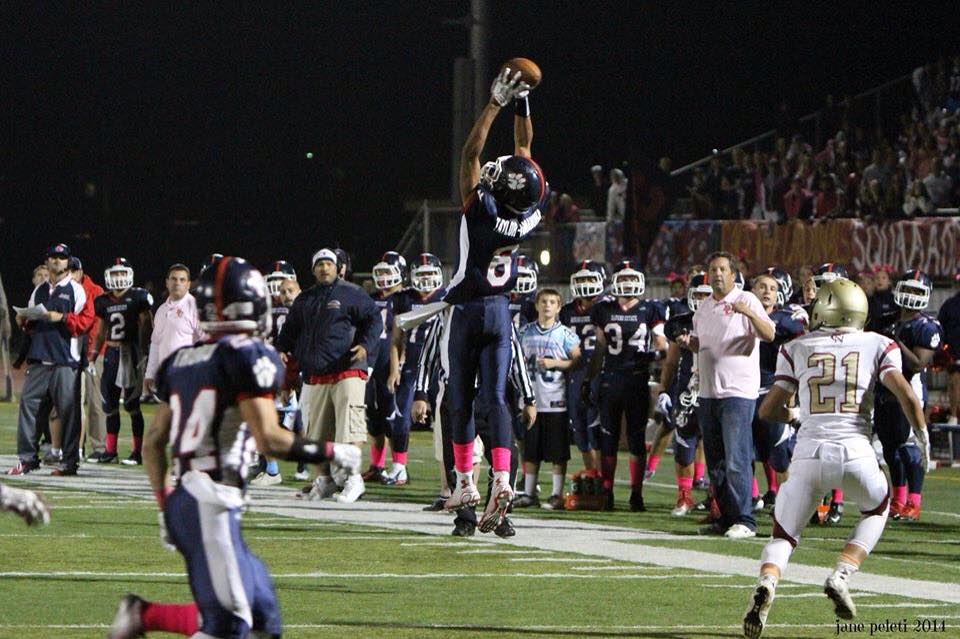 This is a situation where there is a lot more paperwork than news.  There is one minor change from last week. The top four has been the same teams (in different orders) since the beginning of the season.
No. 1 Analy (Last Week No. 1) (5-1)…Two weeks into league play and two more reasons why it looks like Analy will win another SCL championship.   Quarterback Will Smith went over the 1,000 yard passing mark on the season.   The question is if Analy is just on a three year role or will this become routine.   Over the last two plus years they have been too good for the SCL.  Maybe they should trade spots with one of the NBL teams.
No. 2 Windsor (2) (6-0)…The defense bails the offense out to stay undefeated.  In this era of high scoring offensive shows it is refreshing to see a solid defense.   Windsor is giving up an average of 10.4 a game which is the lowest in the area.   In four of the six wins they have given up seven points.   They go about their business with little respect.   They are barely mentioned in the regional rankings and aren’t seen in the Nor Cal rankings.  Cal-Hi Sports has them at 25th in the Bay Area.
No. 3 Rancho Cotate (3) (4-2)…Speaking of high scoring offensive shows, it is almost unbelievable that it was 3-0 Cardinal Newman halfway through the second quarter.   The offense keeps the streak going of scoring at least 28 points in every game and is averaging 44 a game.  They had another 400 yard game for the offense, which they needed every bit of.   Last year, a mishandled snap cost them a shot at a win over Cardinal Newman.  This year a mishandled snap gave them gave them a shot at a win over Cardinal Newman and they took advantage of it.
No. 4 Cardinal Newman (4) (3-3)…The Cardinals average score this season is 36-33.   That will keep defensive coaches up at night.   Something else that will keep defensive coaches up at night is preparing for Jordon Brookshire.   The 250 yard rushing game against Rancho Cotate puts him over the 1,000 yard mark on the season.  As a team Cardinal Newman is averaging over 300 yards rushing per game.  If you have been following the rankings over the years, it shouldn’t be a surprise that they don’t get punished for that loss.
No. 5 St. Helena (5) (6-0)…One of two local teams to go to 6-0 and No. 6 is the big game of the season with the win over Middletown.  Even in his worst rushing game of the season running back Jahaiver Otero scored three touchdowns to give him ten rushing scores on the season.  Quarterback Jack Preston had over 300 yards in total offense for the third time this season.  St. Helena is still the highest local team in the rankings for a state playoff berth at No. 6 in Division 4.
No. 6 Montgomery (6) (2-4)…It is what could have been for the Vikings as they just miss against Windsor.  This comes under the category of not being punished for such a close loss to a higher ranked team.   The NCS playoffs look promising.   They are 2-1 vs. Division 2 teams and have two D2 games left, against Santa Rosa and Casa Grande.  A split of those two games would get them in.   A good finish and they could get a home game.
No. 7 Middletown (7) (4-2)…The losing close to a higher rank team rule being used a lot this week.  The two teams Middletown has lost to have a combined record of 10-2.  They end the regular season with three of four games at home.  They look in good shape to host a first round playoff game.
No. 8 Fort Bragg (9) (4-2)…Coming off its most impressive win of the season over a good Kelseyville team.   Fort Bragg has played one team under .500 on the season and won that game 55-0.  Gave Middletown all they could handle.  Finish the regular season with three of its four games at home including one against St. Helena.
No. 9 Maria Carrillo (8) (3-3)…After two close losses to start NBL play they are able to get a close win. This could be a season defining game as they host Rancho Cotate this week.  They are in a similar situation as Montgomery in that they are 2-1 against D2 teams and have two games left.  They play Windsor and Casa Grande.   A split will qualify them for the playoffs and a home game isn’t out of the question.
No.10 Petaluma (10) (5-2)…Style points wise it doesn’t look very good, but that was a nice win over a Healdsburg team that is better than what its record indicates.  The win makes them eligible for the NCS playoffs.  It is a bad break that they are in Division 3.   Hopefully the NCS doesn’t play a joke on them like last season and puts them against Analy in the first round.   Outside the 2009 team that went 12-1, will give them their most wins since 2005 when they went 7-4-1.
HONORABLE MENTION…Cloverdale, El Molino, Tomales
PLAYER OF THE WEEK…Yusef Kawasami, Petaluma…Rushed for a season high 233 yards and two touchdowns in the 31-28 win over Healdsburg.  Kawasami’s touchdown runs were from 35 and 64 yards in the first half as Petaluma took a 21-7 lead.   Kawasami has rushed for over 750 yards on the season and has hit the 100 yard mark in three of the last four games.
ONE LAST NOTE:  My thoughts go out to the Santa Rosa running program and for that matter all running programs in general.  They know what I am taking about.   I feel your pain.
My email address is jacpasquini@comcast.net