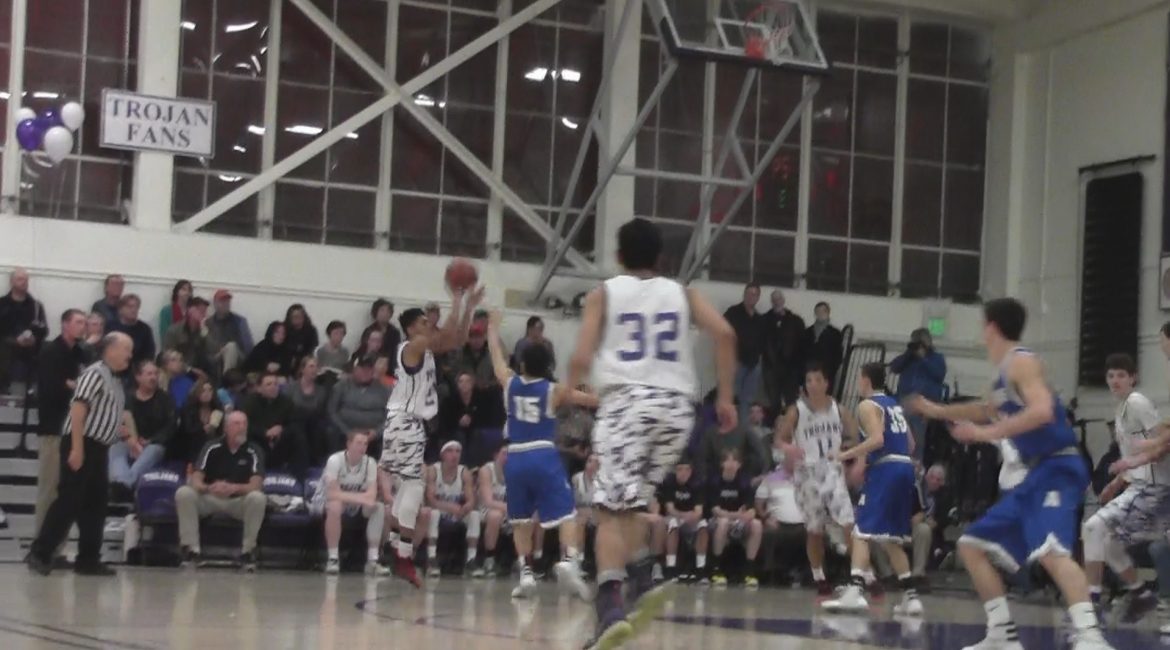 Friday ends the league season for the North Bay League and Sonoma County League.
The endings have some meaning to them.
In one league you probably have what relates to a playoff game and in the other, you still have to decide both the Boys and Girls League Championship.
PLAYOFF LIKE FINISH
The league that has what relates to the playoff game is in the NBL. The playoff like game is No. 6 Santa Rosa at No. 5 Montgomery. It appears they will be playing for a spot in the North Bay League Post Season Tournament. In fact, they will be if Ukiah wins their game, which has to rate as at least a good chance. The Wildcats are at Rancho Cotate, who is 1-24 this season and hasn’t won a NBL game since 2012.


Montgomery, Santa Rosa and Ukiah go into the game at 8-5, which is tied for two of the last three postseason spots. The only way Montgomery and Santa Rosa both get in, is if Ukiah losses to Rancho Cotate.
In the first meeting, Santa Rosa went overtime to beat Montgomery 57-50. That was the game that the Panthers threw up three 3 point shots in the last ten seconds of regulation. The last one was by Tommy LaVine who hit it at the buzzer to tie the game. It is the first time Santa Rosa has beaten Montgomery in over a decade.
No. 7 Cardinal Newman is 9-4 and sewed up a tournament spot with a 49-46 win over Santa Rosa on Wednesday. The Cardinals end the regular season with a home game against Casa Grande. If they win that game, they will get a home game in the first round of the North Bay League Post Season Tournament, which is next Wednesday. If Casa Grande pulls off the upset, the home game is not a sure thing. That is when the tie breakers come into play and there are a few scenarios based on the Montgomery-Santa Rosa winner.
One thing that is a sure thing is No. 1 Windsor is the NBL champion and will host a first round game in the NBL postseason tournament. Windsor can end the league season 14-0 with a win at Maria Carrillo.
DECIDING SCL CHAMPIONS
On the Boys side No. 2 Analy has clinched a tie for the championship and a home game for the first round of the SCL post season tournament. Analy does well in the tie-breakers and it appears they have sewed up the No. 1 seed. They can wrap all that up officially and a solo-championship with a win at Elsie Allen on Friday. If they get all that, they would host Healdsburg in the first round.
The other tournament game would be No. 3 Petaluma against No. 4 Piner. Both teams go into the last game 8-3. Piner is hosting Sonoma Valley and Petaluma is at Healdsburg. Piner has the tie-breaker advantage to host the first round game.
As for the Girls is having a strange finish to it. Usually they league games are on the same night. That isn’t the case to wrap things up. There is one game left and that is tonight with No. 2 Sonoma Valley hosting Piner. A win by Sonoma Valley and they will end in a first place tie with No. 4 Analy for the SCL crown. Analy finished its league season 11-1 on Thursday, with a 56-20 win over El Molino.
Either way, because of the tie-breaker, Analy will be the No. 1 seed in the SCL post season tournament. If Sonoma Valley does win tonight and the race ends in a tie, the automatic NCS berth will go to the team that does the best in the post season tournament.

WRAPPING IT UP
The No. 1 Cardinal Newman Girls’ team put a wrap on their second straight undefeated NBL championship with a 73-22 win over Casa Grande. Cardinal Newman is 22-4 overall and has now won 35 straight NB L regular season games dating back to 2014.
No. 6 Santa Rosa won its second place game with No. 7 Montgomery 59-50.
If I’ve got the tie-breakers figured right the first round of the NBL post season tournament on Tuesday will be Montgomery at Cardinal Newman and Ukiah at Santa Rosa.
NBL Championship night is on Saturday February 20th at SRJC.
NCL I BIG NIGHTS
Even after the action Friday, the NCL I still will have one game left But the huge games in both the Boys and Girls races are happening.
The Boys big game was Thursday Night and it was one sided. Jayson McMillan scored 25 as No. 8 Cloverdale ran away from No. 10 Lower Lake 79-43. Cloverdale is 21-4 overall and have a one game lead over Lower Lake with one to go. Both teams end the league race on Tuesday, with home games, Cloverdale against Fort Bragg and Lower Lake against Clear Lake.
For the Girls the big game is tonight with No. 3 Kelseyville at No. 5 Middletown. Kelseyville is 21-3, 12-0 in NCL I play and has a 13 game winning streak. Middletown’s only league loss was in the first meeting against Kelseyville, by a 55-42 score.
My email address is jacpasquini@comcast.net
Share