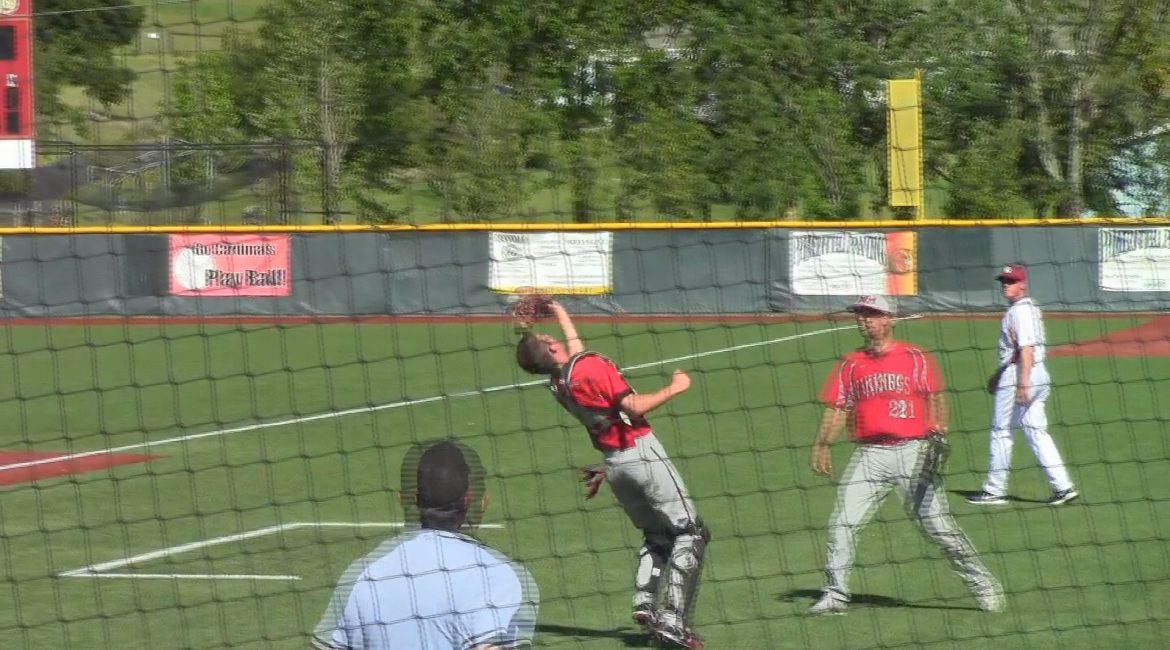 When doing the YSN rankings they are always subject to debate and sometimes leads to some lively back and forth between management and customer.    This spring, weekly rankings have had some comments, but not all that much.

That is probably because there is no debate at the top.

The arch rivalry of Petaluma has controlled the top of the baseball and softball rankings.  It is very rarely that a team gets a No. 1 ranking at the beginning and keeps it to the end, but that is what is going to happen in this spring season.  One or both of the teams could lose between now and next week when the last rankings are posted, and the position at the top won’t change…probably.

Those teams are of course, Casa Grande in baseball and Petaluma in softball.

If it wasn’t for the first game of the season, we would be scrambling to see when the last time a baseball or softball team went undefeated.

On February 26th, Casa Grande lost to Wood of Vacaville 4-2.  Since then they have twenty one straight.

On March 7th, Petaluma lost the Pinole Valley 2-0.   Both runs were scored in the seventh inning.   Since then they have won nineteen straight.

Petaluma’s run has been more dominating than Casa Grande, especially during league play.  Casa Grande had that remarkable run of one run games.  Petaluma has outscored opponents 91-2 in league play.

To be fair the NBL Baseball race is more balanced than the SCL Softball race.   Casa Grande has turned dominating themselves.   Since the nine straight one run wins that started league play, the last three games they have outscored opponents 27-1.

All the dominating that Petaluma has done, they still have some work to do to wrap up the SCL crown.   They have a one game lead over Analy with three to go and host the Tigers this Thursday.  In the first meeting Petaluma took a 10-0 win which is Analy’s only league loss.

What adds to the excitement of these two teams is when the NCS playoffs and both have a great shot at a No. 1 seed.  Both have earned it, not only with its record, but with impressive out of league wins.

For Casa Grande it was on March 12th when they went on the road and defeated Campolindo 9-3, breaking a tie with a six run seventh.   Campolindo is 13-6 on the season and the No. 5 in the Division 2 power rankings.   They have also won the Division 2 NCS championship the last three years.

Petaluma has a good shot at a No. 1 seed.   That is mainly because of its 2-1 win over Alhambra on Saturday.  Alhambra went into the game No. 1 in the NCS Division 2 power rankings with Petaluma at No. 2.

If you’re a Giant fan, (or even you are not) you remember the 2012 run to the World Series Championship and how many times they appeared dead.  But they survived elimination game after elimination game and at the end had a parade.

The SRJC baseball team had a similar kind of weekend.   After losing Game 1 on Friday, they won two elimination games on Saturday, one going 11 innings and the other a one run game with the game ending with the potential tying and winning run on the bases.  The details of the Saturday doubleheader are posted at this website.

So after some time to reflect and let out a sigh of relief, they move onto the Super Regional which is this weekend.  There are four Super-Regionals around the state this weekend with the winners moving to the state final four.   They are each a double elimination format.

Since SRJC is a No. 1 seed they are hosting one of them.  The action begins on Friday at 11:30 when SRJC meets No. 14 Solano at the SRJC field.  No. 5 Chabot meets No. 6 San Joaquin Delta are the other two teams and meet at 3 pm.

San Joaquin Delta finished in third place in the Big 8 race behind SRJC and Sierra who tied for first.  Sierra is the No. 2 seed and hosts the other Northern California Super Regional.

The State Final Four will be held at Fresno City College the weekend of May 17th.   That is also a double elimination format.

WHEN MONDAY WAS A GOOD THING

For most of us a Monday is a rotten way to end the weekend.

For the Sonoma State softball team they were waiting for Monday after not a good weekend.   After winning its first CCAA post season tournament game, they lost two games on Saturday and were eliminated.  So instead of playing more softball during the weekend, they had to wait until Monday morning to see if they would be part of the NCAA Division II playoffs.

They got good news and turns out they didn’t have to fret about it.

For the fifth year in a row they made the playoffs and have been place in the West 2 regional which begins Friday at Dixie State University in St. George, Utah.   Sonoma State is a No. 3 seed of the eight teams in the West region.   They will meet No. 6 Cal State Dominquez Hills in the first round on the double elimination tournament Friday at 3 pm.

Four of the West Regional teams are in the West 2 bracket.  The other two are No. 7 Hawaii-Hilo and No. 2 Dixie State who play in the second game at 5:30.  The tournament runs through Sunday, with the winner going to the Super West Regionals the following weekend.   The goal is a trip to Salem, Virginia May 23rd to May 27th for a shot at the NCAA Division 2 championship.

The other four teams in the West will be playing at Arcata, where Humboldt State is the No. 1 seed.  Humboldt State won both the CCAA regular season and post season tournament championship.  They are the No. 5 team in the country.

Just two more weeks of rankings, as believe it or not the post season begin next week.

No. 1 Casa Grande…The NBL champions has a say on who will join them in the post season tournament.  They have a home game with Cardinal Newman and a trip to Montgomery to finish the regular season.  Both are battling the other two for a spot.

No. 2 Analy…One win away from an outright SCL championship.   They want to take care of things against Healdsburg on Tuesday.  Have a game with second place Petaluma on Friday.

No. 3 Maria Carrillo…Young team coming together as they carry a four game winning streak in the final week.    They don’t end the season easy with games with Montgomery and Cardinal Newman.

No. 4 Cardinal Newman…Tough loss to Rancho Cotate hurt, but they are still right in position for a spot in the NBL post season tournament.  They end the season at Casa Grande and then have a home game with Maria Carrillo.  It is almost like the NBL is having a version of the post season tournament to end the regular season.

No. 5 Piner…They led Analy for a couple of innings.  Solid turnaround season continues.  They will be playing after the regular season is over.

No. 1 Petaluma…If you asked most people they would have predicted a loss to Alhambra.  Still they have the big game with Analy looming.

No. 2 Maria Carrillo…Nine game winning streak and a magic number of two to wrap up NBL championship with three games to go.

No. 3 Cloverdale…This is as high as the Eagles can get because of its schedule.   On the verge of winning the NCL I title.

No. 4 Rancho Cotate…Shutout by Cardinal Newman basically ruins chances of NBL title.  They are the only team that can steal the NBL championship from Maria Carrillo, but they need a lot of help.

No. 5 Analy…Back in the rankings just in time for its showdown game with No. 1