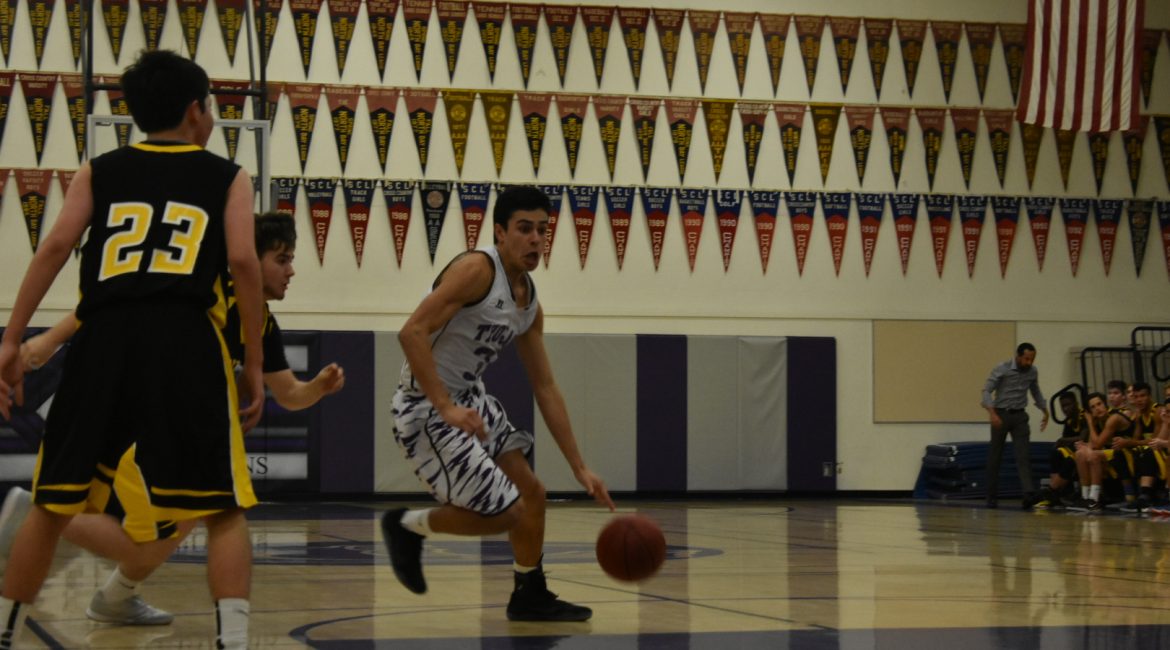 With the local football season over, the entire scene shifts to basketball. With some big games this week, there could be some exciting non league action. These are the big games in the Redwood Empire this week.


Casa Grande @ Petaluma-Wednesday at 7:30pm
This will be the second meeting this year, and the fourth in the past two years. The Gauchos got the better of the Trojans 37-34 in an exciting game Saturday at the Brett Callan Memorial Tournament. Last year, it was the Gauchos again getting a three point win in the tournament. Last year, however, in the regularly scheduled game, Petaluma got the 61-49 win at the big house. This year’s game will be at Petaluma’s gym as the Trojans will look for revenge. This game will be emotional for the Trojans for a pair of reasons. The first was mentioned above, and the second involves assistant coach Nick Iacopi. Iacopi, whose dad’s name is in Casa Grande’s gym, is in his first year coaching at Petaluma after coaching the Casa Grande JVs for many years. Iacopi, and head coach Scott Behrs, also a Casa Grande alum, will have a lot on their minds while trying to coach their teams in what should be a packed house Wednesday night at Petaluma.

Marin Catholic @ Cardinal Newman-Thursday at 7:00pm
Cardinal Newman has Damian Wallace back for the first time since his sophomore year in 2014-15. Him and Bradley Morato led the Cardinals to the Consolation Championship at the Callan tournament. Cardinal Newman goes up against a struggling WIldcat team. Marin Catholic comes off of a 1-2 finish in the Roy Ghigerri invitational. The Cardinals will have to stop three year player Joey Calcaterra and his outside shooting if they want to advance to 6-1 on the year.

Petaluma @ Montgomery-Friday at 7:00pm
These two teams met in the Callan tournament and the Vikings got the better of the Trojans. Evan Paulsen had 22 points including a dozen from three point land. Alex Soria also had a big night getting inside and getting to the free throw line. For this game, they’ll have to contend with the outside shooting of Austin Paretti and Colin Stremlau. And if 6-8 center Joey Potts can also be limited, it’ll be a bonus for Montgomery. Petaluma will have to be on the lookout for the Montgomery perimeter shooting of Paulsen, Soira, Ryan Merriken, and Tyson Timko.
Share
Copyright (c) 2016 Splash.
Theme by StylemixThemes.