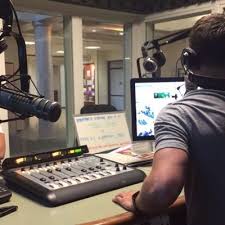 January 30, 2017
Kenosha, Wis. – The Kingfish are excited to name Rylan Kobre as the new broadcaster for the 2017 season. Kobre, a current Junior at Boise State

University, will serve as the radio voice of the Kenosha Kingfish, write feature stories and serve as the travel coordinator.
“Kobre’s broadcasting experience and enthusiasm for the sport will be a valuable asset to the Kingfish organization,” said Kingfish general manager Zac Pallissard, “Kingfish fans are going to love his energy and life that he will bring to the radio broadcasts.”
A native of Santa Rosa, California, Kobre began his broadcasting career announcing backyard whiffle ball games and dreaming of being a broadcaster for the Oakland Athletics. Before officially moving to the broadcast booth, he was a three-year starter and All-Conference Baseball and Basketball player at Montgomery High School.
In his first year at Boise State, Kobre appeared on two sports radio shows, one specifically covering baseball. His broadcasting career took off his sophomore year when he began hosting a morning sport radio show covering Boise State Athletics as the Assistant Sports Editor for Boise State’s newspaper and covering minor league baseball for the Colorado Rockies fan site Roxpile.com.
At the end of his sophomore year, he was named the Program Director/General Manager of Boise State’s Radio Station, currently, Kobre hosts a morning show and holds an internship at CBS Sports Radio’s “The Ticket” 93.1 working on the “Bob and Chris Show.”
“I am extremely excited to work for the Kingfish and bring my passion to the broadcast as they battle for a Northwoods League Title,” states Kobre, “I’m looking forward to giving Kingfish fans across the country a quality broadcast every night, and will try and replicate the same attention to detail and work ethic that Robert Sherman has brought to the booth the past two seasons.”
You may contact him via e-mail at [email protected]
Follow him on twitter @RylanKobre13 for updates on Kingfish baseball or head to soundcloud.com/ylanobre to hear some of his work.
Merchandise for your Kenosha Kingfish is on sale now. For more information on Meijer 7-game packs, season or group tickets, please visit KingfishBaseball.com or call 262.653.0900. The Kingfish Ticket Office powered by Platinum Systems is open from 9am to 5pm, Monday through Friday at Simmons Field, 7817 Sheridan Road in Kenosha.
###
The Kenosha Kingfish are a member of the finest developmental league for elite college baseball players, the Northwoods League. The 23-year-old summer collegiate league is the largest organized baseball league in the world with 20 teams, drawing significantly more fans, in a friendly ballpark experience, than any league of its kind. A valuable training ground for coaches, umpires and front office staff, 160 former Northwoods League players have advanced to Major League Baseball, including Cy Young Award winner Max Scherzer (WAS) and MLB All-Stars Chris Sale (CWS), Jordan Zimmermann (DET), Curtis Granderson (NYM), Lucas Duda (NYM) and Ben Zobrist (CHC). All league games are viewable live via the Northwoods League YouTube channel. For more information, visit www.kingfishbaseball.com or download the new Northwoods League Mobile App on the Apple App Store or on Google Play and set the Kingfish as your favorite team.

Pledging to support ysn365 enables us to do more videos covering the multitude of Youth Sports. We also provide much needed news stories and information about many local athletes and teams, all made possible by support from the community. You can specify any amount you choose. ... See MoreSee Less