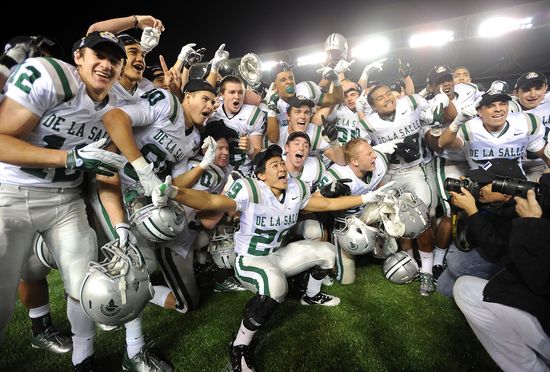 “The CIF is pleased to bring the State Football Championship Bowl Games to Sacramento State,” said CIF Executive Director Roger Blake. “We are excited to be holding this event at a facility which has hosted events such as the USA Track and Field Outdoor Championships and will allow for a memorable experience for our student-athletes.”

Sacramento State is no stranger to hosting high school football events, having hosted CIF Regional Football Championship Bowl Games in 2012 and 2014. Hornet stadium has also hosted several high-profile events, most recently the 2014 USATF National Championships.  Additionally the stadium has hosted the 2000 and 2004 Olympic Trials for U.S. Track & Field and 2011 World Masters Championships. Sacramento State has also been home to the NCAA Outdoor Track & Field Championships in 2003, 2005, 2006 and 2007.  Hornet Stadium currently seats 21,195, with an artificial playing surface.

“We are thrilled to have the opportunity to welcome the best high school football teams in California to Sacramento,” said Mike Sophia, Director of the Sacramento Sports Commission.  “The CIF is a tremendous organization and a great partner, and we are committed to providing a true championship experience for the student-athletes, coaches and fans.”