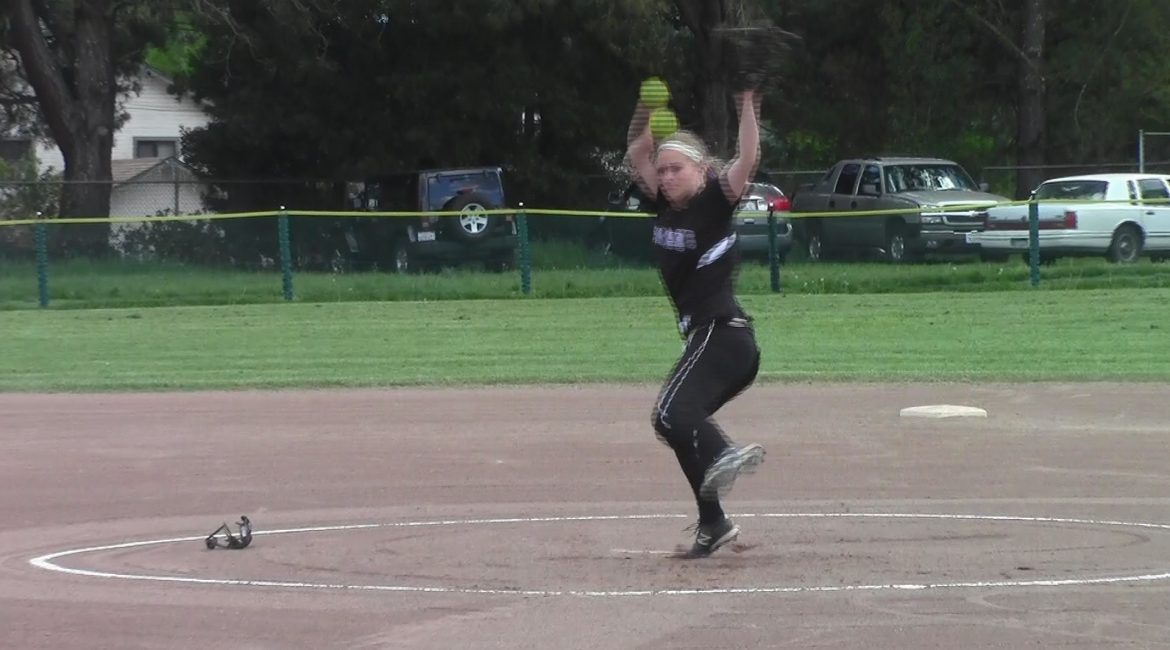 Yes, Analy and Petaluma had its two showdowns for first place, which they split, but the biggest turn of events of the day changed the NBL Softball race.   The change was as sudden and swift, as it was shocking.

It involved Rancho Cotate and Santa Rosa, who in the local rankings are two teams that have been looked at differently.  Rancho Cotate has been in each of the four weekly rankings here at YSN including No. 4 this week and hasn’t appeared in the PD.

Santa Rosa meanwhile has been in the PD every week, including at No. 1 the first two weeks.  Meanwhile at YSN, they made the rankings once and then dropped out.

Rancho Cotate went into the game at Santa Rosa the only undefeated team in the NBL and looked like they were on its way to staying that way.  A sixth run fourth gave the Cougars a 7-1 lead, which they carried into the bottom of the sixth.

Alison Wendler got heads turning when she hit a three double in the sixth, which was part of a four run inning to cut the lead to 7-5.

Still it looked like a feel good score as Rancho Cotate was one strike away from the win.  They didn’t get it.  Instead Megan Fassold hit a three run double on a two strike-two out pitch in the bottom of the seventh to give Santa Rosa the league changing 8-7 win.  It was the third hit of the game for Fassold, who is a freshman and is batting .440 on the season.

Last week it was commented here that the NBL Softball race has the looks of the NBL Girls Basketball race as far as competiveness.  Well now the standings show that. Maria Carrillo drew even with a 6-0 win over Montgomery, so both teams are now 4-1.

It could have been a three way tie but in its first game as a team in the YSN rankings, No. 4 Windsor was upset by Ukiah 2-0.  Madison Klee pitched a two hitter to give Ukiah its first NBL win of the season.

So now the race is on.  Windsor drops to 3-2 and are tied with Casa Grande who scored at least five runs in three innings in a 21-4 win over Cardinal Newman.

The race would be at the halfway point if it wasn’t for rain that wiped everything out two Thursday ago. One of those games will be made up today (Wednesday) when Rancho Cotate travels to Montgomery.  Rancho Cotate then hosts Windsor on Thursday.

The first place showdowns between Analy and Petaluma went to the road team.

On the baseball side, No. 2 Analy now has a two game lead at the halfway point after a 5-2 win over Petaluma. Jae Wagner and Garrett Hill combined for a four hitter.  Wagner has won four of his last five decisions and has an ERA of 1.22 on the season.  Hill retired the last four batters to get his first save.

Analy travels to Sonoma Valley on Friday, who is tied with Petaluma for second place two games back.   The Dragons are the defending champions and has won four straight since a 0-2 start.

The softball game belonged to Petaluma’s Dana Thomsen ,who pitched a five inning perfect game in a 10-0 win over No. 2 Analy.  The win leaves No. 1 Petaluma the only undefeated team in the SCL race.

Thompsen is 9-1 on the season and has an ERA of just over 1.00.  As a team Petaluma, after losing its first game, has won thirteen straight.

The video highlights of the softball win are posted here at YSN365.com

Analy and Sonoma Valley each has one league loss and meets in Sonoma on Thursday in a game that ends the first half of league play.

Rancho Cotate actually ended the first half of league play on Tuesday with a 9-0 win over Windsor.

Cardinal Newman is at Maria Carrillo, who is in fifth place at 3-3 and start the second half at Casa Grande on Friday.

The SRJC baseball team wasted a lot of time and energy with an 11 inning 8-7 loss to San Joaquin Delta in a Big 8 game on Tuesday.

That is the bad news.  The good news is that they still moved closer to the Big 8 championship because second place Sierra lost to American River 9-4, so the lead is still two games with five to go.

The other good news is this wasn’t the state playoffs which start in two weeks.    SRJC trailed 6-1 after six and rallied to take a 7-6 lead going to the bottom of the ninth.

San Joaquin Delta is a team that SRJC could see come playoffs time and also stay alive in the Big 8 race getting within four games of the lead.   The second game of the three game series is on Thursday at SRJC.