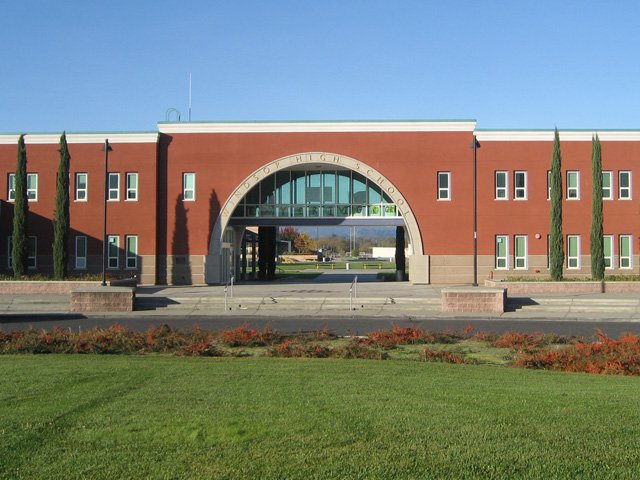 A Saturday that didn’t have much action, started out like the one-sided theme of Friday Night.  The local teams were on the right side of these one-side games.  Then late Saturday came a big rally, but it wasn’t enough to take away a nice win.

Windsor was almost the victim of the big rally.  They took a 29-6 lead into the fourth quarter and had to recover an onside kick in the last two minutes to control the win.

That was after they intercepted two passes in the first quarter and jumped out to a 16-0 lead.

Colin McAlvain passed for 112 yards and a touchdown and rushed for another as Windsor jumped out to the big early lead.  Two interceptions set up a touchdown and a field goal in the first quarter.

After leading 23-6 lead at the half, Windsor intercepted two more passes in the third quarter, but could only get two field goals from Teddy Tevaras to give them a 29-6 lead heading into the fourth quarter.

It got a little nerve racking at the end when Nate Wudstra ran for two scores, including one from 60 yards out which was part of a 195 yard night. A field goal with 1:46 left cut the lead to six, but Windsor recovered the onside kick and raises its record to 2-1.

This goes under the category as a good win despite Washington’s 0-3 record.    The first two losses were to Bay Area Top Ten teams including a 28-14 loss to Campolindo.  On Friday night Campolindo defeated the El Cerrito team that defeated Cardinal Newman the week before 35-7.

Montgomery made it three straight with its win over Washington of San Francisco.  The Vikings scored two touchdowns in the third and fourth quarter.  Logan Francavilla rushed for 149 yards and three touchdowns.

This is a good time to remind:

Lower Lake pulled away in the second half to raise its record to 2-1.  Isiah King returned an interception 69 yards for one score and had a 70 yard run for another.  His interception was one of three defensive touchdowns for Lower Lake who pulled away from a 13-7 halftime lead.  Eric Moreno rushed for 147 yards and a touchdown.

As promised here are the details of the Bear Cubs raising its record to 3-0.

SRJC scored the last twenty eight points of the game to rally for a win for the second straight week.

Sacramento took a 21-7 lead with 1:37 left in the first half.  The Bear Cubs went on a seven play drive to score before the half on a 21 yard touchdown pass from Mike Pierson to Logan Pierson.  It was of three touchdown passes Pierson threw which was part of a 355 yard passing game.

SRJC went into the game as the No. 16 ranked team in the state.   They are in the Nor Cal league which has six teams, five of which has started 3-0 including SRJC.  The other four teams are all ranked higher than the Bear Cubs including No. 1 San Francisco and No. 2 Butte.

SRJC has two more games before league play kicks in.   The next three weeks they have home games against teams that are 3-0 and ranked higher than they are starting next week against No. 5 American River.

Just noting…Middletown is going to have its appeal hearing held for the two forfeits on Tuesday.   There is a nice story from Bob Padecky about the situation in the Sunday Press Democrat…The YSN365.com first rankings will be posted on Monday.  The rankings were made more confusing by Campolindo defeating El Cerrito.   After Cardinal Newman lost to them the week before it was just assumed El Cerrito was that good.  Campolindo is good but that score surprised everyone.    Campolindo won 42-27 in a game that wasn’t decided until there was two minutes left…El Cerrito is 2-2 on the season.  The teams they have played are a combined 11-2 with both the losses to El Cerrito.  Those teams were a combined 45-7 last year.