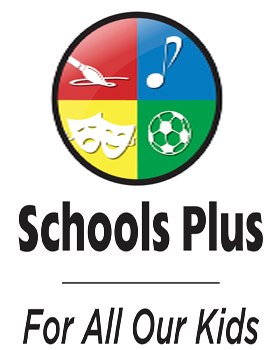 It has been an interesting first two days of National Prep Classic in Santa Maria, California.

On Day One, playing the first game of the tournament, it started late when the team Montgomery was supposed to play had transportation issues and the opponent was changed at the last minute.

After winning that game the Vikings had a long wait for Game 2.  It was a very long wait.

The first part of the long wait was finding out who they would play in Round Two.   After playing that first game of the day, the two teams that played for the spot to play them played the last which was nearly 10 hours later.   The team turned out to be El Camino Real of Southern California, which was the team that was expected.    They have a pretty good resume, especially recently.  Over the last two seasons the Division1 school went 52-12 and had were one of the highest rank teams in the state.

After an 8-3 start this season they are ranked even higher and according to MaxPreps is one of the top thirty teams in the country.

The wait for this game continues on Saturday.  This was the last scheduled game of the day of the tournament.   There were 15 games played in this tournament and this one was schedule to start at 8:30 Saturday night.  It was the eighth game of the night and as tournaments go sometimes, things ran late.

Once the game started it turned out to be a good one.  If there is such a thing as a good loss this would be it.  Montgomery was in the game until the last minute before dropping a 52-43 decision.  We will try to get more information on this game, but can tell you it was a four point game with a minute left when El Camino Real scored the last four points of the game.

Things don’t get much easier for the Vikings in their next game.  They play Orange Lutherian who was a favorite in this tournament and was upset last night.

Windsor came this close to winning its own tournament before falling to Washington 50-49.   Windsor had the game’s last shot.   Curtis Johnson scored 20 points to lead the Jaquars who dropped to 7-4.

Maria Carrillo took third place with a 57-46 win over Northgate.  AJ John scored 23 points as they move to 8-4.

NOT ALL BAD NEWS FOR WINDSOR

The Windsor Girls team is starting to like this West Coast Jamboree thing.  Last year they won the Coral Bracket and this year are playing for the championship.

Windsor had a big third quarter and defeated Campolindo 53-45.  Kerianne Noonan scored 13 points and Jessica Barbosa added 12 to raise their record to 9-1.

Windsor meets Sheldon of Sacramento, who is a Division 1 school, in the championship game.   The game will be played at 6 pm.

Santa Rosa bounced back from its first loss of the season with a 68-65 win over Deer Valley.

This will be a good win come playoff time.  Deer Valley, who is a Division 1 team, went into the game 7-2.  Last season they went 17-10 which broke at least a ten year streak of 20 win seasons.

Morgan wasn’t the only story of the game.  Devin Murray added 25 points and Katie Daly scored 12 and had ten assists.

It should be pointed out that Santa Rosa is in one of the toughest brackets in the tournaments.   It won’t get easier when they play in the Consolation Game on Monday against Brea-Olinda a Division 1 team from Southern California.  This program won the Division 1 state championship in 2009 which was the first of three straight 30 win seasons.

WHERE TO PUT THEM

The first YSN365.com basketball rankings will come out early next week.   This is not going to be easy.

One problem will be where to rank small school Willits in a big school world.

Willits does have wins over Maria Carrillo and Ukiah.  Both of those teams will be in the rankings somewhere.

Willits raised its record to 10-2 by winning the Rincon Valley Christian tournament easily.  They won the championship game over the host school 61-35.

The two losses by Willits were by a combined six points against teams with a combined record of 15-5.

One of those teams is a small school also and could sneak into the Top Ten as well.