Scary Injury for Rancho QB in Loss to Vanden 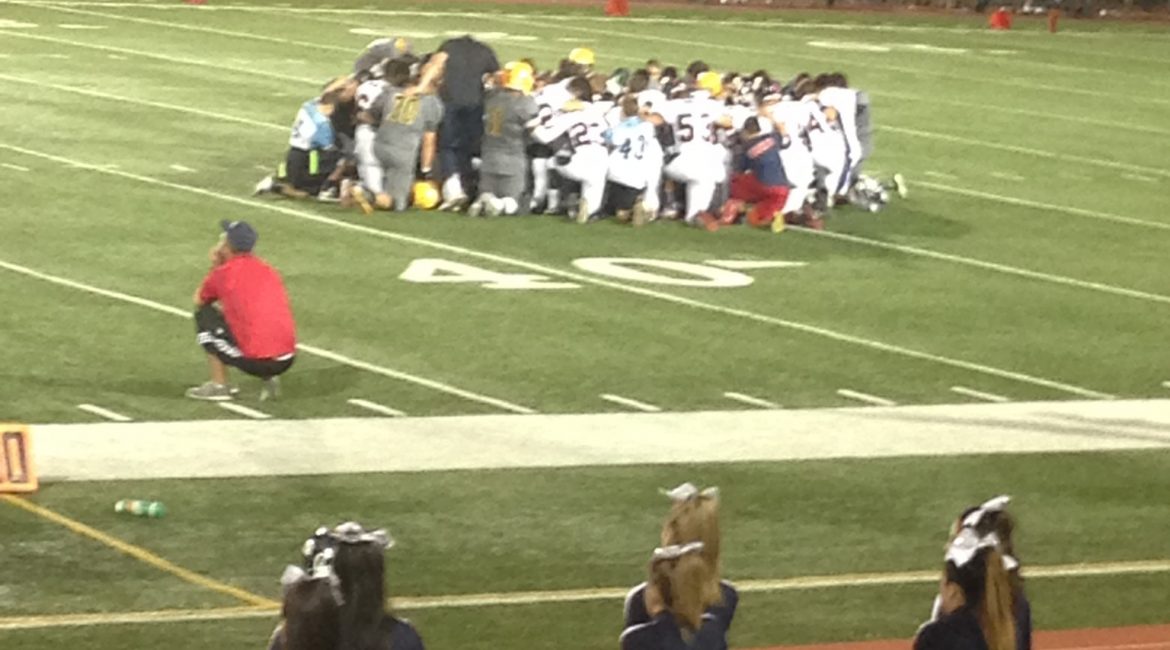 Rancho Cotate Quarterback Gunner Medford took a big hit in the 4th quarter and was taken off the field and to the hopital in a stretcher.  He was motionless for several minutes but did give the crowd a thumbs up signal as he left the stadium.
Initially it was reported as a possible concussion, but he is home today and feeling better.
The Cougars were rallying from behind at the time of the injury and on the next play Vanden blocked a punt for a sccop and score to go up 27-14 and eventually won the game 33-28 on a last second TD pass.