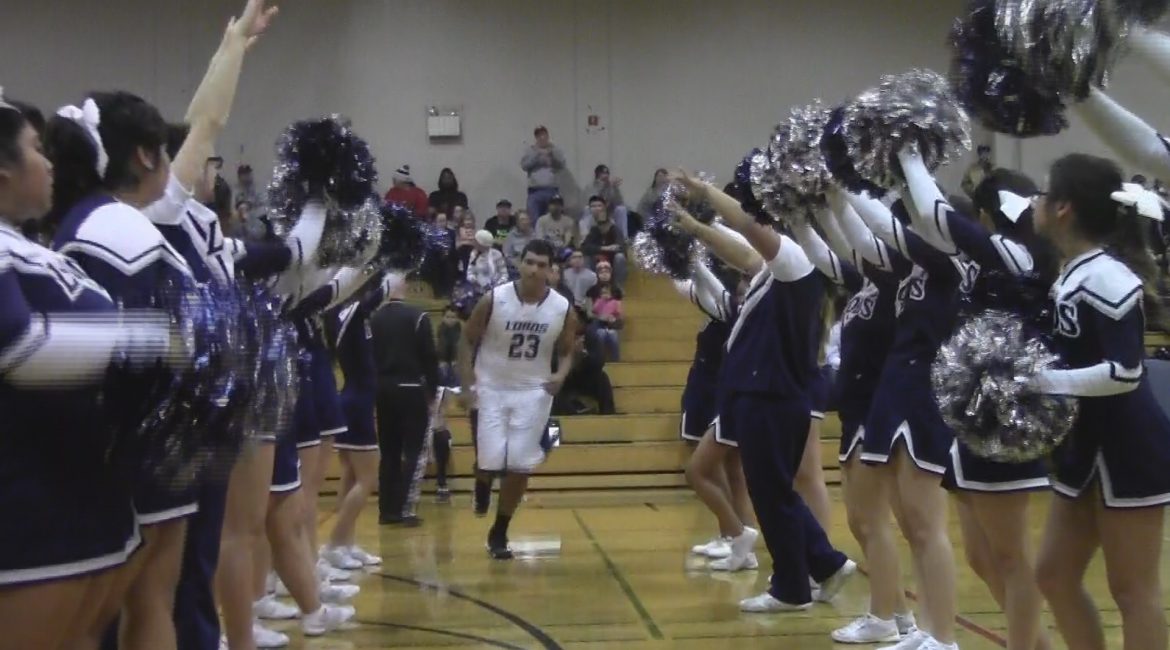 This was almost a week to remember for the Elsie Allen Lobos.

It might still be when it comes to the process of growing into a good team.

Forty eight hours after going on the road and defeating the SCL second place team, Piner, they went for a special double and tried to scream to the world that “We are here” with a win over the first place, league monster and No. 2 Analy.

The No. 8 Lobos did let everyone know they are here, but after having the lead early in the fourth quarter, they couldn’t finish it off losing to Analy 60-50.

The difference in the game was the battle of the junior point guards, who will both be on the SCL All-League team and both put on quite a show.

The difference was that Analy guard Malcolm Jenkins saved his best for last on both offense and defense.   Jenkins scored a season equaling high 29 points, which included 13 of Analy’s 17 fourth quarter points.   Usually when a guard goes off like that you expect to see that he hit a bunch of threes to get that point total up.   Not in this case.   Jenkins didn’t have any three’s and that isn’t really a big part of his game.   While leading Analy in scoring with a 14.1 average, he has hit a total of six 3 point shots on the season.

If that was all Jenkins did it would have been more than enough, but he also guarded Elsie Allen’s junior point guard Joe Hoeup.   While he was scoring all those fourth quarter points, he clamped down on Hoeup in the fourth quarter holding him to one field goal which came with :40 left and Analy by then had the game pretty much in hand with a 47-40 lead.

Those fourth quarter numbers makes it sounds like Hoeup was invisible.  He wasn’t.

Hoeup is the Lobos leading scorer averaging 17.5 a game and three point shot is a big part of his game.   He is averaging two a game and had five in this game, which is the most he had since the third game of the season and was the only Lobo to score in double figures with 21 pints.

Hoeup was the Elsie Allen offense early.   He scored all of Elsie Allen’s first quarter point when Analy made it seem like this would be your typical Analy-Elsie Allen game by jumping out to a 13-5 lead.   Analy went into the game 3-0 against Elsie Allen since they joined the SCL last year, and the closest game was by 29 points.  That is what this one was looking like.

But Elsie Allen showed this isn’t your normal Elsie Allen team.   A 9-0 run to start the second quarter gave them the lead and it was game on until Analy pulled away in the fourth quarter.  From that point to the first two minutes of the fourth quarter there were eight lead changes and three ties.

The final lead change was on a basket by Jenkins (who else?) which made it 37-36 with 6:30 left.  After Elsie Allen missed two free throws, Grant St. Martin stuck a three for his only points of the game and Analy was on its way.   Jenkins scored nine of the ten remaining points, including hitting four of six from the line.

Analy has won eleven straight and are 17-6 on the season.  They have won twenty nine straight league games with the last loss on January 19th, 2012, which was to Windsor 73-55.

The win also clinched a tie for the SCL championship, the Tigers fifth in six years.   Four of those have been outright championships and they can make it five with a home win over El Molino Saturday night.

Elsie Allen is 16-8 on the season and are still two games short of the school record for wins set in 2007-08 when they went 18-11.  The Lobos still have at least three games to get that record.  The last two league games and the first round of the SCL post season tournament.   They are also hoping to have a chance in the NCS playoffs.

This might be the start of a very competitive rally.   Seven of the ten starters are juniors including all five for Elsie Allen.   Jenkins is one of the two junior starters for Analy.

Analy just missed wrapping up the league title on Thursday.  Second place and No. 5 Piner was forced overtime before edging Sonoma Valley 66-65 .  Keith Adams scored 25 to lead to the way.

Analy leads Piner by two games with both teams having two games to go.   Analy ends the regular season at Piner next Thursday.

In the other SCL game on Thursday, Healdsburg got its first league win of the season with a 49-47 win over Petaluma.  Landon Courtman scored the last of his 14 points with a basket at the buzzer.  He also had 14 rebounds.  Gus Morris scored 15 for the Hounds.

This was supposed to be a rebuilding year for Cardinal Newman.

Rebuilding or not, one fixture of the NBL season is Cardinal Newman competing for an NBL championship.  That is the case this season.

No. 6 Cardinal Newman avenged a 34 point home loss to No. 4 Maria Carrillo earlier this season with a 59-47 win on the Pumas home court in a battle for second place in the NBL race.   Connor Rubattino and James Ryan each scored 18 points for the Cardinals.

Casa Grande got off to a big start with a 28 point first quarter and defeated No. 7 Ukiah 67-55 in a game they had a 24 point halftime lead.  Casa Grande is now a half game back of Ukiah in the race for the final spot in the NBL post season tournament.

In the other game, three scored in double figures as Santa Rosa got its second league win of the season with a 56-49 win over Rancho Cotate.  Overall Santa Rosa is 10-12 on the season.