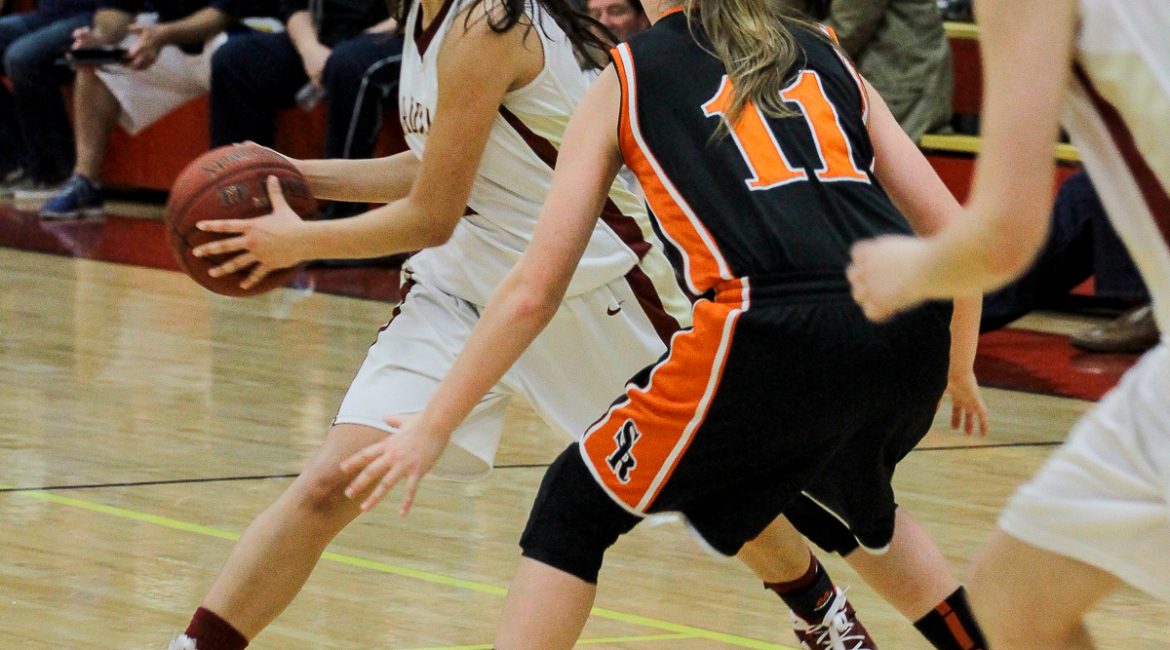 When the NFL had its Conference Championship games they couldn’t yell that these are the games we wanted, so everybody yelled it for them.   That was the day we had a Brady-Manning and Niner-Seahawk Championship day.

The same can be said about these high school playoffs.  The leagues can’t come out and say they are happy about a certain matchup, but after day one you can say they aren’t sad.

The SCL Boys and NBL Girls championship games are set and both were the headline games of the 2014 league season.

SCL BOYS—WHAT CAN THEY DO FOR AN ENCORE?

It is going to be hard for Analy and Piner to match the games that they played during the regular season but they will give it a shot when they play for the SCL Boys Post Season Championship.   The game will be at Analy High School Thursday Night at 7 pm.  Note the game time: 7 pm.

The two teams split the league games with the difference a combined three points and when you add the time together when the winning points were scored, it adds up to seven seconds as both games had a playoff atmosphere.

Both teams advanced by taking care of things on their home court in the round one game.

Analy didn’t have much suspense its game defeating Sonoma Valley 60-32.   The Tigers jumped out to a 16-2 first quarter lead and weren’t threatened after that.

Chance Ortega and Malcolm Jenkins combined for 28 points to lead the Tigers.  Ortega also had a game high 13 rebound, as Analy raises its record to 19-8.    A win over Piner not only will give them their third straight and fifth SCL Post Season Tournament Championships in six years, it will give them a twenty win season for the sixth straight year.

Piner defeated Elsie Allen in the other Semi-Final game that had a little more suspense.  Piner had the beginning and end, while Elsie Allen had the middle.  In the end Piner took a 61-45 win.

Much like Analy, Piner had a big first quarter as they blitzed out to a 16-5 lead.  Elsie Allen did have an answer and came back to tie the game in the third quarter.

It was all Piner after that as a 12-6 run gave them control and they followed that up with a 12-2 finish to win going away.

Keith Adams scored 16 points to lead Piner who is now 17-9 and will be looking for its first Post Season Tournament championship since 2009 when they were in the NBL.   The win might have also gotten them into the NBL Division 3 playoffs.

It was Piner’s first win in the Sonoma County League post season tournament.   Last year in their first year in it they lost in the first round to Healdsburg.

Elsie Allen is still at a school record tying 18 wins.  They will have to wait until Sunday and see if they will get another chance at the school record.   The Lobos are a bubble team for the NCS Division 3 playoffs.

Not they will bring the matchup to SRJC when they meet for the NBL Girls Post Season Championship on Saturday Night.   Game time will be at 6:30.

The NBL regular season co-champions didn’t have to much worry as their semi-final games went down the stretch.

Cardinal Newman’s win wasn’t as one sided as Santa Rosa’s but they were in control most of the way.   A run in the second quarter gave them a 12 point halftime lead.   Casa Grande did cut the lead to eight on a three pointer as the third quarter ended by Brooke Santander, who led the Gauchos with 13 points.

Casa Grande scored ten points in the third quarter, which was its highest scoring quarter of the night as the Cardinal Newman defense clamped down.

Cardinal Newman has an eight game winning streak and is 21-6 on the season.

Santa Rosa was without one of its twin towers.  They did have the other one.

Junior Devin Murray scored a season equaling high 26 points, to lead Santa Rosa to a 59-38 win over Windsor.   Murray didn’t play in the fourth quarter.  The Panthers scored the final 12 points of the third quarter to give them their biggest lead at 53-21.

The other part of the twin towers Morgan Bertsch didn’t play because of the concussion she received in last week’s game at Cardinal Newman.

It is Santa Rosa’s third trip to the NBL Post Season Championship game in four seasons.  The Panthers, who are 25-2 this season, has split the other two games.

For Windsor and Casa Grande it is a wait until Sunday when they find out where they will be for the NCS Division 2 playoffs.  Windsor should get a home game in at least the first round, Casa Grande is hoping for one.

The SRJC Men’s basketball team has clinched a tie for the Big 8 League championship.

The next order of business is going for the whole thing.

On Tuesday Night, SRJC pulled away in the second half and defeated Diablo Valley 64-53 to make it seven straight wins and an overall record of 18-8.   The last loss was to Diablo Valley.

Devone Oliver and Matt Hayes combined for 42 to lead the Bear Cubs, who wrap up the regular season at home against Cosumnes River on Friday.

Cosumnes River defeated Modesto on Tuesday Night to stay one game behind SRJC.

THE OTHER HALF NOT SO GOOD

It wasn’t too long ago that the SRJC Women Basketball team looked like a lock for the Big 8 Championship.  Now they need some help.

SRJC has lost three of five and is now 18-10 on the season.   When they started that five gave streak they had a two game lead in the Big 8 race.   They are now one game behind San Joaquin Delta.