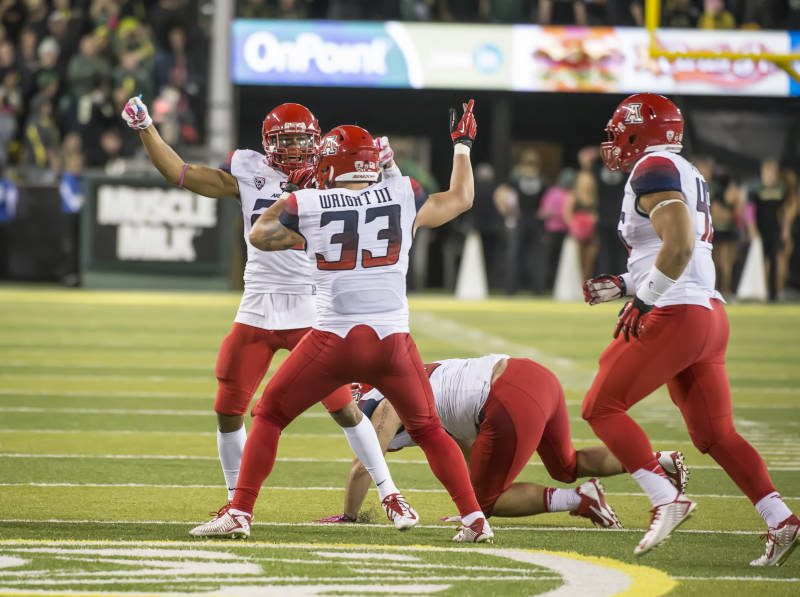 Pat Tillman Defensive Player of the Year – Scooby Wright III, LB, Arizona: Wright, a sophomore from Windsor, Calif., anchored an Arizona defense that captured its first-ever Pac-12 South division title, while leading the Conference in forced fumbles (6) and ranking third in the nation in sacks (14). A finalist for the Chuck Bednarik Award, Bronko Naguraski Trophy, and Rotary Lombardi Award, he led both the Conference and the nation in tackles for loss, recording 27.0 total and averaging 2.25 per game.
Wright helped spearhead a defense that forced two or more turnovers and scored a defensive touchdown in each of its last four games en route to clinching the South title. Wright, who recorded 139 tackles this season (11.6 avg), helped the Wildcats to their first 10-win regular season since 1998. The sophomore was selected as the Conference’s defensive Player of the Week three times this season and earned Pac-12 honorable mention honors as a freshman last season.