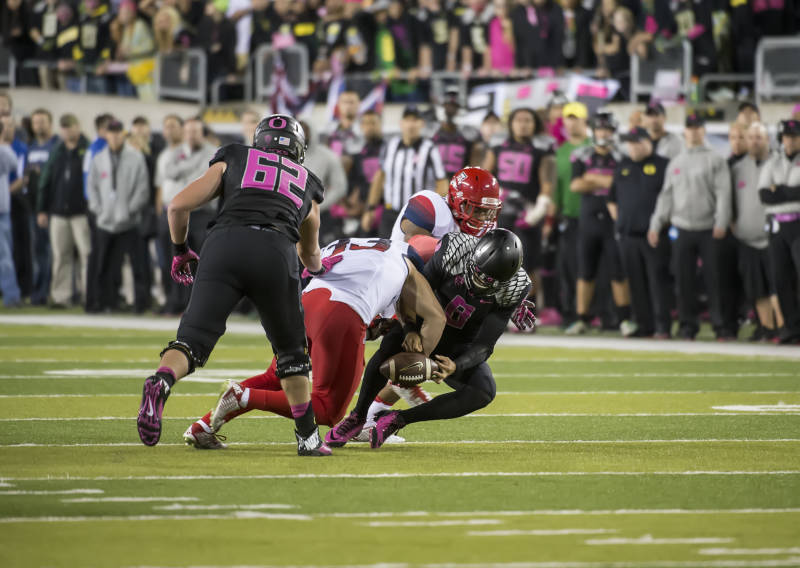 Former Cardinal Newman Star Scooby Wright has been named the 2014 Rotary Lombardi Award winner, given to the nation’s standout Division I college football lineman.
The 6-foot-1, 246-pound Wright recorded 89 solo tackles (27 tackles-for-loss), 14 sacks and helped lead the No.10 Arizona Wildcats to a Territorial Cup victory, a Pac-12 South title and a spot in the VIZIO Fiesta Bowl as a sophomore.
Wright’s latest achievement comes just a few days after he won the Bronko Nagurski award Monday night, which is given to college football’s top defensive player.