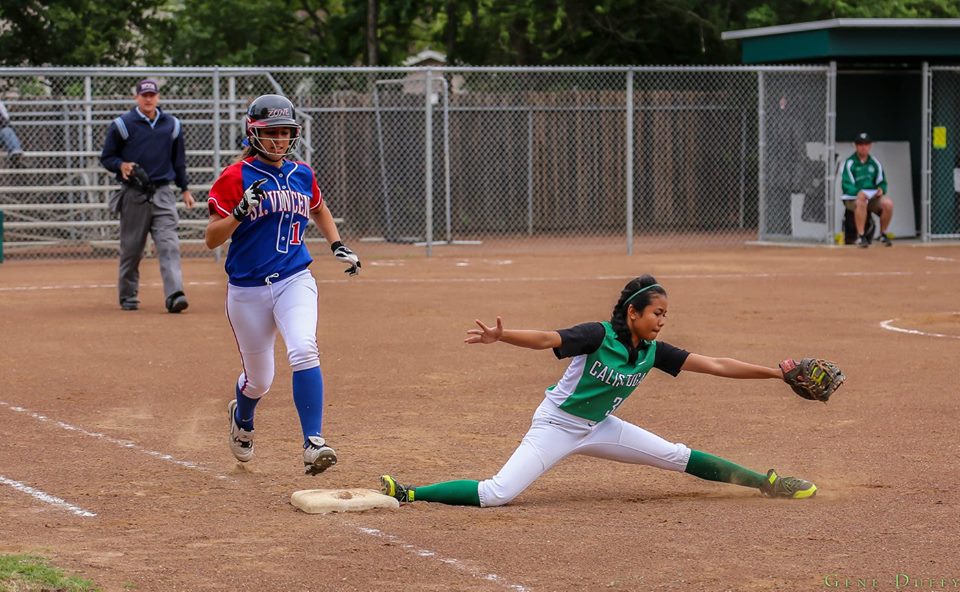 The debate on who is No. 1 has changed.  Is it Petaluma or Ukiah?  Both teams are this close to a league title.
The two teams did meet back on March 12th.  It was the fourth game of the season for Petaluma, the second for Ukiah.
It wasn’t your typical kind of suspenseful low scoring softball game.  Petaluma took a 19-11 win, scoring 15 (that’s right 15) in the second inning.
The two teams could see each other again come playoff time.  Both teams are in Division 4.  In the power rankings, Petaluma is No. 4 and Ukiah at No. 5
No. 1 Petaluma (17-2) (Last week No. 1) …Had only one game and that was a win to give them a seven game winning streak.  They are on the verge of fourth straight solo SCL title.
No. 2 Ukiah (16-4) (3) …They have the longest winning streak in the area, baseball or softball, at twelve. They are in the top twenty in one of the regional ranking.
No. 3 Cloverdale (5) (13-4)…In eight games they have given up more than one run only once, and that was in the 13 inning 2-1 loss to Clear Lake.
No. 4 Clear Lake (6) (13-5)…This is a coin flip with Cloverdale for No. 3 and 4.  Clear Lake has won nine straight.  The tie-breaker between in the two games that they split, Cloverdale outscored Clear Lake 3-2.
No. 5 Sonoma Valley (8) (13-8)…Defeated Analy for its biggest win of the season to move into second in the SCL race.
No. 6 Rancho Cotate (14-6) (3) …Snapped a three game losing streak with a much needed win over Santa Rosa. 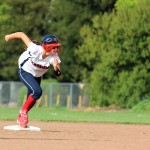 No. 7 Analy (7) (11-10)…Settles into third place in the SCL race after loss to Sonoma Valley.  Schedule set up for a nice finish going into the playoffs.
No. 8 Maria Carrillo (10) (7-10)…The record isn’t pretty, but they are sitting in second place and the only team other than Ukiah that has a shot at NBL title.
No. 9 Cardinal Newman (NR) (9-6)…Back in the rankings after a three week absence.  That was after a two win week which included a 12-0 win over Montgomery.
No. 10 Montgomery (4) (10-9)…Lost two games, including one to Cardinal Newman.  Overall they have a three game losing streak.
POWER RANKINGS
No. 1 (Last week No. 1) Petaluma
No. 2 (2) Ukiah
No. 3 (3) Rancho Cotate
No. 4 (4) Cloverdale
No. 5 (5) Montgomery
No. 6 (6) Lower Lake
No. 7 (10) Cardinal Newman
No. 8 (8) Clear Lake
No. 9 (7) Analy
No. 10 (8) Casa Grande
THE RACES
NORTH BAY LEAGUE
With Ukiah having a two game lead, the race looks like it is for a spot in the NBL post season tournament.  Rancho Cotate, Montgomery and Cardinal Newman are one game apart in the loss column for the final two spots.  The only head to head game this week is on Thursday when Montgomery goes to Rancho Cotate.  Montgomery also meets second place Maria Carrillo on Tuesday.
Ukiah does have games against Cardinal Newman and Maria Carrillo this week.
SONOMA COUNTY LEAGUE
Petaluma still has a two game lead on Sonoma Valley and the two teams meet again in Petaluma.  That game hasn’t appeared on the schedule.  It is a make-up game.  Petaluma could have the league title wrapped up by the end of the week.
Four teams for post season tournament are set.  Analy and Piner will join the top two teams.
NCL I
Cloverdale defeated Lower Lake to hand the Trojans their second league loss.  Clear Lake and Cloverdale each have one league loss, Lower Lake has two.  Lower Lake still meets the two leaders on the road.  Neither game is this week.
NCL II
Calistoga’s winning streak is now at eight, which keeps them one game ahead of St. Vincent.  The two teams meet Friday at St. Vincent.
My email address is jacpasquini@comcast.net