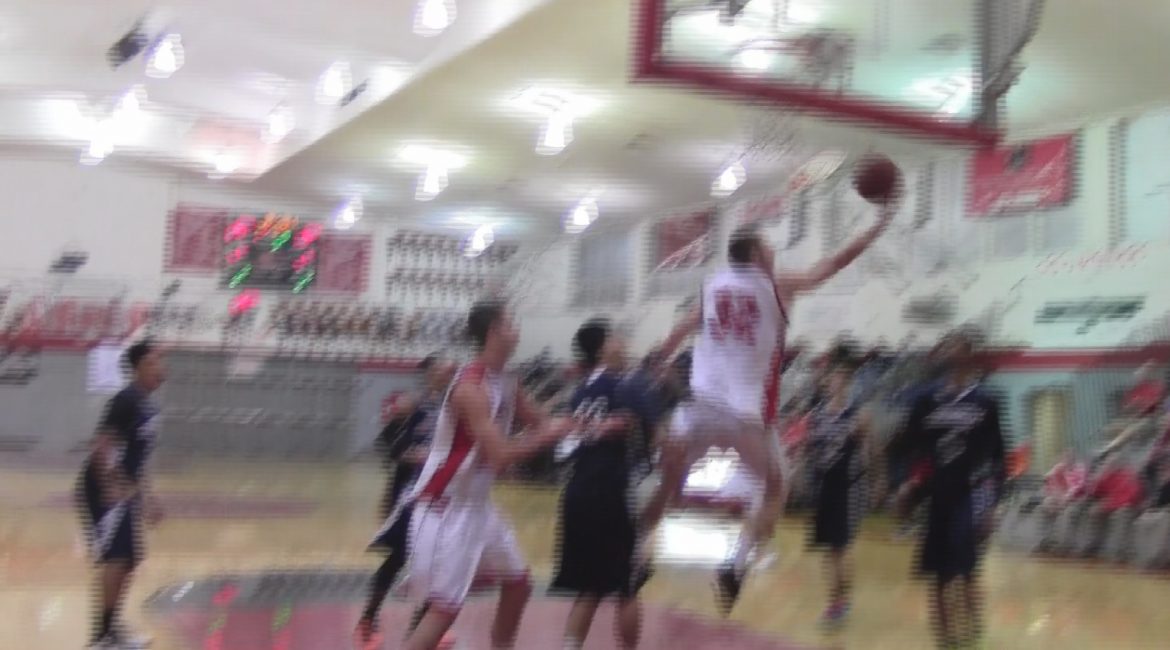 Santa Rosa and Cardinal Newman will meet for the second time this season on Saturday Night.   The way the brackets were set up for the 32nd annual Sonoma County Classic, if that game came about, it could have been for the Tournament Championship.  Instead both dropped close games that went down to the final minute in one and the final seconds in the other, and the two teams will be playing in the third place game.   That will be followed by the Championship Game, which will be between the two teams that have won this tournament the last two years, Mt. Eden and Acalanes.

The two games had different personalities but ended in virtually the same place.

One game was tight from the start. The other started like a blowout.

The first game between Santa Rosa and Mt. Eden was the tight one. In the first quarter it seemed like every score was a lead change or a tie.  It seemed that way because until the last score, it was.

The next two quarters didn’t have the lead changes, but stayed close before reverting back to a lead change fourth quarter.

In between the first and fourth quarter Mt. Eden led most of the way.  In fact they led all of the way until the last basket of the third quarter when Daniel Cresta, who led the Panthers in scoring with 17 points, hit a three pointer which gave Santa Rosa a 28-27 lead.  That ended a seven point run, which wiped out what was Mt. Eden’s biggest lead of the game.

The fourth quarter turned was similar to the first.  Five lead changes and two ties.  It looked like it was set up for a dramatic finish, but after a basket by Rudy Gutierrez tied the game with 2:30 left, Santa Rosa didn’t score again.

What turned out to be the winning basket came on the next possession and it was set up on a brilliant pass by Salafai Osimalo who was the game leading scorer with 19 points.  Osimalo fed Curtis Keeting Jr. for a layup which barely beat the shot clock buzzer.  Keeting would score the game’s final points on the next possession.

While that game looked like it would come down to the final seconds, the way Acalanes-Cardinal Newman started it didn’t seem like there was any chance for a close finish.

Cardinal Newman had about as bad a start as you could have.  They didn’t score a field goal until the first minute of the SECOND quarter when Connor Rubbattino hit a three pointer.   Acalanes had taken a 19-2 lead after one.

Talk about your day and night, after the two point first quarter in which Cardinal Newman was two of six from the free throw line, they put up 21 in the second quarter to get to within ten at the half.

After giving up a three to start the third, Cardinal Newman chipped away and got it to within 40-38 with 1:30 left in the quarter and had the ball.  They missed a three pointer on that possession and after hitting a free throw, Acalanes got the ball back and as he was being fouled, Zack Kisner hit a desperation three pointer with 3.1 left.  He missed the free throw, but when Joey Hewitt scored the first hoop of the fourth quarter to make it 46-38, it looked like the rally had been squashed.

After graduating most of the State Championship Game team of last season, Cardinal Newman has been a work in progress.  One thing they seem to have is character.  With everything that had gone wrong at the beginning of the game and then in the streak after they cut it to two, they didn’t fold.  In fact they almost won it.  They put on a 10-2 run and when Conner Head, who was the game leading scorer with 19, hit a three with 2:10 left it tied the game for the first time.

There was some wild play in the last two minutes and Cardinal Newman was set up with the ball with :15 left and a chance to win the game.   Cardinal Newman turned the ball over and Acalanes held on.

The first meeting between the two teams was on December 14th in the Rose City Consolation.  It was Santa Rosa’s worst game of the year or Cardinal Newman’s best, or maybe both.  Cardinal Newman took a 62-27 win.

Today’s game will start at 5:30 and will be followed by the championship game between Acalanes and Mt. Eden at 7 pm.   Two years ago Mt. Eden won this tournament with a win over Acalanes in the Championship Game.

The last day action starts at 2:30 pm with the seventh place game between Rancho Cotate and Healdsburg.   That will be followed by Piner vs. Eureka.

In the other two games on Friday, Piner got 26 from Nedi Gedlu in a 55-44 win over Healdsburg and Eureka defeated Rancho Cotate 70-45.

DON’T HAVE TO SEE THEM AGAIN

A lot of people think the Montgomery Boys basketball team could be headed for a special kind of season.for

It is apparent that if it was a different world, Freedom of Oakley could be a team that could ruin those plans.

The good news is that Freedom is a Division 1 team and not in the North Bay League and Montgomery won’t see them again.

If Montgomery does end the weekend with a split, this is the split they would pick.  Tonight they are at College Park, who isn’t in the North Bay League, but is a Division 2 team.   The winner tonight will take the first week of January lead for the No. 1 seed in the Division 2 playoffs.

Montgomery is the NBL Boys favorite.  On the Girls side it is Santa Rosa.  The Panthers, who are 8-1, play their last per-league game tonight at home against Clayton Valley Charter who is 7-3.