SRJC FACES DO OR DIE DAY 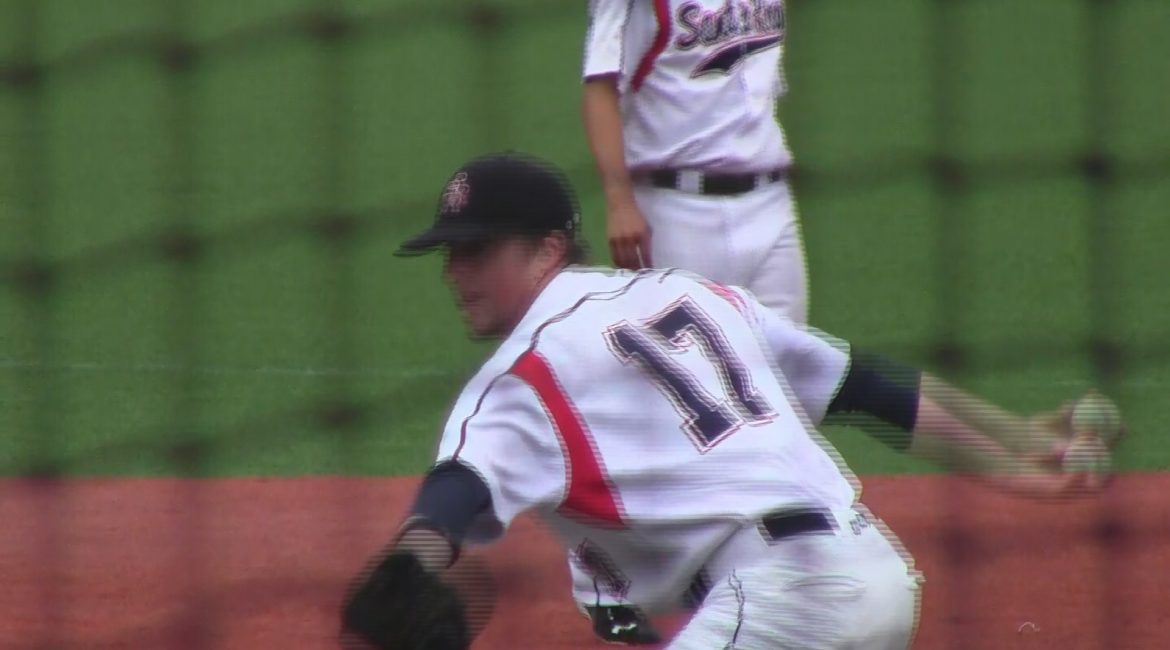 The SRJC baseball season is on the brink.

The No. 1 ranked team in the state all season is this close to a disappointing end.  In fact if they don’t sweep a doubleheader today their season will be over. They were put in the desperate position with a 5-3 loss to Los Medanos in the opening game of the best of three series in the first round of the state playoffs.

It was a disappointing loss in which SRJC out hit Los Medanos 11-6, left nine men on base and committed three errors which led to four unearned runs.

The hitting star for Los Medanos was Matt McHenry who had two hits, drove in two runs and scored another.   Two of the three runs he was responsible for were unearned.

The first came in the second and started the scoring.  McHenry hit a two out RBI single which scored Ryan Lacy who had reach base on an error.

The next time McHenry came up was the inning that really tilted the game Los Medonas way.  That was the fourth when McHenry hit a RBI single that brought in the only earned run.  McHenry would score the last run of a four run inning which gave Los Medanos a 5-0 lead.  The inning should have ended after McHenry’s single, but an error kept things doing.   The error drove in one run and Alex Laidley really made them pay with a two run single and a big lead.

The next two innings were the only ones that SRJC went three up and three down.  The Bear Cubs sixth was the example inning of a frustrating day for the Bear Cubs.   They had four hits in the inning, including a double and could only score one run.    That was because a leadoff single was wiped out by a caught stealing.  The inning was saved by a two out double by Chase Stafford that got the Bear Cubs on the scoreboard.  They were a hit from getting back in the game but a strikeout ended the inning.

The Bear Cubs got close in the seventh with two runs.  The first run was on a RBI single by Taylor Martin.  The way the season has gone up to last week, most games Stafford would be the story of this game.  The hit was one of five Martin had on the day which raised his season average to .368.

The Bear Cubs left base runners on in each of the last three innings, including hit number five by Martin with two outs in the ninth.

The Bear Cubs fall to 28-7-1 and have lost two straight for the second time this season.   They haven’t played a doubleheader all season, but need to play one today.

The first game starts at the JC at 11 am.

The second game would start a half an hour after the first game.

BETTER LUCK FOR OTHER PLAYOFF TEAM

Samantha Lipperd’s 100th win in her SSU career was unlike any other.  Lipperd struck out a career low one as Sonoma State defeated UC San Diego 5-2 in the opening round of the CCAA Post Season Softball Tournament.

Lipperd pitched a complete game giving up four hits and one unearned run.  She is 22-9 on the season and is the first SSU Softball pitcher in history to reach the 100 win mark.  This week she was named CCAA pitcher of the year for the second straight season.

The offense was supplied by Ali Palermo, who drove in all five runs.  She hit a three run homer in the third and a two run double in the fifth.  While Lipperd has been rewriting the SSU pitching side of the record book, Palermo has been doing her best to rewrite the hitting side.  The five RBI gives her 53 on the season, which is a new school record.   The senior has 36 homers and 144 RBI in her career, which are both SSU records.

Now that No. 1 Casa Grande has wrapped up the NBL baseball race, they will have a say the other three teams that will join them in the NBL post season tournament.  Going into this series of games, four teams were tied for the last three spots for the tournament.   Casa Grande ends the regular season playing three of them.

The first game on Friday was at Rancho Cotate.   Casa Grande made it twenty one in a row with a 6-0 win.    The suspense in this game was over early when the Gauchos put up five runs in the second inning.   Four of them were unearned.

Casa Grande has given up five runs only once this season.  Anthony Bender went five innings to raise his record to 7-0.  He also had a double and triple and drove in three runs. On the pitching side, Bender has given up one earned run in thirty seven innings for an ERA of 0.19.

Rancho Cotate falls one game behind the other three and if the season ended right now they would probably make the North Coast Section playoffs, but would miss the North Bay League post season tournament.

But the season isn’t over.  There are two games left and Casa Grande has No. 4 Cardinal Newman and Montgomery on the schedule next week.

Cardinal Newman scored four in the first and went on to defeat Windsor 11-6.  That was after they had an 11-0 lead in the sixth.  James Procter pitched five shutout innings to get the win and four players had two hits.

Montgomery scored eight in the fourth in a 13-1 win over Ukiah.  Nine different Viking players had a hit, including Mitchell West who homered.  Kiel Long was the only one who had two hits and drove in two runs.  He was one of three Vikings who had two RBI.

So one week to go…Cardinal Newman, Maria Carrillo and Montgomery tied for second.  Rancho Cotate is one game out.

Maria Carrillo hosts Montgomery on Wednesday and is at Cardinal Newman on Friday.

No. 2 Analy defeated Elsie Allen 10-0 to take a two game lead over Petaluma with two to go.  Analy can wrap up the league title with a win against Healdsburg on Tuesday.   They end the regular season with a home game with Petaluma who had the league bye.

Four players had two RBI in the win including Grant St. Martin who had three of the team’s eight hits.  Ry McAulliffe pitched five innings to pick up his fifth win of the season.

The battle for the final spot of the SCL post season playoffs took another turn.

Healdsburg moved into a virtual tie with Sonoma Valley for that spot by beating them on Tuesday.   They couldn’t keep that tie as they lost to Piner on Friday 8-6.

Piner had a six run third to take a 7-2 lead and then held on.  Ben Stolte hit a three run triple and Bryan Lococo added a two run double in the inning.

The win sews up a spot in the SCL post season tournament.  They will probably meet Petaluma in the first round.

Sonoma Valley moved one game ahead of Healdsburg with an 8-0 win over El Molino.  Breenan Cole pitched six innings to get his second win of the season.

Sonoma Valley has one league game left which is at Elsie Allen next Friday.  They have a one game lead over Healdsburg for that final post season spot.