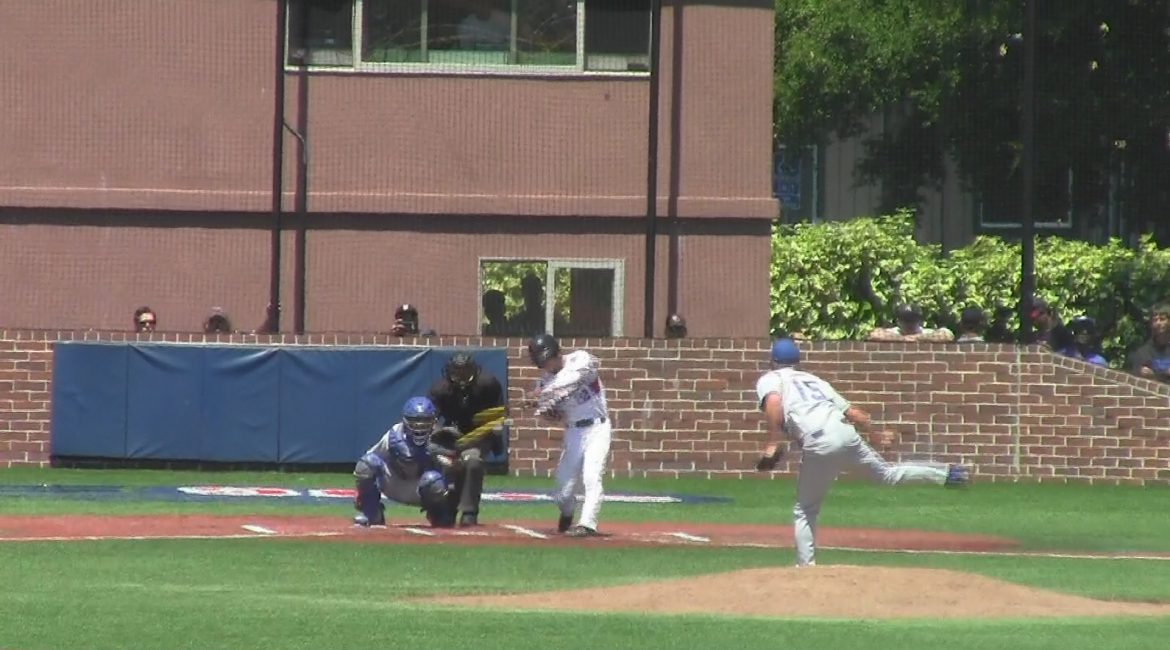 The SRJC Baseball team is one step away from making the State Final Four for the second straight season.  What they have ahead of them is comparable to what the 49ers faced in January, when they were one step away from the Super Bowl.

Like the 49ers, SRJC is on the road meeting a team they battled for a championship all season long.   They are also meeting a team, much like SRJC, that has had success in the State Playoffs.   The opponent is San Joaquin Delta and the best of three series begins on Friday in Stockton.

San Joaquin Delta won the Big 8 race in a battle that went to the last game.   On the last day, they defeated Cosumnes River 9-3 to take the championship by one game over second place SRJC.   Had Consumnes River won that game, they would have been part of a three way tie with SRJC and San Joaquin Delta.

The teams met in a three game series in mid-March.  Two of the three games were at SRJC and the key one was the opener in which San Joaquin Delta took a 10 inning 6-4 win.   That game was at SRJC.   Each team split home wins in the final two games of the series.

San Joaquin Delta is 31-9 on the season and the hotter of the two teams.   They have won six straight and nine of ten.   Since they have won six straight that means they haven’t lost a game in either of the first two best of three series.   They have been hard to score on.   In the last ten games, they haven’t given up more than three runs.   The lone loss was 1-0 to Cosumnes River on April 22nd.

SRJC hasn’t been as dominate, but they have found a routine that works.  They are taking a page out of the 2012 Giants playbook by playing elimination game after elimination game.   In each of the first two rounds they dropped the first game of the series and then won Games two and three to advance.   They did that in a series last season also.

This is two high profile programs, that have state playoff experience.   SRJC won the state title in 2005 and went to the final four last season.  San Joaquin Delta took the state crown in 2011 and made the final four in 2009.

Last year the playoffs were set up different.   This weekend was a four team double elimination tournament.   SRJC was the No. 1 seed and hosted and won four straight games to advance to the Final Four.   Two of the wins were over San Joaquin Delta.

The SRJC-San Joaquin Delta opener is just part of a busy Friday.