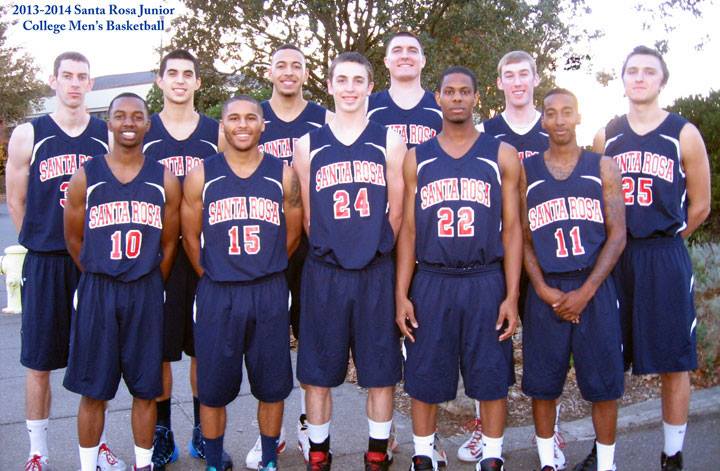 The SRJC Men had a run at the beginning of the game similar to the one they had in the win at Fresno last week and then got two clutch shots by Kai Drewery in the last minute to defeat Chaffey 49-47 to advance to the state championship game.  The last one was a layup as the shot clock was running out with :04 left to win the game.

The Bear Cubs will meet San Bernardino in a game that both schools will be trying to win its first state championship.

In the SRJC win over Fresno last week, they jumped out to a 20-1 lead.   In this game the run wasn’t at the beginning.   Chaffey jumped out at an 11-3 lead with 13:50 left in the first half.  The only score for SRJC was a three point shot by Alec Kobre.   Chafey would go the next ten minutes without a shot.  Actually, after the 11-3 score, there was no scoring by either team over the next four minutes.  SRJC went three point crazy, hitting five of them in a 17-0 run.   The first two were by Kobre, which gave him most of his 11 point night.

Mathew Hayes hit SRJC’s seventh three point shot of the half with :39 left to give SRJC a 26-16 halftime lead.  Hayes was the game’s leading scorer with 20 points and hit all three of his first half three point attempts in the first half.

Chaffey scored the first five points of the second half and the lead ranged from five to nine until a seven point run cut it to 34-33 with just under thirteen minutes left.   Chaffey never took the lead, but did tie the game three times, including twice in the last minute.  The first tie was at 35-35 with 9:40 left.   Hayes hit another three point shot to regain the lead.

Drewery broke both ties in the last minutes scoring four of his ten points, the last one the game winner.

San Bernardino put on a 20-6 run midway through the second half to take a fifteen point lead in a 78-68 Chabot.  The closest Chabot got was six the rest of the way.

Both schools are going their first ever state championship.

In the final state rankings SRJC was No. 10, San Bernardino No. 9