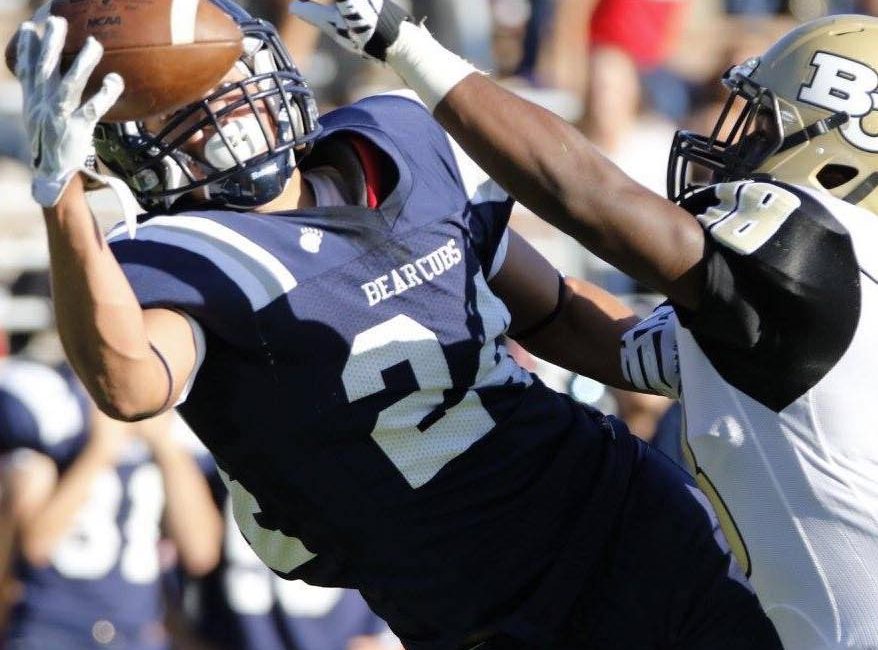 by Dale Watkins
The lights shined bright and the crowd was buzzing as Bailey Field welcomed a new season of SRJC football. The Bearcubs defeated the visiting Butte Roadrunners for the third straight year in Saturday’s home opener, 17 to 7.


Points were definitely hard to come by, as both teams were held scoreless for the first twenty-five minutes of action. Santa Rosa would eventually draw first blood, when quarterback Mitch Hood took the snap and bulldozed his way forward for the first touchdown of the season.
Butte would respond quickly, as running back Alex Laurel punched it in on an impressive 10-yard run to even the score, evading several would-be tacklers. The Bearcubs’ offense took advantage of the 2:58 left in the half to set up a 43-yard field goal for kicker Andros Pedroza, giving them a 10-7 lead as time expired.
Both offenses sputtered as the teams exchanged empty possessions for most of the second half. That all changed with five minutes remaining, when Bearcub safety Jaise Griffey laid a big hit on the ball-carrier Martin Fleming. Fleming fumbled while linebacker Presley Piliati scooped it up and took it 22 yards the other way and dove into the endzone; the large home crowd erupting in a frenzy.
Jay Ferguson wrecked havoc on the Butte defense all night long, rushing 18 times and moving the chains on several key drives. Albert Beltran led the Bearcubs’ aerial attack, racking up 110 yards on just six catches. Jaise Griffey and Keilan Benjamin anchored the defense, combining for 21 tackles.
The Roadrunners were paced by star wide receiver Cameron Howes, leading his team with seven catches and 80 yards in all. Their defense finished with three interceptions of Hood.
Share
Copyright (c) 2016 Splash.
Theme by StylemixThemes.