THE COMPLICATIONS OF THE HIGH SCHOOL BASKETBALL PLAYOFFS 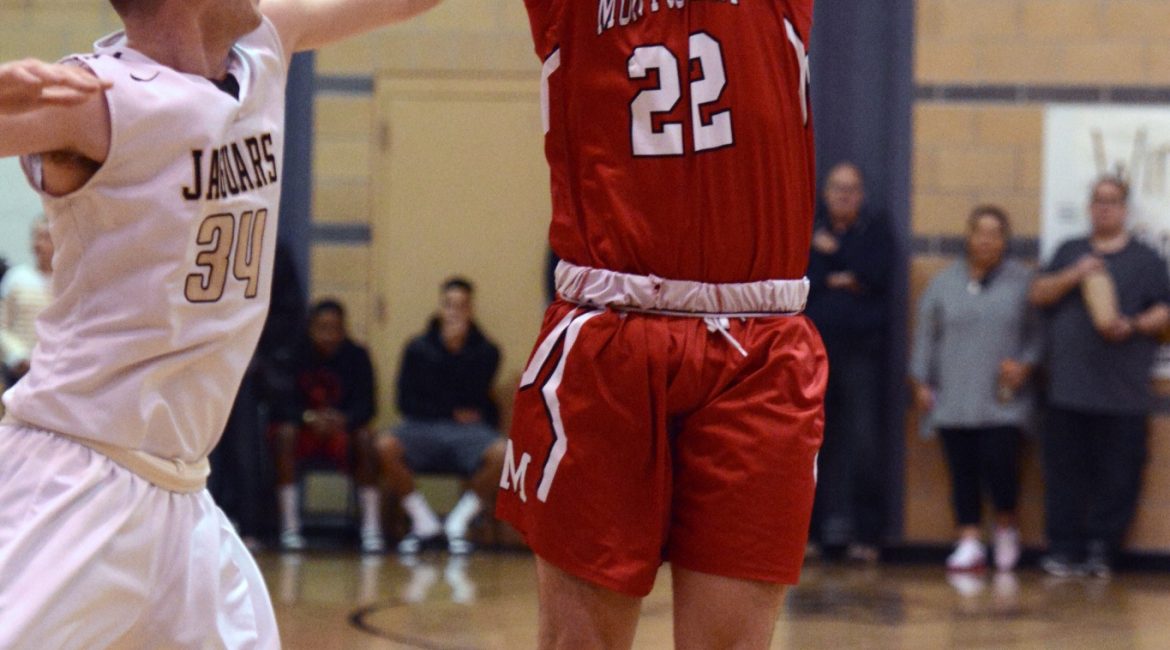 I hope that the same people who run some of these high school sports playoffs don’t have much to do with the more important things in high school life, like their education, we could be in trouble in the future.
I have ranted here about the playoffs here for one reason or another. It is something I don’t take pleasure doing, because we are talking about high school sports. I like to think I am looking out for the kids.
The basketball playoffs actually have some rules that are kid friendly, well seemingly are. You can lose in the sectional playoffs and still have a chance for a state championship playoff berth, which can give you another game.
The playoff setup can also make you question what you are rooting for, for your own team.
I know that doesn’t make a lot of sense, but for a second put yourself in the shoes of a Cardinal Newman Girls fan. On Saturdaym they are meeting Salesian for the NCS Division 4 championship. Of course you want Cardinal Newman to win this game and then go onto win the state title.
Or do you?
The path to a state championship might be easier if Cardinal Newman losses this game. I know that is something hard to wrap your head around, but it is true.


After the North Coast Section playoffs, the next division is the Nor Cal playoffs. Those playoffs have a division that the North Coast Section doesn’t have. It is called the open division and it is set up for the cream of the crop of high school basketball. To qualify for that division you have to have a special resume. The first qualification is a section championship. There are other things that are added to that and it can get as complicated as Geometry. The bottom line is the Cardinal Newman-Salesian winner qualifies for the Open Division. That doesn’t mean they will be picked for it, but they could. Actually, the chances are pretty good.
Heck they might both be picked. The Girls Division 4 has quite a reputation in the state. Last year Salesian defeated St. Mary’s in the NCS Division 4 championship game. Both teams were picked to the open division. Both Salesian and St. Mary’s lost in the first round. That opened up the Division 4 bracket in which Cardinal Newman, who lost in the NCS Semi-Finals, was named a No. 1 seed.
Cardinal Newman fans have seen this scenario play out before. In 2013, the Cardinal Newman Boys lost to Salesian 65-34 in the NCS Division 4 Championship Game. Salesian was moved to the Open Division for the state playoffs and was the No.1 seed. After a first round bye, they lost the first game they played. Meanwhile Cardinal Newman got a No. 1 seed in Division 4 and went all the way to the state championship game.
It is not hard for me to put myself in a Cardinal Newman fan’s shoes. I am rooting for them on Saturday. A local team doesn’t win a NCS Championship too often and it would be nice to get one. Besides if you base things on last season, they may be in the Open Division anyway.
That isn’t the only confusing thing about the Open Division. Teams that you think might be eliminated might get a second life. Are you listening Windsor fans?
In all the articles about Windsor losing to Montgomery in the NCS second round, it pretty much had the theme that it ended Windsor’s season. That might not be the case. The Division 2 Boys Championship Game is between Newark Memorial and El Cerrito. El Cerrito is the defending champions and is on the list of possible teams being moved to the Open Division. Actually even though they are not on the list the NCS has on its website, it appears Newark Memorial would qualify too.
If a team is picked for the Open Division, the section can replace that team in the Division they are taking from. That means if El Cerrito is picked the North Coast Section get to pick a team to replace them in Divison 2. Since Windsor is the No. 1 seed they would be the logical choice.
Wouldn’t it be something if we have Windsor-Montgomery Part 4 in the Nor Cal playoffs?
Stay tuned.
BACK TO THE COURT
After the Wednesday results, one thing is clear. The Cardinal Newman Girls and the Anderson Valley Boys are the only local teams that have a chance to win a section championship.
A big second half advanced Cardinal Newman to the NCS Division 4 championship game, as they defeated St. Mary’s 59-42. What that did is put an end to the tag team of Salesian and St. Mary’s in the Division 4 championship game. This will be the first time in five seasons that Salesian and St. Mary’s won’t meet in the Division 4 championship game.

Cardinal Newman is taking them on one at a time. St. Mary’s first and now Salesian is next. Salesian also had a big second half and pulled away for a 64-47 win over Arcata. Cardinal Newman will meet Salesian for the NCS Division 4 championship, Saturday afternoon at 5 pm. The game will be at Albany High School.
Cardinal Newman started this game like they have started so many this season jumping out to a ten point first half lead. But St. Mary’s showing the veteran program it is, kept in the game until early in the fourth quarter. In the third quarter they trailed by three.
But in the end St. Mary’s couldn’t control the inside game. Hailey Vice-Neat hit five 3’s for a game high 19 points and Lauren Walker added 17.
Cardinal Newman now has a fourteen game winning streak and overall is 27-4 on the season. This is a historic season for Cardinal Newman and they will go down as one of the best teams of all time in local history.
On March 4th, 2015 they were basically in the same position. The record was almost the same. The opponent was exactly the same. Instead of the NCS championship game, it was the NCS Semi-Finals at Salesian, who rallied late to squeak out 57-55 win. Revenge time has come.
The Anderson Valley Boys look like they played one of the most entertaining games of the season. They went overtime to defeat Archbishop Hanna 63-61 to advance to the NCS Davison 6 championship game.
Erin Perez scored 23 to lead Anderson Valley in a game that was tied at the half, after three and of course after regulation. Anderson Valley outscored Archbishop Hanna 4-2 in the overtime.
For the first time this year Division 6 has a Norcal Playoff.  Both teams will advance.
The home court advantage also applies in the championship game, so No. 2 Anderson Valley has to travel to No.1 Emery.
The other local teams, the Montgomery Boys and Girls along with the Cloverdale Girls all lost on Wednesday. They had already qualified for the Nor Cal playoffs by getting to that game and will find out on Sunday what their next game will be.
As will other teams who thought they were eliminated.
NCS CHAMPIONSHIP GAMES
DIVISION 4 GIRLS
No. 1 Salesian (25-5) vs. No. 2 Cardinal Newman (27-4) at Albany High School…5 pm
DIVISION 6 BOYS
No. 2 Anderson Valley (22-5) at No. 1 Emery (22-6)…7 pm
My email address is jacpasquini@comcast.net
Share