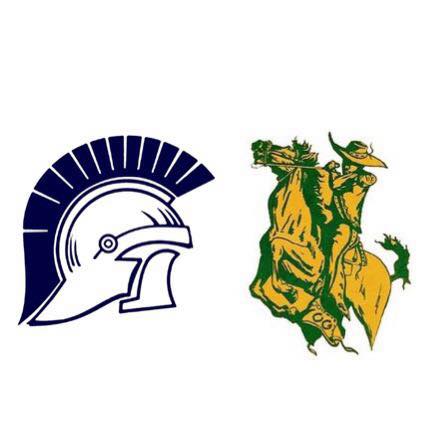 It’s been 6 years since a varsity football game between Petaluma and Casa Grande high schools has occurred. As a Petaluman, I always enjoyed attending the annual Egg Bowl match ups. If the game was at Casa, the game would be the traditional Friday night affair. If the game was at now Ellison Field, it would be a Saturday afternoon game, making it a college football like atmosphere. Thousands of people would attend the games, both sides of the bleachers would be filled to capacity. Student sections would be huge and loud. Fans would be standing on the side of the bleachers, and there would be many people there. Both school’s bands would be playing their respective fight songs after touchdowns and big plays. Most of all, everyone for the most part had a great time. Now, the game is played at the freshman level only.
Trent Herzog was the coach for the Gauchos in the last three Egg Bowls, winning back to back in 2010-2011. Steve Ellison was the head coach when they won their back to back in 2008-2009.

In the 2011 game, which was won by Casa Grande 35-9, there were multiple personal foul penalties and multiple interventions by the officials. That, also combined with fights between students, prompted the suspension of the game by both administrations. It was supposed to be a temporary ban, but never this long. There are new coaches for both schools, Rick Krist for Petaluma and Dennis Brunk for Casa Grande. Krist started as an assistant under Coach Steve Ellison in the late 1980s-early 1990s. Krist took over for Ellison in 2010. Krist has put together three straight 7-3 regular seasons, and in 2015, got Petaluma’s first NCS Playoff win since 2009. Brunk knows Petaluma well, coming from Santa Rosa High in which they have the oldest rivalry north of the Golden Gate Bridge. In that last matchup in 2015, Petaluma won 39-13. They did not play last year, no reason was found why. Brunk, in two years at Santa Rosa, had a 2-8 record his first year, and then went 6-6 this past year, leading the Panthers to their first NCS Playoff win in a long time, and nearly beat Windsor in the NCS Quarterfinals.
Now to the point I want to make. Like I said before, there are new coaches for both teams. There are new players, new leadership, new hopes, new dreams. Petaluma is expected to have a phenomenal season with 20+ players returning from last years 7-4 squad. Casa Grande came on at the end of last season, winning 3 NBL games, and earning a home NCS Playoff game. When the incoming seniors were Freshmen, Petaluma won the game 14-0 on their home field. When the incoming juniors were donning the ninth grade jersey’s, Casa Grande won that game 33-6. There are two coaches that deserve to coach this game. There are outstanding athletes from both teams that deserve a shot on the big stage in front of thousands of Petaluma Football Fans and Alumni of both schools. There’s no two ways about it, the Egg Bowl needs to happen in 2017.
Here are YSN365 videos of previous Egg Bowls
2009: https://vimeo.com/7004132
2010: https://vimeo.com/15962127
Follow me on Twitter @Mikebault