THE HONORS FOR THE WEEK 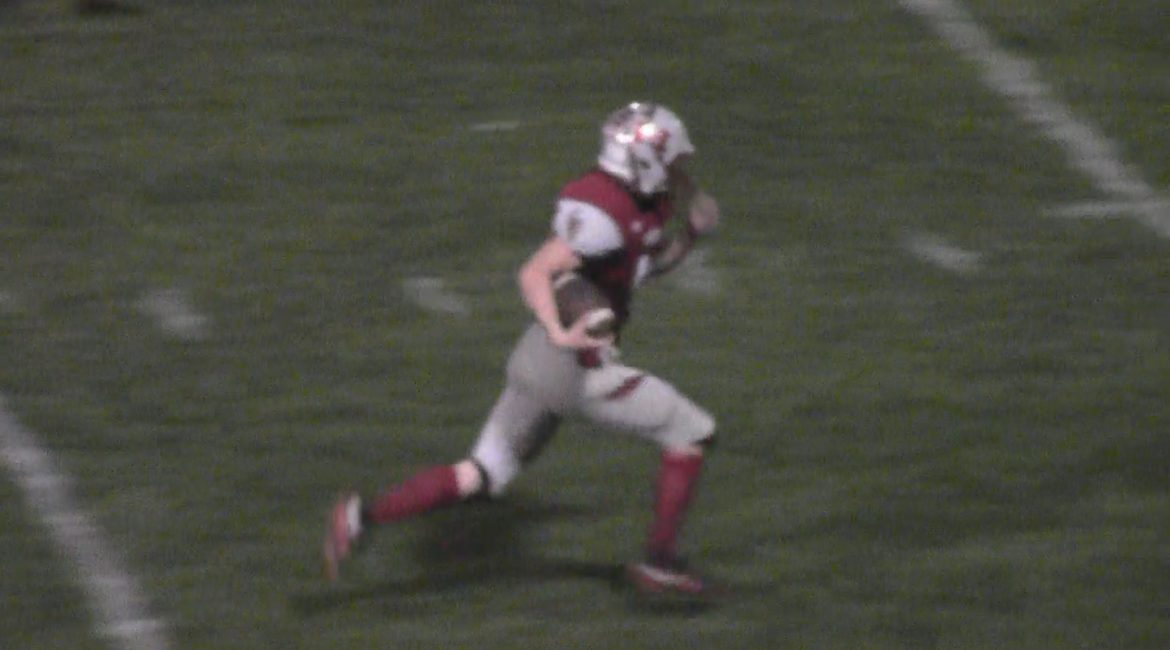 There will be an effort to keep this page going after the football season. If you think anyone deserves to be here in any sport, give me a heads up. I did get two e-mails this week with some information and the nominations are on the list.
Jose Ramirez (Piner)…He qualified for this list after the first quarter in which he rushed for 167 yards and three touchdowns. Then he played the rest of the game, ending with 338 yards on 32 carries and six touchdowns in a 62-27 win over Healdsburg. The performance put him over the 1,000 yard mark on the season. He actually went over that mark during the first drive. By the end of the game he was over 1,100, 1,200 and 1,300.
Cody Koch (Healdsburg)…It was an offensive night all around in Healdsburg Friday. He caught 11 balls for 163 yards and three of the Hound’s four touchdowns. He also had an interception
Curtis Johnson (Windsor)…Had one of his best game in one of the team’s best game of the season. Seven catches for 120 yards and two touchdowns in a 29-7 win over Maria Carrillo. His first touchdown catch went for 36 yards and was the first score of the game less than two minutes in. The seven catches ties his season high.
Chris Taylor Yamanoha (Rancho Cotate)…Six catches 135 yards and two touchdowns receiving. Another touchdown on his only carry of the night that went for 59 yards and had two interceptions in a 56-13 win over Ukiah. He needs 55 yards to reach 1,000 yards receiving. He has caught a touchdown, ran for a touchdown and had an interception in three games this season.
Danny Shelton (Rancho Cotate)…He is on a roll. 147 yards on ten carries and scored two touchdowns. Over the past two weeks he has rushed for over 300 yards and scored five touchdowns. He has been filling in for the injured Mo Ward and has done a great job at that.
Nic Petri (Casa Grande)…Three catches for 86 yards and an interception in a 56-21 win over Santa Rosa. He has 43 receptions on the season and has five interceptions, both team highs. He also leads the team in tackles.
Max Yankovich (Sonoma Valley)…Had a hand in all five touchdowns in a 34-28 win over El Molino. He threw three and rushed for two. His last rushing touchdown was a 23 yard run for the game winner with 1:59 left. He passed for 178 yards and rushed for 90. To round off the game, he also had an interception.
Henry Darnall (Sonoma Valley)…Five catches for 116 yards and caught the three touchdown passes in the second straight win for the Dragons after losing its first seven.
Daniel Diaz (El Molino)…Rushed for 75 yards and one touchdown and caught two passes for 114 yards. Both catches were for touchdowns, the last with ten minutes left which gave the Lions a 28-21 lead.
Jordon Brooksire (Cardinal Newman)…Rushed for four touchdowns and threw another in a 47-3 win over Montgomery. In the last two weeks between rushing and throwing, he has combined for nine touchdowns.
Dwayne Yiggins (Kelseyville)…Rushed for 166 yards and two touchdowns in a 26-6 win over Clear Lake. He also had his first interception of the season. It was the first league win for Kelseyville and also its third straight win in the annual Bass Bowl with Clear Lake. The game has been called that for six years and Kelseyville leads the series 4-2.
Fort Bragg Defense…Basically taken for granted, they came up big in the 27-14 win over St. Helena, giving up one offensive touchdown. They had two interceptions, one was in the end zone to stop a St. Helena drive and the other set up the first touchdown of the game. They have given up 9.8 points a game, which is the best in the area.
Kaylor Sullivan (Fort Bragg)…Had one of his worst passing games of the season and still threw for 256 yards and three touchdowns. He is on this list for his season high 113 yards rushing, most of them on broken plays. On the season he has rushed for 396 yard. Over half of that has been in the last two weeks.
Cody Cissna (Point Arena)…228 yards rushing and two touchdowns in a 48-26 win over Calistoga. The loss knocked Calistoga out of a first place tie and cost them another game this week. He also caught one pass that went 65 yards for a score. It put him over the 1,000 yard rushing mark on the season.
Paul Bartholew (Rincon Valley Christian)…287 yards on 25 carries and five touchdowns in a big win over Potter Valley. In the last two games, he has rushed for over 450 yards and nine touchdowns.
Jaise Griffey (SRJC)…How often do you hear a 98 yard play doesn’t score a touchdown? That is what happened in a 10-8 win at DeAnza. With ten minutes left, DeAnza hit the 98 yard play. Griffey made the tackle at the one and DeAnza ended up having to settle for a field goal. It was one of a team high seven tackles and he also recovered a fumble.
SRJC Defense…Yes they should all get credit. They have been the strength of the team and never more than in this game. The only touchdown was scored on a 32 yard interception return by Ethan Rosselli. They gave up a total of 293 yards, a third of it on the 98 yard play. The rest of the game they gave up an average of under three yards a play.

Sonoma State Women Soccer…Ended the regular season 13-1-3, the CCAA champions and the No. 9 ranked team in the country. They are the No. 1 seed in this weekend’s CCAA post season tournament. It is the fifth time in school history that they went through league play undefeated and first time since 1998.
Maria Carrillo Girls Soccer…The Pumas defeated Montgomery in the special NBL tie-breaker game to raise their record to 17-2. They are the No. 1 seed in the North Coast Section Division 1 playoffs. They get a first round bye and play their first game on Saturday hosting the Petaluma-Cardinal Newman winner. They are looking for their fifth straight NCS championship.
Elsie Allen Boys Soccer…Shared the SCL title for its first ever league championship in school history. That earned them a No. 3 seed in Division 1 playoffs
My email address is jacpasquini@comcast.net
Share