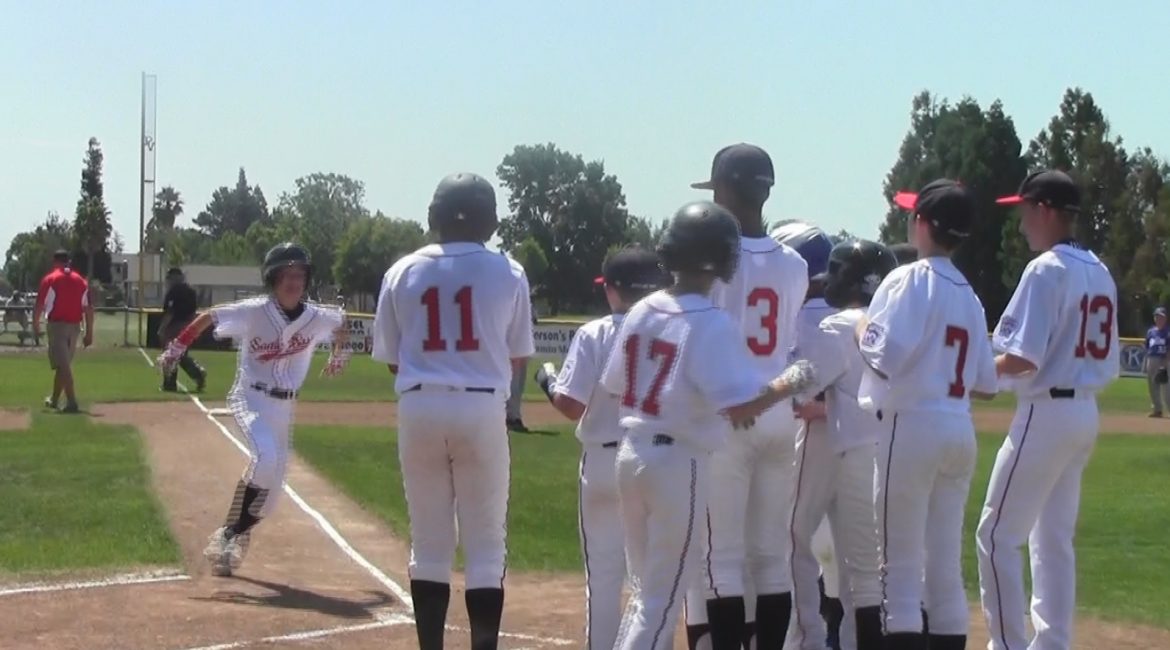 There was a full weekend of the Little League All Star playoffs.

When it comes to reporting scores District 35 is very good about doing that.  The other Districts who are hosting these tournaments don’t report things in such a timely matter.

This is what we got from the weekend.

Petaluma Valley won its first game and lost its second.

The loss was to Mill Valley 10-2 which makes them the only team left in the tournament that hasn’t lost a game.

One team was eliminated on Sunday and another will be on Monday when South Oakland meets Napa National.  The winner of the game will meet Petaluma Valley in another elimination game on Tuesday.

Whoever survives that will have to beat Mill Valley twice.

Petaluma National also won its first game and lost its second.  They have an elimination game on Monday Night.  It appears they will be meeting Davis National, a team they defeated 11-1 in the first round.

Petaluma Valley lost its first game on Sunday giving up six runs in the sixth in a 9-6 loss to Alameda.  They will play its first elimination game on Monday Night against Vacaville Central.   To advance to the Nor Cal tournament they need to win the next four days.

Mark West won its only game on Sunday defeating Benicia 4-3 and will meet Davis National on Monday at 5 pm in a game featuring the two teams left without a loss.    After that game, Albany will meet Benicia in an elimination game.

Of all these tournaments, this is the most unclear.

It appears El Molino lost its first game on Saturday and will have an elimination game on Tuesday.  To win the section they need to win three straight games.