THIS AND THAT: A DAY OF UNFORTUNATE CIRMSTANCES

YSN 365 > News > News > THIS AND THAT: A DAY OF UNFORTUNATE CIRMSTANCES 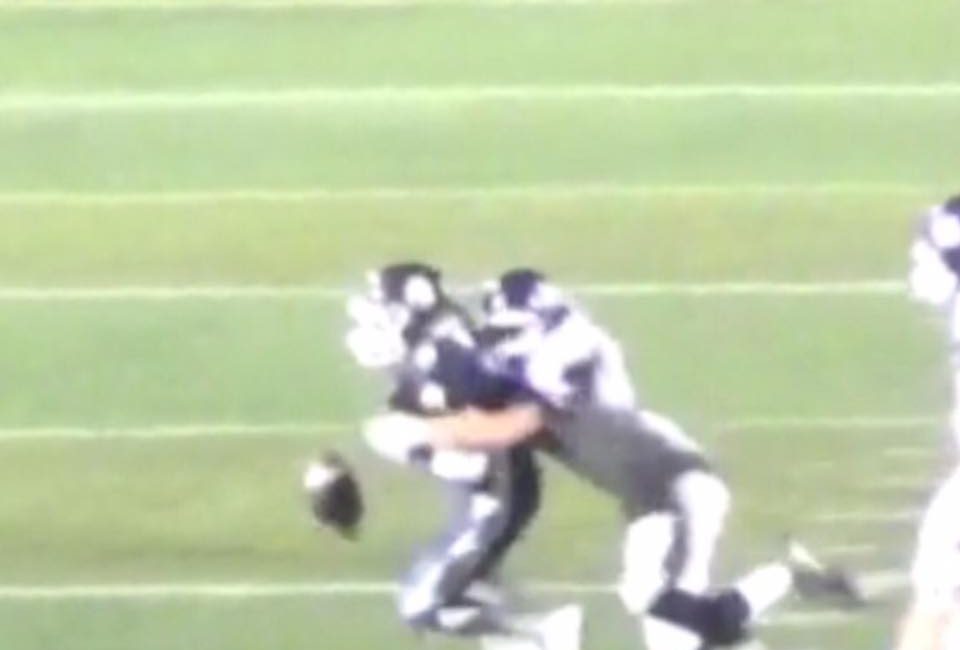 When the Division 4 playoff bracket was announced, I must admit I was wondering how an NCL I power would do against a State Power.
I was wondering the same thing last year when Cloverdale met Cardinal Newman in the basketball playoffs.
I got the same answer in both games.

I went to the Fort Bragg-Marin Catholic game.  I had convinced myself that Fort Bragg had a chance to make it a game. Tells you how well I know the game and I should have really known better.
I wasn’t there very long before I realized the fantasy I was living. This hit me the moment watching the teams warm up. Marin Catholic had around sixty players, Fort Bragg around thirty and Marin Catholic looked two times as big.
To Fort Bragg’s credit, on the first two drives the offense moved for a couple of first downs and got into scoring range. When the first quarter ended Fort Bragg had the ball for over eight minutes, out-gained Marin Catholic 108-78 and yet was still behind 7-0. When teams changed sides at the end of the quarter, Fort Bragg had it fourth and goal at the one. They didn’t score and Marin Catholic went on a 99 yard drive in seven plays to go ahead 14-0.
The football part of the brain suggests this was the turning point of the game. It was the football part of my brain that thought this could be a close game.
The real turning point  was the moment it was scheduled.
Fort Bragg could have scored 50 points in the game (not a chance obviously)and they still would have lost. Marin Catholic was the bigger team and the Fort Bragg defense had no hope of stopping them. Marin Catholic’s quarterback looked bigger than most of the Fort Bragg defense.
I didn’t see the second half, but Fort Bragg had to use the same players who were getting beaten physically in the first half. By the second half, they were also probably beaten mentally, because they had no chance in a game they hoped they would win. While the same players had to play for Fort Bragg,  Marin Catholic could use players who are basically on the team for one sided games and excited to play.
Actually things were getting out of hand in the first half, not only by the score, but the physical nature of things. As I was leaving a fire truck was arriving and ambulance was called to the game to bring a Fort Bragg player to the hospital. Thankfully, it wasn’t a really serious injury and he was released and was home by Sunday.
Fort Bragg head coach Jack Perkins was quoted in a couple of papers after the game talking about how unfair the situation is. He has been ripped for this, but I agree.
Fort Bragg appealed to the NCS to move down to Division 5. There is a rule about balancing the division that could have been used (it is rule No. 507H-B1). The rule clearly states, “Balance all division by the number of schools participating.” There were 23 schools in Division 4 and 18 in Division 5.
Just the number of the rule tells me there are too many rules and that is just the numbers part of things. It is common sense that Fort Bragg or any other teams in the NCL I should not be in the same division as Cardinal Newman or Marin Catholic. I am trying to think of an example of how stupid calling this a playoff game is, and I can’t come up with it.
It shouldn’t have happened to Cloverdale last year in basketball and it shouldn’t of have happened to Fort Bragg this season. The difference between football and basketball is obvious. Football is a very violent sport and for no apparent reason, besides making money for the section, this game put kids in danger of getting seriously hurt, which almost happened.
This was pure and simple a massacre and the North Coast Section should be ashamed for letting it happened.
THE WHISTLE
I had written an extended version of what I thought went down during the big play in the Rancho Cotate-Petaluma game. But a post on our Facebook page by Spencer Crum, who he calls himself a proud president of the North Bay Official Association, basically said most of the same thing as I did.


For example this was my first paragraph:
I am guessing that the referee who blew that whistle in the Petaluma-Rancho Cotate game had a pretty restless sleep on Saturday night. The nightmare of any official in any game, especially a game as big as this, is to become the story.
If you haven’t seen the post by Crum, check it out. I had a hard time finding it and I was alerted to it. It is in the many comments in the post Friday night that first announced the fumble call (not the video post).
I will add one other note to the situation. Crum also said he was at the game as a proud parent of two Petaluma High School students (he called that ironic). This note is for that side of him, and the other Petaluma fans who are feeling cheated right now.
There is no guarantee that had the play been called right, that Wheless would have taken the ball that far. Almost everybody stopped playing as soon as the whistle blew and there were a couple of players in range to make the tackle earlier. Wheless even let up and he was tackled by the only guy who didn’t quit on the play, which appears to be Rancho Cotate’s Jacob Jaurez.
Even had Wheless scored, Petaluma would have still been one point behind. That would have been an interesting decision on whether to go for one or two in that position. Either way there was still some time left and some football to play.
The whistle hurt Petaluma’s chances to win the game, but didn’t cost them the game.
It is too bad it happened.
CHANGING SPORTS
The basketball season has started for a few teams. On Tuesday, the action really kicks in with the NCS annual foundation game. This is a game that doesn’t count on the overall record and every team can play one. It is also a game you won’t see in the stats as time moves on. It is like it didn’t happen.
Several teams are taking advantage of that game. There are twelve local teams playing and some are meeting each other.
One of the more interesting games listed is Rancho Cotate at Petaluma. Another game listed is Petaluma at St. Vincent, so I’m not sure which one is right. But if Rancho Cotate does play Petaluma, do you think that football game will be a topic of conversation?
One other game of note is Casa Grande at Middletown. Of course you know the story about Middletown. Casa Grande has a heart-string story too. Jake Lee is coaching his first game, taking the place of James Forni, who in June passed away at the age of 35, a cancer victim.
The first home game for Casa Grande will be on December 1st when they host Petaluma. They also have an Alumni game on Wednesday.
My email address is jacpasquini@comcast.net
Follow me at twitter at @homer2612
Share