THIS AND THAT: A LONG WEEKEND 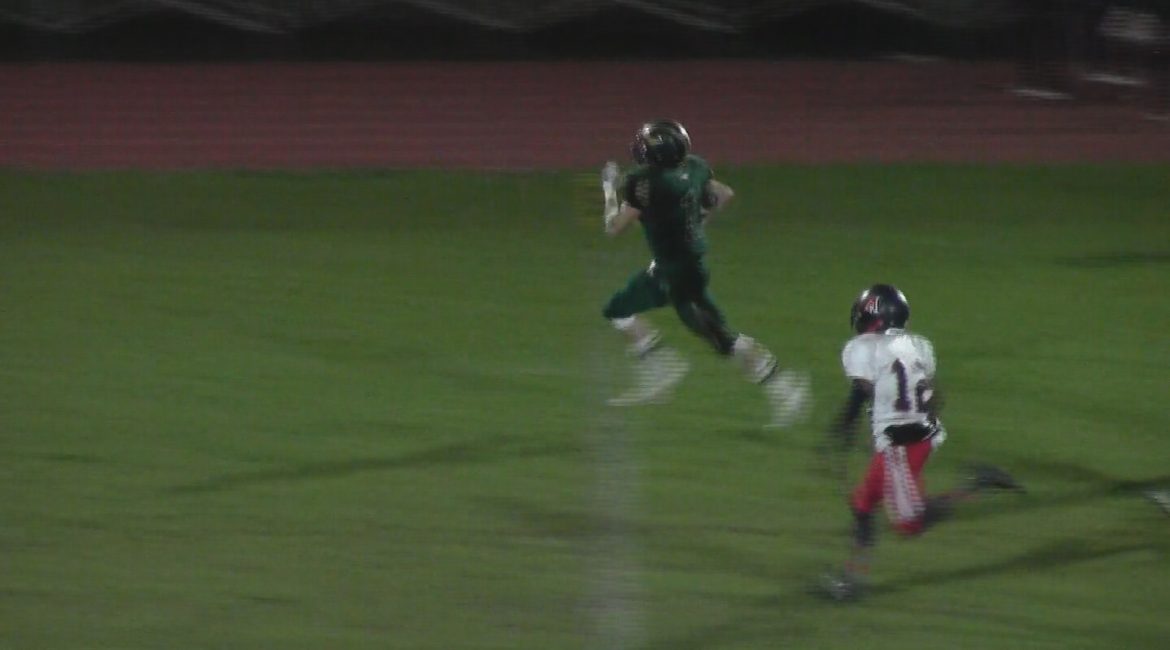 This was quite a week for yours truly.   With the arrival of the playoffs, like the players themselves try to do, I was going to try to pick up my game.  Considering the pay scale for this, some would call this stupid, which I wouldn’t have a leg to stand on to argue.   Whether I did pick up my game or not is up to you to decide.
Anyway, last week I wrote the North Coast Section football previews, which were the longest drawn out presentations I have written at this website and I did one for Friday and one for Saturday.


By Friday afternoon, when I got home from my regular job (yes I have a full time regular job), I was pretty spent.  I wasn’t sure if I had in me to do what I was planning for ysn.
First I had two requirements.   The KSRO Game of the Week and for the family going to the Cloverdale-St. Vincent game on Saturday afternoon.  In between those two I was writing the Saturday Neat Package and hopefully getting some sleep.
With a free Saturday Night and some rare high school football, I was planning to take in another game on Saturday night.  I was leaning towards the Cardinal Newman game, but really all the games had their attraction.
The Cloverdale-St. Vincent game was the second high school football game I have been to this season.   Ironically the first one was the first Cloverdale-St. Vincent game.  I had forgotten how much I missed going to games.   This game turned out to be an super high school football game, which took the clubhouse lead as the Game of the Weekend.   It didn’t exactly end up the way I was hoping (for you people who don’t know, I am a Cloverdale Grad and was born and raised there).
Anyway, I left the game determined to go to one of the Saturday night games and I had actually decided on the Analy game.   I had a few hours to recover, so when I got home I hit the couch, watched some TV and went over my notes.   Well that combination wasn’t going to work and I should have known it wasn’t going to work.
I crashed and I crashed hard.
By the time I woke up, my wife came home from some errands and said waking me up wasn’t easy, it was too late to go to Analy.  Actually the only place to get to on time was Montgomery, but I had crashed so hard my bearings were a little off and I knew with all the updates I was about to get, I needed my bearings.
The YSN365.com fan base is good during the regular season in updating scores.  During the playoffs they raise their game in a big way, so I knew it would be challenging to keep up with all the updates and would be easier at my computer, instead of on my phone at a game.   It isn’t all that easy keeping track of everything coming in when I am feeling sharp, let alone when I am exhausted.
As the first half updates came in, I went from thinking I’m glad I didn’t travel to Analy, to wishing I had.  I wouldn’t have minded seeing what seemed like perfection.   Talk about raising your game.
It didn’t look like there would be much suspense this evening.  I live very close to Montgomery and it was on my mind that if things were close I would head over there, but that didn’t seem too likely.  So it looked like a night of waiting for updates.    Then the Montgomery game turned and as I said in the neat package, I ended up there.
Then I came home.   Posted all the finals on our Facebook page, set up my Neat Package and took another nap.
There is something exciting about doing all of this., but at times it can be grueling.
This weekend it was both.
Thanks mainly to the NBL, this is going to be another long week.
I can live with that.
I hope.

SOCCER CHAMPIONSHIP DAY
As promised, here is some other sports news that happened on a very busy Saturday.
The soccer championship day had a familiar theme.
The Montgomery Boys went to penalty kicks and championship streaks kept going.

DIVISION 1
BOYS
No. 3 Terra Linda 1 No. 4 Montgomery 1 (Terra Linda wins by Penalty Kicks 5-4)
For the third NCS game in a row, a Montgomery game was forced into penalty kicks.  It didn’t work out for them, as they just missed its first NCS Championship since 2011.
The Vikings official record for the playoffs is 0-0-3.


GIRLS
No. 1 Maria Carrillo 2 No. 2 Montgomery 0
Maria Carrillo wins its fourth straight section title.   In each championship game the win has been over Montgomery.
Over the last four years Maria Carrillo has an overall record of 83-1-2 and is ranked No. 3 in the country.
During that time Montgomery is 69-20-3. Twelve of the losses have been to Maria Carrillo.

GIRLS
No. 1 Sonoma Academy 5 No. 2 St. Vincent 1
After St. Vincent scored a goal in the second half to cut the lead to 2-1, Sonoma Academy scored the last three goals to repeat as Section Champions.   Sonoma Academy finishes 24-0-1, the first time in school history they have gone undefeated.   The tie was with St. Vincent on September 17th.    Those two teams are in the NCL II.  The second league game Sonoma Academy won 3-2, so this was expected to be a very close game.  St. Vincent ends up 17-3-2 on the season.

VOLLEYBALL ( All Games 7PM on Wednesday-Semi-Final Round)_
http://www.ysn365.com/tourney-brackets/ncs-volleyball-brackets/
DIVISION 3
No. 3 Sonoma Valley (21-3) at No. 2 Bishop O’ Dowd (28-4)
Bishop O’ Dowd is the defending champions.   Last year they defeated Sonoma Valley in the same round, same place and same seeding with a 3-1 win.  Bishop O’ Dowd also won the NCS titles from 2007-09.

JUST SAYING
As I have said before, we don’t have the manpower to cover all the sports.   Maybe someday that will happen.   If you know anyone that would want to give us a great big sponsorship contract, that wouldn’t hurt.

CALPREPS PROJECTION
Here are the early lines for the playoff games this weekend (they won’t change).

DIVISION 5
Salesian over St. Vincent by 37