THIS AND THAT: A MILESTONE FOR THE MONTGOMERY GIRLS BASKETBALL PROGRAM

YSN 365 > News > News > THIS AND THAT: A MILESTONE FOR THE MONTGOMERY GIRLS BASKETBALL PROGRAM 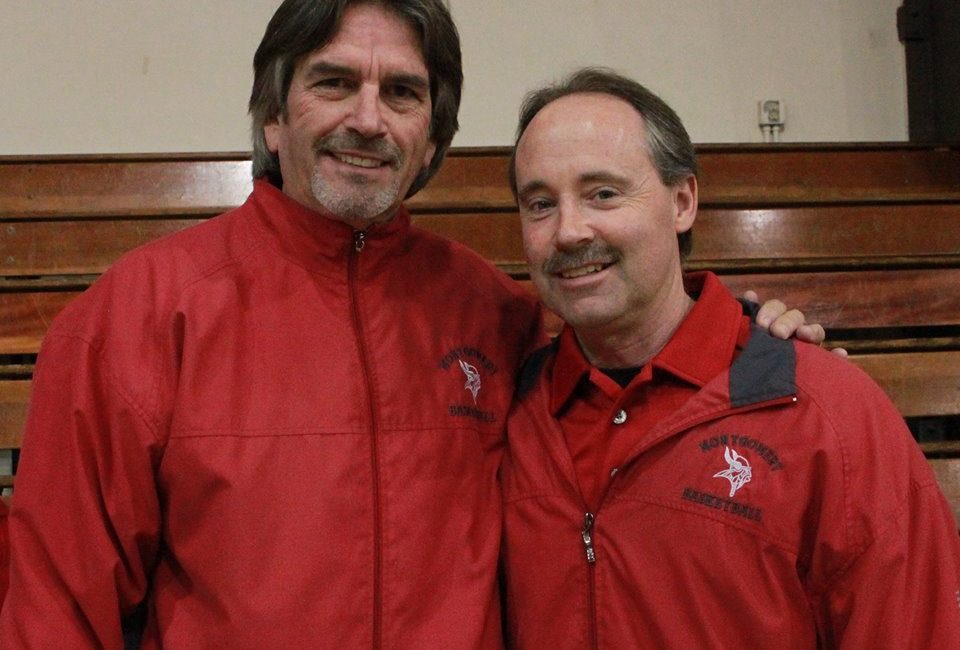 
The JV coach of a program usually doesn’t hang around too long. They are either waiting for the Varsity coach to move on or waiting for another program to open up.
That doesn’t apply for the Montgomery Girls Basketball program. Steve Bell has been coaching the Varsity team since 1990. Darryl LaBlue has been head man for the Girls JV team just as long. On Saturday, his team won the championship game of the Petaluma JV basketball tournament. The win was LaBlue’s 500th win of his career.
If this isn’t a record for a JV coach it has to be in the neighborhood.
LeBlue, who graduated from Montgomery in 1979, has also coached at Strawberry and Slater Middle School for many years.
Just last year Montgomery Varsity Coach Steve Bell won his 500th Varsity game of his career.
That is quite a combination for a proud program.
STAYING LOCAL
The theme for pre-league in some sports is to travel as far as you can and play the toughest opponents. That scores points with the committees who decide the seedings in the North Coast Section Tournament.
You see it played out that way in football every season. It is not quite as big of a thing in basketball but you do see it. The Cardinal Newman Girls and Montgomery Boys opened up the tournament season by hosting one on the same weekend. Out of sixteen teams in the two tournaments combined, including the hosts, three of them were local.
That changed this weekend. There were four local tournaments and each of them had its share of local teams.
One tournament was the Rose City, which is hosted by Cardinal Newman. Five of the eight teams were local.
If any school has a reason to schedule up to try to impress the NCS Committee, it is Cardinal Newman. But Cardinal Newman goes by the go local theme. They are in three December tournaments and all three are in Sonoma County. Next weekend they will be in the Casa Grande tournament and they will also be in the Sonoma County Classic.
That kind of scheduling hasn’t hurt them in the North Coast Section playoffs. Over the last decade they have been seeded in the top three seven times and been at No. 1 twice, including last season.
I am sure the local tournaments appreciate them bringing their sizable following to the local tournaments.
I know I do.
VERY LOCAL THEME
The 22nd Annual Record-Bee Hoop Classic is scheduled this weekend. This is Lake County’s own tournament that you could say determines the Lake County Championship.
Both JV and Varsity teams play and they are from Clear Lake, Kelseyville, Lower Lake and Middletown. By the luck of the draw, the tournament will be in Middletown. It is the first time they have hosted since 2003.
This tournament has turned into an event much like the NBA All-Star like weekend. On Friday Night there is a Free Throw and 3 Point shooting contest.
There doesn’t appear to be a Dunk Contest.
ALL LEAGUE NUMBERS
Last week the All-League Football teams were announced. The NBL had 134 players (please don’t make me count them again) and the NCL I had 39.
Granted the NBL is a little over the top. Okay they are way over the top, with nearly an average of 17 players a team mentioned in the All-League team. NCL I teams average under five.
Yet these leagues can meet in the playoffs.
My email address is jacpasquini@comcast.net
Share