THIS AND THAT: After Waiting A Day, Piner Defeats El Molino 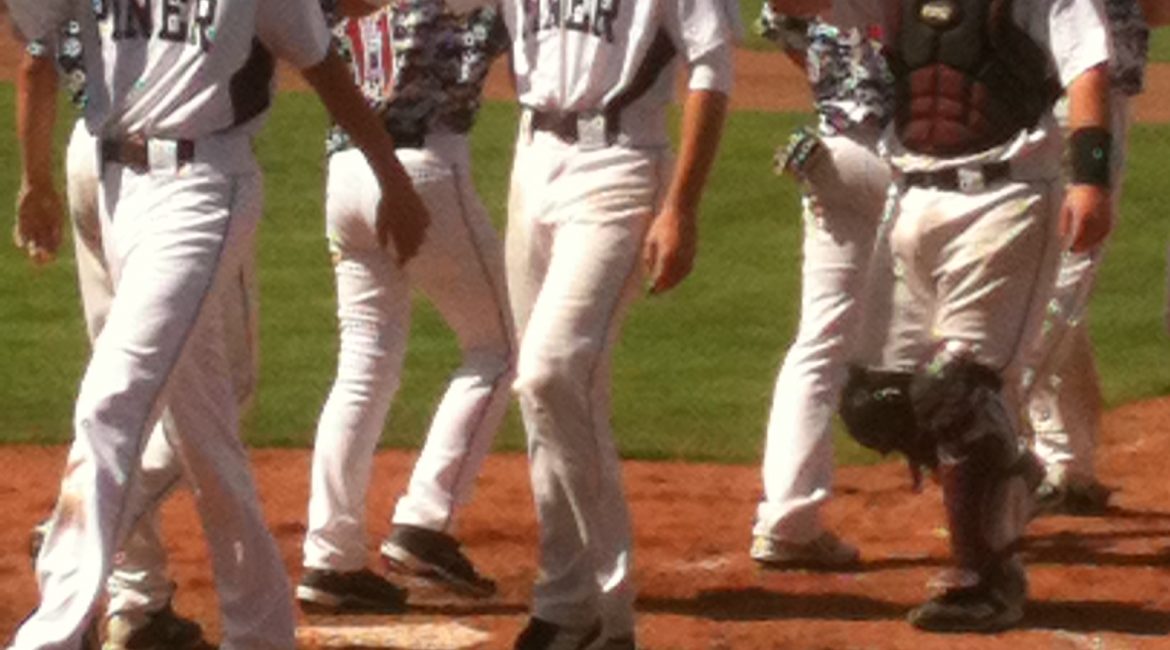 El Molino had a 1-0 lead and Piner with a runner at third with no outs in the bottom of the first when the game was called Friday Afternoon because of rain.   When the game was resumed on Saturday, it took three pitches for them to tie the game.  By the time the first inning ended they had the lead and on the way to a 7-4 win over El Molino.

Tony Martignolli, scored the tying run on a wild pitch.  He had doubled and reached third on a wild pitch before the game was stopped, on Friday.  That would start a big game for Martignoli.

Ben Stolte was up when the run scored and he started his big offensive day with a walk. After stealing second, he scored on a two out RBI single by Grant Wingett, to give Piner a 2-1 lead.   Stolte scored another run in the third and it was basically the same combination, although instead of walking, he singled.   Then he stole second again and instead of Wingett bringing him with an RBI single, it was Dylan Currin.   Stolte would have another single and steal of second in the two run fourth, as Piner took a 5-1 lead.

Meanwhile Martignoli was pitching for Piner and spent most of the Saturday being perfect.   He retired the first 12 batters he faced, before issuing a walk to lead off the sixth.    That started a three run El Molino inning to cut the lead to 5-4.   The big hit of the inning was a two run single by Gonzalo Santibanez.    Piner got two of the runs back in the bottom of the sixth and Martignoli closed things out in the seventh.

Neither Piner nor El Molino will win the SCL baseball race, but this was an important game for the league’s post season tournament.  A win for El Molino would have pulled them into a tie with Piner for the final spot.

NOT ONLY WEATHER ISSUES

I’m not sure what was more surprising, the North Bay League getting all of its games in on Friday or as they were getting the games in, all the Sonoma County League was affected by the rain.

The Piner-El Molino game was one of three games delayed.   One other was started and will be continued.     Elsie Allen led Healdsburg 2-1 in the bottom of the fourth when that game was stopped.   It will be finished on Wednesday.

The Petaluma-Sonoma Valley game never got started.   It has been rescheduled for Wednesday (April 30th).

Santa Rosa’s Morgan Bertsch added an event to her Track and Field resume.   She has already been a winner in the High Jump and Triple Jump.   On Wednesday, in a home track meet at Santa Rosa , she added the Long Jump to her titles.   On Saturday in the Viking Classic, Bertsch competed in the High Jump and won that.

At the same event at Santa Rosa on Wednesday, on the Boys side, Rancho Cotate’s Justin Zinnerman was also a triple winner.   He can jump and run.  He won the 100 and 200 Meter in the running area and took the High Jump on the field side.   Zinnerman won the high jump with a school record jump of 6’ 9”.   The school record was set in 1982. His leap is the second best jump in the state this year and is No. 7 All-Time in Redwood Empire History.   He also won the High Jump event at the Viking Classic with a jump of 6’ 4”.

It was the 25th annual Viking Track and Field event and over forty schools participated.

The Maria Carrillo Baseball team is on the verge of winning its first North Bay League championship since 2001.  They also won it in 2000 and followed that up with North Coast Section Crowns in 2002 and 2003.

The Pumas are trying to pull off what Casa Grande did in 2013 and add on to it.  Casa Grande won twenty one straight and just missed going through the NBL Baseball race undefeated, losing to Cardinal Newman with three games left in the league season.   They won the NBL by three games, the NBL post season tournament and then went to the NCS Championship game.

While Casa Grande made headlines during its streak last year, with the one run wins, Maria Carrillo has been dominating during its streak.   Three of the fourteen wins have been by one run, including back to back wins over Montgomery and Cardinal Newman.   The win over Cardinal Newman was a 7-6 score, which is over a third of the runs they have given up in NBL play.  Maria Carrillo has scored in double figures in four of the wins during the streak and nine in another.

Maria Carrillo has three games this week, including a non-league game against Vintage, who is 10-10 on the season.    The Pumas need the wins.   Despite the record, they are No. 4 in the Division 2 power rankings.  Clayton Valley charter is No. 1 and didn’t get hurt by the loss.   Maria Carrillo could get some help this week from Casa Grande, who hosts defending NCS Champion Campolindo, on Monday.  Campolindo is No. 2 in the Division 2 power rankings.