THIS AND THAT: GIANT FANTASY SEASON 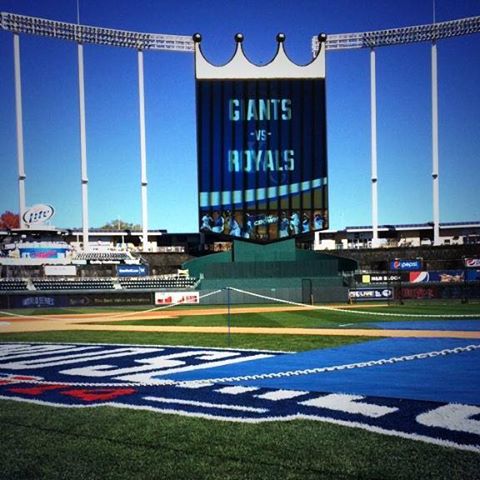 This is an article from a Giants fan’s perspective.
If you aren’t a Giants fan, maybe you don’t want to read it.
If you’re a Dodgers fan, all I can say to you is HA.
On Tuesday, the San Francisco Giants will be in Kansas City to meet the Royals in Game 1 of the 2014 World Series.  That unlikely matchup is going to end an unlikely roller coaster season for Giants.
Actually it is continuing an unlikely decade.
Five years ago, the thought of the Giants winning a World Series Championship was a fantasy.  The Giants in the playoffs seemed far-fetched.
Then came the magical season of 2010 and with it came the first ever San Francisco Giant World Championship.  Now they are going for their third in five seasons.
Are you kidding me?
Speaking of are you kidding me, how about the 2014 baseball season?
On March 31st, the Giants started things with a 9-8 road win over the Arizona Diamondbacks.   In that game the Giants went into the seventh behind 7-3.  After two were out they scored four runs to tie the game and two in the ninth to rally for the win.
Little did we know what that game started.
How could we know?
It was a season that had long stretches of time that the Giants played like the best team in baseball.
And just as long stretches (it seemed like even longer) where they were the worst.
At times they looked like some of the great teams of all time.
At other times they looked like the Cubs.
On one day they beat the Dodgers 9-0.
The next one they lost 17-0.
They won twenty games in May.
They won twenty two games in June and July combined.
One day after winning a 5 hour 29 minute, 13 inning, 11-10 game at Pittsburgh, they lost a 2-1 game that was the first instant replay walk off in baseball history.
They lost a game to the Cubs that started on a Tuesday and ended on a Thursday because of a four hour rain delay after a 15 minute storm.
How rare it is to take three days to finish a game, they had one game that took more than three months.
Officially on June 8th, they were 43-21 and had a ten game lead in the NL West.  If you looked at the paper on the morning of June 9th, it says 42-21 and a nine and a half game lead.  That is because a game that started on April, ended in September and all the numbers were moved to April.
Because of that they had one player make his major league debut in June.  Another made the debut in July.  The first official game for each of these players is now in April.
When that game resumed, the Giants pitcher who got the last out in April, was a Yankee in September.
Travis Ishikawa drove in a run.  When the game started he was out of baseball.
Yes, that Travis Ishikawa.
That 10 game lead, or 9 1/2 whatever you want to call it, was gone in less than a month.
If you know a Giants fan (even me) that says they thought in July that they would be in this position in October, don’t believe them.
Remember when you were disappointed that the Dodgers won the NL West?
Here is another HA to Dodger fans..


Meanwhile who is playing second base today?
Remember Ehire Adrianza?
How about Brandon Hicks?
You don’t want to remember Dan Uggla.
You will have a hard time forgetting Joe Panik.
Remember when Tim Lincecum pitched a no-hitter (yes that was this year)?
Remember when Matt Cain was the horse?
How about when it seemed the only one hitting for the Giants was their starting pitcher and he hit grand slams.
Remember when you were mad when the Giants didn’t make the blockbuster deal at the trade deadline like the A’s did.
The Giants big news was picking a pitcher who had a 1-12 record, a Panik move and Travis Ishikawa.


Travis Ishikawa?
How about that weekend against Colorado?
The three game nightmare when they had the lead in the eighth inning or later and turned into three losses.
It took the Giants sixty four games to win 43 games.
It took 95 to win the next 43.   Actually they almost didn’t make it to the next 43.
In early August they lost five straight, three of them to Kansas City, and they were six games over .500.  That was about two weeks where they had lost six straight, three of them to the Dodgers.
Playoff team?  How about a .500 team?
Somehow some way, they made the playoffs.
Then what about those playoffs?
One thing it told me is I have a solid heart.
Brandon Crawford’s grand slam.
The Saturday night when plans were changed until the other Brandon hit a homer six hours after the game started.
Those plans would have been ruined had the Giants not won that game.
They scored the winning run in one game on a Wild Pitch.   When the next batter was in the middle of an intentional walk, a runner was thrown out at the plate after another wild pitch.
Hunter Strickland won a game.
Madison Bumgarner was, well Madison Bumgarner.  That was the only thing normal about these playoffs.
Then there is the Cardinals series.
Matt Duffy’s making a mad dash home from second on a wild pitch.
Went eight innings in one game and the only hit was from Tim Hudson and they won the game.
Randy Choate throwing the ball down the right field line.
Game 5.
The homerless streak ended by Joe Panik.
Michael Morse to tie.

Jeremy Alfeldt gets out of bases loaded jam to keep the tie.
Travis Ishikawa.
Yes that Travis Ishikawa.
It has been quite a ride.
After the Giants won the World Series in 2010 it didn’t matter to me if they ever won again.  No matter what happened they could never take away my championship shirt or those championship memories.
Of course I am still rooting for them.  But they can’t take it away.
As we go into this version of another Giant World Series after these playoffs, I am feeling the same way.
GO GIANTS
My email address is jacpasquini@comcast.net
Share