THIS AND THAT: IT BEGINS 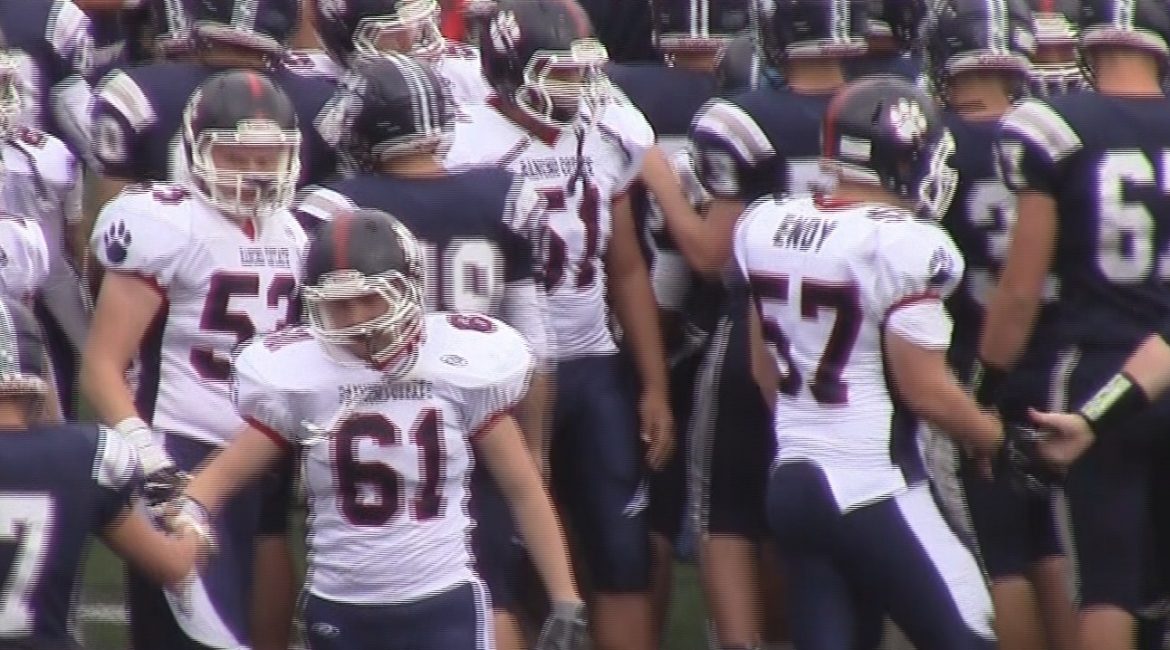 Monday August 10th.
In most places, the school year starts in the next two weeks. For everyone, it is the date for the first official football practice.


Yes it is that time of the year.
The season for most teams is less than three weeks away, starting the weekend of August 28th. For other teams it begins the following weekend.
This is how things looked at the end of last season.
The No. 1 YSN365.com ranked team and defending Sonoma County League champion is Analy.
Rancho Cotate and Cardinal Newman tied for the North Bay League championship, while Fort Bragg and St. Helena were co-champions in the NCL I.
The NCL II, which is no longer a league, was won by St. Vincent. Realignment has affected the NCL II quite a bit over the past few years, but this move is looking close to permanent. Three of the four teams, Calistoga, Tomales and Upper Lake, have moved to the NCL III, which is an eight man football league.
St. Vincent is the only team from last year’s version of the NCL II who is still playing 11 man football and is in the Bay Football League. The defending champion is Stellar Prep of Oakland, who went 10-3 last year and defeated Middletown in the first round of the Division 5 playoffs. With the other teams in its league in Emeryville, Fremont, Oakland and San Jose, St. Vincent will be a traveling team.
In 2013, St. Vincent was in what was called the NCL II/Bay Football League. That was a six team league, three from the NCL II World and three from the East Bay. St. Vincent and Calistoga ended in a first place tie.
POWER RANKINGS
Don’t ask me how a computer can figure out rankings before a game is played, but somehow it can.
In the first North Coast Section pre-season Top 20 rankings, of course De La Salle is No. 1. Who else would be?
Four local teams are in the top 20 and they are the familiar teams. The highest is Cardinal Newman at No. 9. They are followed by No. 11 Rancho Cotate, No. 19 Casa Grande and No. 20 Analy.
By the way, the opening weekend of the season Casa Grande will meet Analy at Santa Rosa High School. That game is on August 28th.
HOME GAMES NOT AT HOME SCHOOL
Even though the Casa Grande-Analy game is being played at Santa Rosa High School, it will still be considered a Casa Grande home game. The field at Casa Grande is being changed from a grass field to the fake grass. The plan is that the field will be ready for the regular season finale on November 6th against Montgomery. The other Casa Grande home games are on other fields. The Rancho Cotate game on September 25th and will be played at SRJC. The other three league games are scheduled at Petaluma High School.
The term for this fake grass is called “crumb rubber”. It isn’t the same material that is used on other fields in the area and there are concerns that the turf could be a health issue for anyone using it. There have been some tests done by the state, which concludes that there are no health issues, a test which some parents aren’t buying into.
Casa Grande isn’t the only team that will be traveling for home games. Analy and El Molino are also changing its fields to the fake stuff. Both schools are using a different material than Casa Grande is using on its field. According to the schedules, neither team will be playing home games at its home field. Analy’s home games will be at Rancho Cotate, while El Molino’s will be at Windsor.
STATE PLAYOFFS CHANGES
Even though the North Coast Section voted against it, the State Football playoffs have expanded in a big way. Last year there were five State Championship games, this year there will be 13. The main reason for the change, at least this is what officials are saying, is it takes the guessing out of who qualifies for the post season tournament. All section champions will move into the state playoffs.
Of course another reason, although they aren’t telling us this, is for the money.
It means the season will end the weekend of December 12th and 13th for any team making State Championship Weekend. This year the bulk of the games will be played at Sacramento State.
If a team makes it to the State Championship game it will be Game No. 15 of the season.
WHAT THEY ARE PRACTICING FOR
Here is the first week schedule. The numbers are what the teams were ranked in the final rankings from 2014.
FRIDAY AUGUST 28TH
No. 1 Analy vs. No. 10 Casa Grande at Santa Rosa High School
No. 3 Cardinal Newman at Del Norte
No. 8 Windsor at No. 7 Petaluma
Berean Christian at Cloverdale
De Anza at Kelseyville
Fremont at Sonoma Valley
Napa at Montgomery
South Fork at No. 4 Fort Bragg
Ukiah at McKinleyville
Willits vs. No. 9 El Molino at Windsor
SATURDAY AUGUST 29TH
No. 5 St. Helena at St. Vincent
No. 6 Maria Carrillo at Redwood
Emery at Piner
Healdsburg at Drake
My email address is jacpasquini@comcast.net
Share