THIS AND THAT: LOOKING AT THE NCS FOOTBALL DRAW 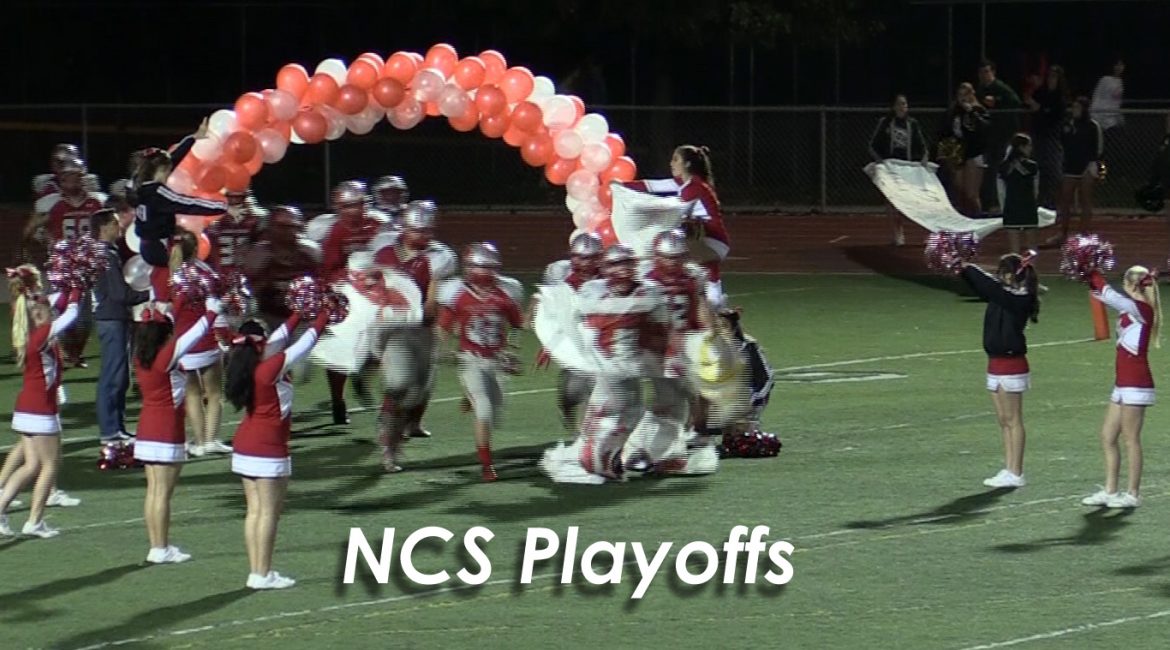 If I have learned anything about the North Coast Section Football playoffs, which were announced on Sunday, it would be- although the power rankings are a fun thing to look at as the season is going on, they don’t mean much.   The committee is going to do what the committee is going to do.
I have also learned, when trying to predict what is going to happen like I did in my post Sunday Morning, instead of saying some will be right and some will be wrong, I should say something to the effect of- the overview will make things look like I have no clue.
That is how I felt as the picks were announced.
There was one division I nailed. That was Division 1, but then you could say the same thing about that division for the past three decades and you would nail it.   De La Salle is No. 1 and it doesn’t matter about the rest.
As for the rest I was hoping nobody read my fearless prediction.
DIVISION 2 (Grade: B)
Once they got out the formalities of naming Clayton Valley and Concord the top two seeds out of the way, this is the best the local area did.


As suggested here in the predictions, three North Bay League teams lined up behind the top two.   The predictions just didn’t have the right order.   Also, in the predictions it was said that I had a feeling Montgomery would be traveling.   Montgomery did get its home game by the skin of it teeth.
The No. 3, 4 and 5 seeds in order are Windsor, Maria Carrillo and Casa Grande.  All three teams will host first round games.
Windsor held on to the No. 3 seed despite losing its last three games.    What probably kept Windsor there is that all three losses were close games and two of them were decided on the last play.  Windsor fans might think they are overdue for a close finish win in the playoffs.
Both Maria Carrillo and Casa Grande rushed towards post season
Maria Carrillo won four of the five down the stretch, including a win over Windsor in which they scored the winning touchdown on the last play of the game.  The Pumas had one of the best years in school history.   They were in three of the four losses and earned the No. 4 seed and the home game that goes with it.
Casa Grande looked so unlike Casa for most of the season, but they turned things around down the stretch winning four of five to get a first round home game.   It is a remarkable turnaround that saw the team start 0-5 and the closest of those games was a 27-7 loss to Windsor.

DIVISION 3 (Grade:  D)
Okay the grade should be an F he says with a red face.   The only reason for the D is I got the top two seeds right which a two year old could have done.
As far as the rest, including the local teams I was not even close.

How bad I was doesn’t compare with what happened to Rancho Cotate.   The weekend started by not being the playoff league champion, because of numbers drawn before the season started.   The knife was twisted a little more when it was announced that as a No. 7 seed they would have to go on the road against No. 10 John F. Kennedy, because of the league champion rule.
The minor thing I got right in this bracket was predicting Rancho Cotate would be seeded higher than Cardinal Newman, despite losing out on the tie-breaker.   I had actually heard from a reliable source that Rancho Cotate would be No. 7 before the official draw came out.   I figured that prediction was up in flames.   It turned out that even with how bad Rancho Cotate got treated, Cardinal Newman got treated worse, except they still got a home game.   They were No. 3 in the Division 3 power rankings and got a No. 8 seed.   It was the biggest drop between power ranking and seed of any team in the playoffs.
There was another reason for the D grade and that was Analy.  I suggested that they would be behind both Cardinal Newman and Rancho Cotate.
Not only wrong, but really wrong.

They settled in at No. 4.  Also it was made official that Analy is officially 9-0.  It has been ruled that McClymonds used at least one ineligible player in the 55-14 win over Analy.  In a strange ruling, it isn’t a forfeit.   It is like the game was never played.   So the one loss Analy suffered, goes away.
It wasn’t all great news for Analy.  They host defending Division 3 champion El Cerrito on Saturday.    These two teams have a history.  Two years ago in the NCS Division 3 playoff game, Analy’s 12-0 season was ended by El Cerrito 40-20.
Another reason for the D is the prediction that Petaluma would be a double digit seed, which they are.  I should have left it at that, but I had to add they would travel to Cardinal Newman or Rancho Cotate, which they aren’t.
LOCAL DIVISION 3 SCHEDULE (ALL GAMES AT 7 PM…REMEMBER 7 PM)
No. 7 Rancho Cotate (7-3) at No. 10 John F. Kennedy of Fremont (10-0) …Friday
No. 11 Petaluma (7-3) at No. 6 Alhambra (7-3)…Friday
No. 13 El Cerrito (5-5) at No. 4 Analy (9-0)…Saturday
No. 9 Novato (7-3) at No. 8 Cardinal Newman (7-3)…Saturday
POSSIBLE ROUND TWO GAME
No. 8 Cardinal Newman at No. 1 Campolindo

DIVISION 4 (GRADE:  C)
Well maybe C-.
The only debate in some people’s mind was who would be the No. 1 seed.  In this case should have gone with the power rankings.   Actually the top five seeds were the same as the power rankings.   That trend stop at No. 6.
Fort Bragg is No. 6 in the power rankings.
Fort Bragg has something in common with Montgomery and Cardinal Newman.  That is usually a good thing.  In this case it could be better.   Fort Bragg is also a No. 8 seed.  As league champions, they were going to get a home game.  As a No. 8, if they win, they go directly to No. 1.   It says on the NCS Website that league champions have home field preference all away to the championship game.   That rule has been changed by NCS and now the Champions only get home field for the first round and after that home field goes to the higher seed.  No. 1 St. Mary’s has a first round bye and the bracket for Division 4 has the round two game on Saturday November 15th  at 1 pm at Saint Mary’s.

Also, a question has been raised as to the eligibility of McKinleyville.  It seems they might not meet playoff eligibility criteria, because a win vs Northern Section D4 Trinity is actually a D5 game based on Trinity’s enrollment.  They would be a D5 school in NCS.  In that case Mckinleyville would be under .500 in all playoff consideration categories.
The rest went pretty much as expected, although I did suggest Fort Bragg would be playing a local team.   I also suggested they would be seeded higher.

DIVISION 5 (GRADE: B+)
I give myself this grade because of something I did write with bravery, as I did on other things that I was wrong on.   I had warned my Cloverdale family that even though they would get a seed that is usually good for a home game, they might be matched up against St. Vincent , which would be a road trip because of the league champion rule.
That is what happened.  I did say St. Vincent would be a double seed, but this is No. 8 vs. No. 9, which means the winner goes to No. 1 and defending champion Salesian, who has a first round bye.
As for the rest there was no major shakeup, although somehow St.Bernard Catholic jumped St. Helena for the No. 2 seed.
LOCAL DIVISION 5 SCHEDULE (THE NIGHT GAMES AT 7 PM…THERE IS ONE SATURDAY AFTERNOON GAMES)
No. 14 South Fork (5-5)at No. 3 St. Helena (9-1)…FRIDAY AT 7 PM
No. 8 Cloverdale at No. 9 St. Vincent…SATURDAY AT 1 PM
No. 13 Tomales at No. 4 Middletown…SATURDAY AT 7 PM
POSSIBLE ROUND TWO GAME
Cloverdale-St. Vincent at Salesian (Not possible, will happen)
OVERALL GRADE:  C (Well C-)
My email address is jacpasquini@comcast.net
joe pasquini,nbl football,ncs football,ncs playoffs,ysn365
Share