THIS AND THAT: NOT YOUR TYPICAL PREVIEW 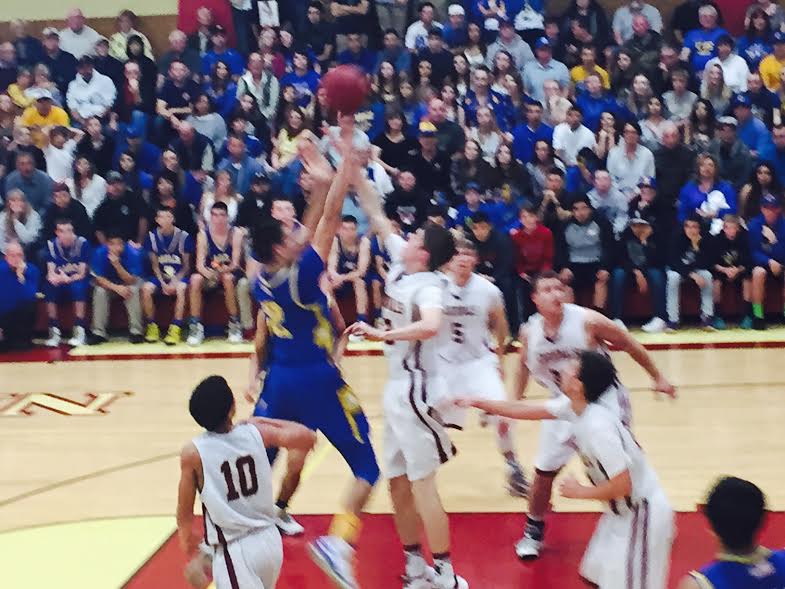 It was a different feeling covering the Cloverdale-Cardinal Newman game.
The two worlds I have spent time with in my life, collided. 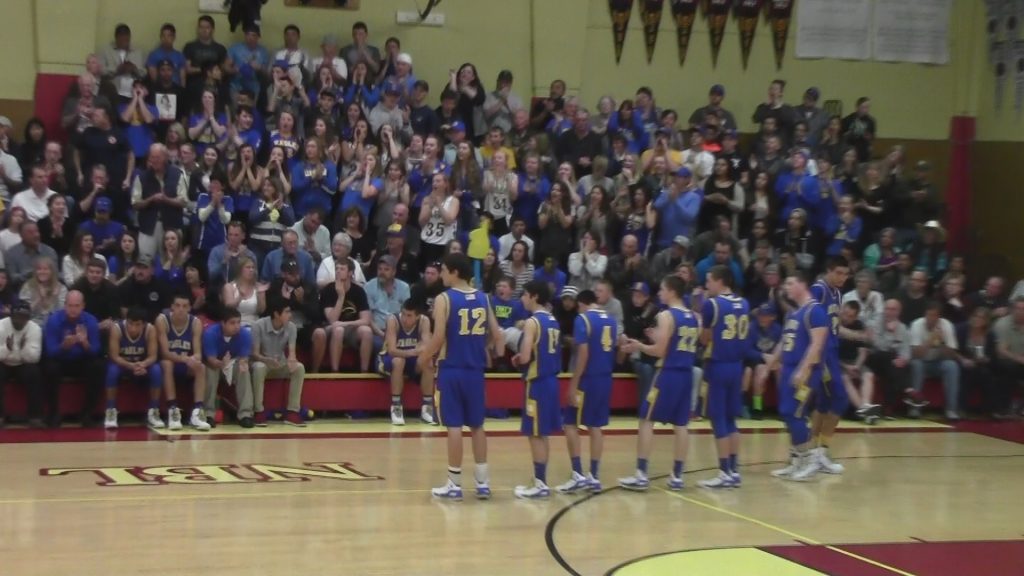 The life from many years ago came for a visit, and it was a good feeling, as well as a confusing one.
The day of the game was like a Super Bowl on one hand, and a job to do on the other.
I wasn’t sure how that conflict would work out.
I must admit the Cloverdale-Cardinal Newman game was not a new thought. It has been on my radar since before Christmas, but I didn’t realize until it was a reality, how much the connection meant.
When I started writing the article on the memories of the Cloverdale-Cardinal Newman games, I had an idea of where I wanted to go, but I went all over the place and couldn’t stop writing.  All of a sudden, I had this huge article and had to force myself to stop.
I was also worried about how I would react during the game.  I do get emotional when it comes to sports (ask my wife), and being there in two roles, made me a little nervous.  I even debated about wearing my Cloverdale State Championship Hat.  I decided the heck with it, and showed it to more than a few people, just in case they didn’t get the memo.  Then I sat right in the middle of the Cloverdale fan base with family members.  Someone did mention to me, I should show some neutrality.  By the time, I got to the game I figured, why?
The concern about how I would act during this game, went out the window.  I didn’t get find out how I would react in a close game.  I did get vocal over one call, but by then the game had gone pretty much where it was figured it would go.
There was a lesson learned, and it is something the kids of today should take note of.
At least a lesson was learned by me.
Every part of life will always be with you. You will leave your young years, but parts of it will stay with you.  The memories you are making now, will stay with you forever, and they will be part of you as you go.
MESSAGE TO CLOVERDALE FANS
Actually this is to most of the NCL world.  I know it does seem fair that Cloverdale is playing Cardinal Newman in the playoffs.  As I wrote last week, it is a shame what has happened to the NCL world since most of the teams have moved to Division 4.  The way it is, a big loss is coming, usually in the first round.  Cloverdale fans take heart, the team got a NCS win, which has been is rare for the NCL world.
Division 4 doesn’t seem like playoffs, just look at the scores, there just isn’t much suspense.  There have been twelve games, and eight of them had more than a twenty point spread.  It has been like that in the division for years and the Girls bracket is basically the same.
As I said last week, I don’t know what the answer is.  Cardinal Newman isn’t the only problem in this bracket for the NCL World, it is just the most noticeable, because they are the most local.
Saturday’s game was more about of support and pride for a town for its high school, than the game itself. There is nothing wrong with that, in fact I was pretty proud to claim I was from Cloverdale this night. Had that been the category to advance, Cloverdale would be in the next round. Not only that, they would be as big of favorites as Cardinal Newman was in the game portion of things on Saturday Night.
One other note: Cloverdale is supposed to be good against next year. They were good this year, for Cloverdale and the NCL world standards, just not the top of Division 4 standards. With the North Coast Section still counting its money from Saturday Night, you can bet that if possible, Cardinal Newman and Cloverdale will be in the same part of bracket to get another game between those two as soon as possible.
THE OTHER TEAM
In my preview, in a way, I challenged the Cardinal Newman fan base for the Saturday game.  That was not lost on some of my friends from Cloverdale.  I attended the Northgate-Montgomery game on Friday night and that crowd wouldn’t have reminded anyone of a Montgomery-Cardinal Newman crowd, like the Saturday’s crowd did.
Let just say the Cardinal Newman fanbase, as you knew they would, answered the challenge.
CORRECTION
The Casa Grande-Petaluma baseball game is on Wednesday, not Tuesday as was temporarily stated on an article here. That game, at Petaluma High, will be the start of a 50-50 raffle with the proceeds going to Bradley Smith.  The winner of the raffle, plus other events taking place to help Bradley, will be drawn on Saturday when Petaluma hosts a JV-Varsity doubleheader against Arroyo.
My email address is jacpasquini@comcast.net
You can also now follow me at twitter @homer2612