THIS AND THAT: ST. HELENA LAST LOCAL FOOTBALL TEAM STANDING 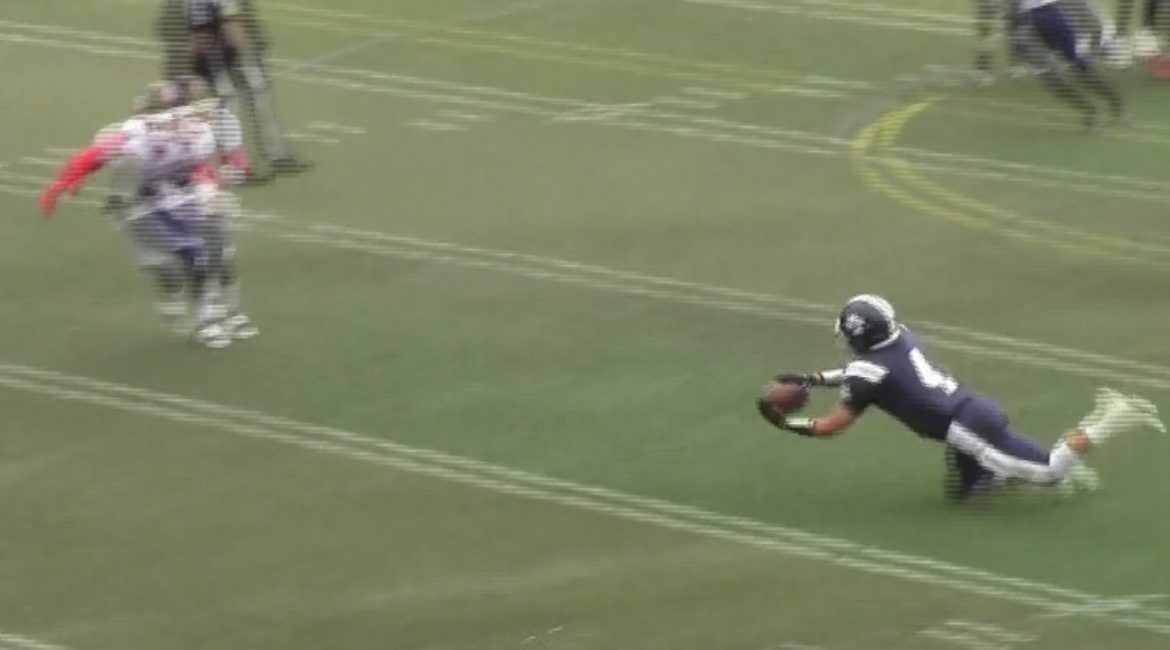 Only one team in the area is still in football season.
That is the St. Helena Saints, who at 12-1 have set a record for most wins in school history.  In both 2011 and 12 they had a chance at that record, but lost that next playoff game, to settle for tying the record.
This year they won that playoff game.   The Saints had to go on a long trip up north and came back with a surprising win over St. Bernard Catholic.   Surprising, not so much because of the win, the game was a tossup, but because they won easily taking a 37-14 victory.
It was a surprise to most of the experts, but maybe not St. Helena.  It is the sixth win of the season where they have won a game by twenty or more points.   Between the schedule and the team they have, that is not a surprise.   They shared the NCL I title with Fort Bragg, who handed them their only loss.  Since then they have won five straight, the closest game, in the second round of the playoffs, which was a 30-14 win over St. Patrick-St. Vincent.
St. Helena scored an average of 17 more points than they gave up.  That was second in the area behind Analy’s 26.4.
Defensively they gave up 14.9 a game, which was second behind Middletown’s 12.0.
The offense is led by senior quarterback Jack Preston, who threw for over 1,500 yard and rushed for over 1,200 more.   Between passing and rushing he has combined for thirty touchdowns.
St. Helena has had quite a football program over the years.   In the 60’s they won forty six straight, tied a game then they won six more before losing to Cloverdale 12-7.
The forty six game winning streak is the longest in the state for a public school.
St.Helena is trying for its first NCS championship since 1977, which is also the last time they reached a championship game.
According to the power rankings, outside of the second game against Winters, St.Helena has played its toughest teams in all three playoff games.  In each round the teams have been tougher.
On the second week of the season St. Helena defeated Winters 33-20 to hand them their only loss of the season.   Winters won the Northern Section and won it quite easily.   The loss to St. Helena might have cost them a Nor Cal Bowl playoff berth.
Speaking of that, up to now we haven’t mentioned the opponent Salesian.   The Nor Cal Division 4 power rankings go: No. 4 Salesian, No. 5 Winters and No. 6 St. Helena. This is for the NCS Division 5 championship and yet for the Nor Cal playoffs, the teams are in Division 4.
If you have read the previews up to now, you know about Salesian and that they are big favorites.  They are looking for their fourth NCS title in five years.
If you are looking for a bright side for St. Helena, it would be that the only year that Salesian didn’t win a NCS title in the last five seasons was 2012.  That year, in a second round game, St. Helena defeated Salesian 29-25.
NORTH COAST SECTION CHAMPIONSHIP WEEKEND
DIVISION 5
FRIDAY DECEMBER 5TH
7 PM
AT ALHAMBRA HIGH SCHOOL
No. 1 Salesian (10-2) vs. No. 3 St. Helena (12-1)
CAL PREPS PROJECTION: Salesian by 14
DIVISION 1
SATURDAY DECEMBER 6TH
AT DUBLIN HIGH SCHOOL
7 PM
No. 1 De LaSalle (12-0) vs. No. 3 Pittsburg (10-2)
CAL PREPS PROJECTION: De La Salle by 28
De La Salle has won every NCS championship since 1992.   The last team to win it that wasn’t De La Salle was Pittsburg.
DIVISION 2
FRIDAY DECEMBER 5TH
7 PM
AT DIABLO VALLEY COLLEGE
No. 1 Clayton Valley (13-0) vs. No. 2 Concord (12-1)
CAL PREPS PROJECTION:  Clayton Valley by 11
Clayton Valley is going for its second NCS title in three years.   Concord won one in 2010 and lost to Windsor in the 2011 Championship game.   Earlier this season Clayton Valley beat Concord 48-40.


DIVISION 3
SATURDAY DECEMBER 6TH
7 PM
No. 1 Campolindo (13-0) vs. No. 3 Marin Catholic (10-3)
AT DIABLO VALLEY COLLEGE
CAL PREPS PROJECTION: Campolindo by 14
Both teams have won NCS titles in the last three years.  In 2011 Campolindo defeated Marin Catholic 20-18 in the championship game. Both teams went into that game 12-0.
DIVISION 4
FRIDAY DECEMBER 5TH
AT DE ANZA HIGH SCHOOL
7 PM
No. 1 St. Mary’s (11-1) vs. No. 3 Justin Siena (10-3)
CAL PREPS PROJECTION:  St Mary’s by 14
Both of these teams have won NCS title in the last two years.   St. Mary’s is the defending champion.
All five No. 1 seeds are favorites.   This is the seventh year of this format and the No. 1 seed has yet to sweep all five divisions.  The closest was four of five in 2011 and 2012.  The only division each year that No. 1 didn’t win the championship was Division 3.  That was the two years that Campolindo and Marin Catholic traded titles.   The least amount of No. 1 seeds winning is one.  That was last year and that was of course De La Salle. PLAYER OF THE WEEK
Ja’narick James (Analy)…For the second straight week you could make the case for several Analy Tigers.  James carried the ball thirty times for 137 yards and three touchdowns. He also added a season high seven catches for another 35.  James rushed for at least 100 yards in four of the last five games.   The last two weeks in which Analy was in two tight games he rushed for a combined 289 yards and six touchdowns.
CONFIRMING
If you have to lose to end the season, and most teams do, especially if they make the playoffs, you would want to lose like Analy did.   The expectations against Campolindo were not much.  They were supposed to take at least a three touchdown beat down and go home with another successful year, at least locally.   Instead they were right in it until the last three minutes and had most of the East Bay holding its collective breath.
They also confirmed the choice as the No. 1 team in the YSN365.com final rankings.
ONE OTHER LOCAL TOURNAMENT
It is hard to keep track of everything going on especially in the basketball world.   In the basketball preview posted earlier this week I said there were two local tournaments.
Make that three.
Sonoma Valley is hosting its 19th annual girl’s classic.
The first round is Thursday.
4 pm…San Marin vs. Vintage
5:30…Analy vs. Northgate
7 pm…Montgomery vs. Menlo-Atherton
8:30…Sonoma Valley vs. Elsie Allen
Northgate is the defending champion.
Ukiah is also hosting its annual Fred Iten Classic.   I haven’t seen a bracket for that.
SPEAKING OF
After the surprising news that they were letting long time coach Bill Heath go after 37 years at the helm, the Ukiah Boys Basketball team are off to a 2-0 start.  One of the wins was a road win on Tuesday over Analy 72-65.  Analy is considered at least a top five team in the area.
The new head coach is former JV coach Jeff Silva-Brown.
That isn’t the only coaching change in the area.  Jim Gomes is the new coach for the Santa Rosa Girls.   Gomes was the Santa Rosa JV coach for several years before moving onto the Casa Grande staff last season.  He replaces Steve Chisholm who resigned because of health issues.
My email address is jacpasquini@comcast.net