THIS AND THAT: THE LACK OF RESPECT CONTINUES 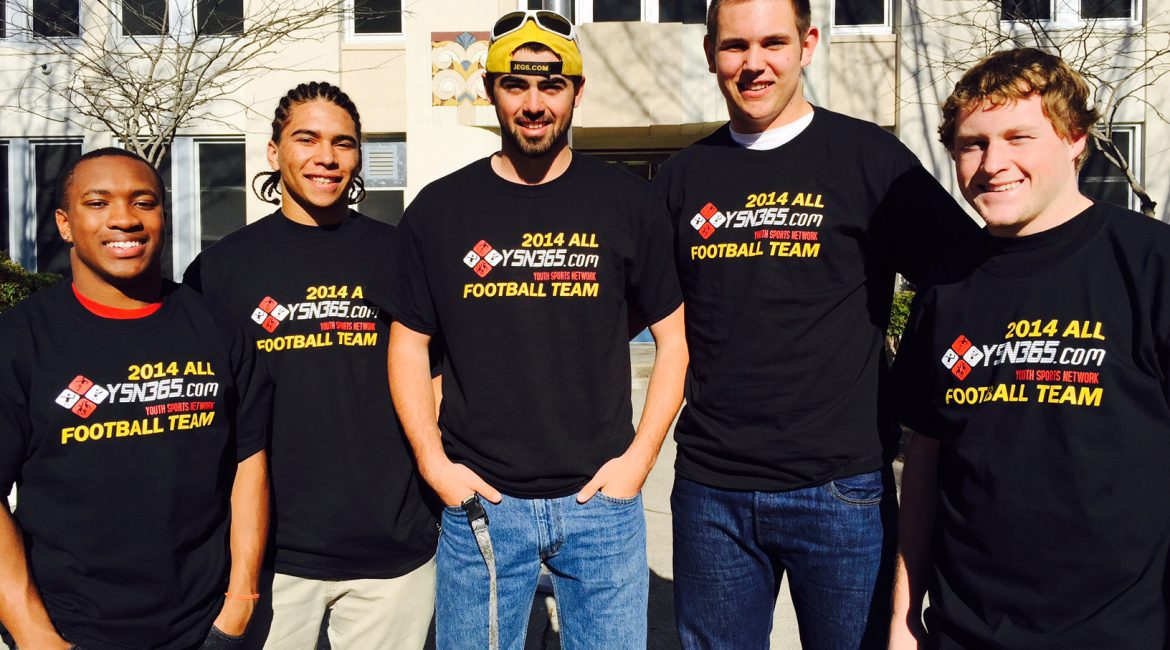 Cal Hi-Sports is one of the most respectable and powerful voices in high school sports.
When they speak people listen.
Recently they posted their final top 25 Football teams.  The article stated the biggest debate was where to put Campolindo, who won the Division 3 State Championship and finished the season 16-0.  They ranked them No. 4. Of course De La Salle was No. 1 and Clayton Valley who lost the Division 2 state title game was No. 3.
It is no secret that the Sonoma County schools don’t get much respect in the regional polls, but this might have been close to an all-time low.  None of the local teams were in the Top 25.
The biggest local snub belongs to Analy, who was not in the top 25.  They were one of thirty seven teams that were called a bubble team.  This is an Analy team they went 11-2 and was within two points of No. 4 Campolindo in the 4th quarter of an NCS playoff loss.
Don’t worry Analy fans.  You can take pride in the fact that you were the No. 1 team in the YSN365.com rankings.  You got your respect here. ALL YSN365.COM FOOTBALL TEAM
I will admit that I had nothing to do with picking the team.  I would have loved to have been able to join Dave on the tour handing out the AAL YSN365.com Football shirts to the members.  That must have been something special meeting the players and coaches and getting this reaction.

This is the one of the best things this website has been a part of.  The shirts were supplied by Sonoma Design Apparel.  If you need hats or shirts give them a call.
At the very least call them and thank them.


MAX PREPS SALUTE
This is going to new feature dedicated to the coaches and schools that take time to post their stats each week.  We will do a couple Boys and Girls in each This and That.
BOYS
Rudy Gutierrez, Santa Rosa…averaging 12.3 a game and has scored in double figures in eight of ten games.  He is shooting 44% from three point range.  His game high is 22 in a 68-65 loss to Central Catholic.  The next game he scored 21 vs Pittsburg.
Cyle Caselli, Sonoma Valley…averaging 16.4 a game and has hit the 20 point mark four times including a season high 23 twice. He is also averaging nearly seven rebounds a game and has four double-double.
Dustin Martin, Clear Lake…Is averaging 15.6 a game and hit the 20 point mark four times including a season high 26 in a 73-66 win over Clear Lake. He is shooting 93% from the free throw line hitting 26 of 28.

GIRLS
Reilani Peteti, Rancho Cotate…The sophomore is averaging 13.8 points a game. She scored four points in the opening game.  Since then she has scored in double figures in every game but one.  In that game she scored eight.  She is also averaging nearly ten rebounds a game.  She has had five double-doubles and also averages 4.5 assists and over three steals a game.
Jenny Eggers, Sonoma Valley…The junior is averaging 13.3 a game and hit the 20 point mark twice.  She is also averaging over seven rebounds a game.  She had a double-double 18 points and ten rebounds in the league opening 44-43 win over Analy.
Sonoma Valley is the only SCL Girls team that uses MaxPreps.
Aleia Milano, Lower Lake…The freshman is averaging 11.2 a game.  She had a streak of seven straight games scoring double figures, hitting the twenty point mark twice.

COLLEGE UPDATE
Both the Sonoma State teams are off to good seasons.
The Men are 8-2 and their 5-1 record is good enough for first place.  They have a one game lead over four teams.
If gets tougher for the Seawolves though.  Eight of their first ten games were at home.  The next eight of ten are on the road.  That starts this weekend with two road games.
The Sonoma State Women are 6-4 overall and 4-2 in league which is two games back of first place Humboldt State.
The Seawolves leading scorer is Santa Rosa Graduate Hannah Sourek at 14.6 a game.
Sonoma State goes into Friday’s game at UC San Diego with a five game winning streak.  UC San Diego is one of two teams tied for fourth in the league race.  That is the start of a big weekend.  On Saturday they go to Cal Poly Pomona who goes into the weekend tied for second, one game ahead of Sonoma State.
Both the SRJC Men and Women won their first conference game on Tuesday Night.
The defending state champion Men have won two straight and are 8-7 on the season.
The Women are 7-8.
Both teams are at San Joaquin Delta on Friday.  The San Joaquin Delta teams also won theirleague opener.
My email address is jacpasquini@comcast.net
Share