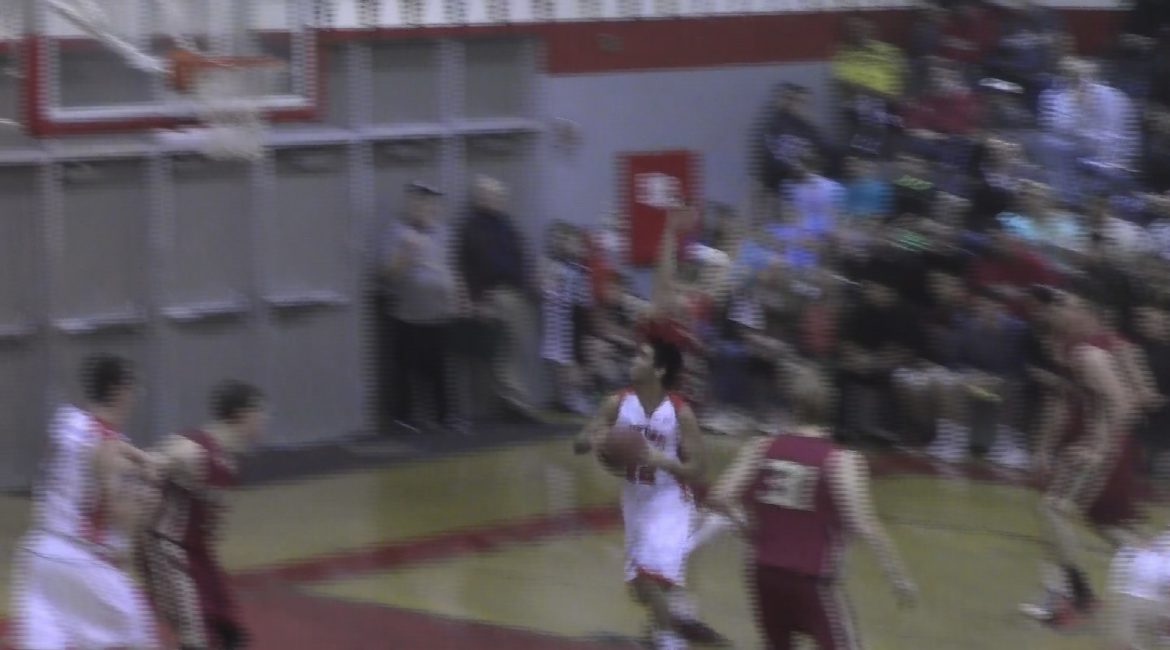 It appears the last shot at a challenge in the NBL Boys race is happening Thursday when No. 1 Montgomery travels to No. 5 Maria Carrillo.

From the evidence we are seeing it appears that the race thing isn’t likely.

Montgomery continued to cruise through the league schedule with a Tuesday Night 55-35 win over No. 9 Cardinal Newman.  The Vikings are 13-4 on the season and have a six game winning streak.

The twenty point win was the closest of the 5-0 start in league play and it really wasn’t that close.  Montgomery had its first twenty point led early in the second quarter at 31-11.   It was mainly a bench game in the second half.   Sam Averbuck scored 14 to lead the Vikings followed by 13 for Alec Raven.

Conner Head was the game’s leading scorer with 16 points as Cardinal Newman drops its second straight and falls to 9-8 on the season and 3-2 in league play.

Maria Carrillo prepared for the game with Montgomery with an impressive 52-30 win over No. 7 Windsor.   The Pumas were led by AJ John and Connor Wright who combined for 33 points and a defense who shut out Windsor in the third quarter.

Maria Carrillo, who is 12-5 on the season, has been on quite a roll since its only league loss which was a two point home loss to Ukiah.     Since then they have won three straight, the closest of the three was an 18 point win over Santa Rosa.

If it wasn’t for the domination by Montgomery the NBL looks like it would have a crazy race.   There are still two games left in the first half and every team has lost to someone besides Montgomery.

Cardinal Newman, Windsor and No. 4 Ukiah will be going for a win which figures will get them into a second place tie with Maria Carrillo.  That is after the Pumas are defeated by Montgomery.

Ukiah travels to Rancho Cotate, who is only team yet to get a league win.   Ukiah has won four of five since opening league play with a loss to Cardinal Newman.   The only loss since then was to Montgomery.  On Tuesday Night they pulled away late to defeat Santa Rosa 51-42.

The biggest game of Thursday Night might be in the SCL as that league reaches the halfway point with No. 3 Analy traveling to unranked Sonoma Valley.  Analy goes into the game with a one game lead with Sonoma Valley one of the two teams in second place.

Sonoma Valley went to 4-1 in league play on Tuesday with a 47-40 win over Elsie Allen.  Jesse Summers made it six straight games with at least 20 points with a game high 21 in a game that was tight until late in the fourth quarter.    Analy, who has won six straight, had the league bye.

The other team one game behind Analy is No. 6 Piner who stayed in that position by pulling away from Healdsburg in the fourth quarter and taking a 57-43 win.  Keith Adams and Nebi Gedlu combined for 29 points.

No. 10 Elsie Allen is tied with El Molino for the final SCL post season spot.

In the other game Elsie Allen travels to Healdsburg.