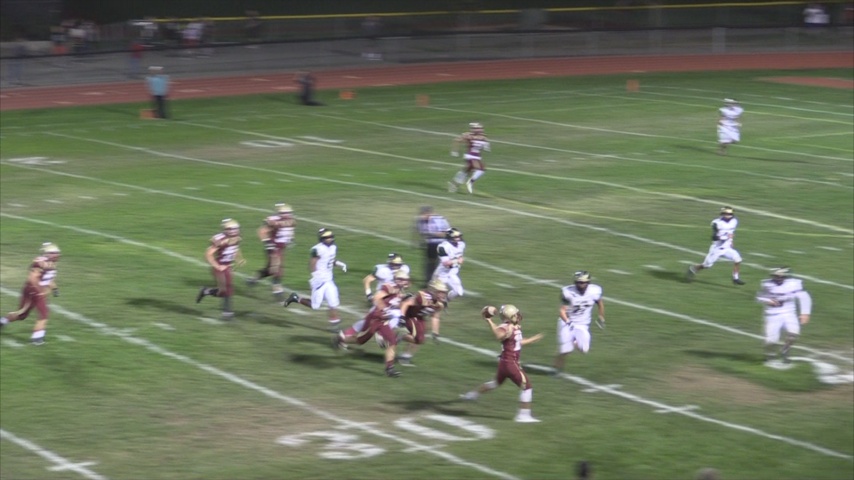 Davecox
Jake Haener (Monte Vista) 6-0, 180
Film: http://www.hudl.com/athlete/3349362/jake-haener
Started as a sophomore on one of the top teams in Northern California. This season has completed an astounding 70% of his passes for 21 TD/3 Int in 7 games. Huge upside for this accurate passer. Passed for over 2000+ yards as a sophomore last season. Possibly the top QB in entire region.

Jordon Brookshire (Cardinal-Newman) 6-2, 205
Film: http://www.hudl.com/athlete/2410106/highlights/221435377/v2
Extremeley talented runner and effecient passer. Started all 12 games as a sophomore. Could play WR/DB at the collegiate level as well. One of the more exciting players a great team.

Leki Nunn (Serra) 5-10, 176
Film: http://www.hudl.com/athlete/3802251/sitaleki-nunn
Projects as a WR/DB at the collegiate level but is an extremely talented QB on a great team. Sophomore POY last season in his league playing multiple positions and returning punts and kicks. Similar to former Serra alumni, Julian Edelman (Patriots).

Ryan Mackey (Rio Vista) 6-3, 215
Film: Waiting on arrival
Has played varsity since his freshman year.  Big strong QB who displays his toughness by also contributing at DE for his team.  Huge upside for this quarterback.  Career has had great success so far with 41 TD/18 Int ratio.

Phillip Tran (Archbishop Mitty, San Jose) 6-3 215
Film: http://www.hudl.com/athlete/2673993/phillip-tran
One of the top QB’s in Norcal. As a sophomore passed for 2000+ yards and 25td/3int’s also rushed for 300+ yards. Recently transferred from Fremont to Archbishop Mitty and is now eligible after sitting out the first 2 games of the season.

Jack Harris (Tamalpais) 6-2, 200
Film: http://www.hudl.com/athlete/4377142/jack-harris
Was 1st Team All-League last season as a sophomore in a league that has produced QB’s such as Jared Goff (Cal) and Morgan Mahalak (Oregon). Big QB with a strong arm and makes the most of his weapons.

Jack Rice (St. Bernard’s Eureka) 6-2, 190
Film: http://www.hudl.com/athlete/3913173/jack-rice
Possibly the best athlete in CIF Northern section. Recently has made the switch to QB after torching defenses at WR as a sophomore last year catching 96 balls for 1700 yards and 20 TD’s, 5 Passing Td’s and 500+ Rushing yards. Kid can flat out play football.

Ryan Jenkins (St. Mary’s (Berkeley) 5-10, 185
Film: http://www.hudl.com/athlete/3715955/highlights
Experienced playmaker who led his team to the NCS championship last season as a sophomore. 3 sports athlete who has a huge arm for his size. Projects at WR/DB at the collegiate level but has proven himself as a QB.  A winner at the QB position.

Ike Ogbogu (Bellarmine Prep) 6-1, 180
Film: http://www.hudl.com/athlete/4468135/ike-ogbogu
Absolute stud QB on one of the best teams in the Central Coast Section. Started as a sophomore, very fluid passer with calm pocket presence.  Has the ability to run when needed, extremely efficient in reads.  Proven winner with great athleticism.