TOP TEAMS OF THE SCHOOL YEAR 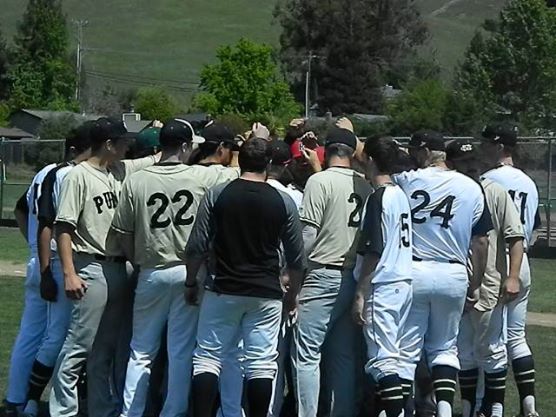 During the school year, we here at YSN365.com mainly covered four sports, that being football, basketball, baseball and softball.   That doesn’t mean that we didn’t pay attention to the rest of them.

No. 2 SRJC Men Basketball…After a 3-5 start they won its first ever State Championship.  Along the way they won the Big 12 championship and won thirteen straight to end the season.   Took the State Championship in dramatic fashion scoring the winning basket with :03.6 left in the semi-finals and broke the final tie with :25 left in a six point win.   Would be hard not to say this wasn’t the story of the year.

No. 3 Maria Carrillo Baseball…Twenty two game winning streak which was part of an undefeated run through the North Bay League.  Nine of the fourteen NBL wins were by at least five runs, five by at least nine runs.   They would love to have that seventh inning back against Marin Catholic.

No. 4 Analy Baseball…They had their second straight undefeated run through the Sonoma County League, which earned them the No. 1 seed in the NCS Division 3 playoffs.  After losing three of their first four games, they won twenty one of twenty two.  Part of a dominating season for Analy sports.

No. 5 Casa Grande Football…Best team in school history.   They were undefeated until the NCS Championship game and won their first NBL championship in their second year in the league.  They were the No. 1 seed in the NCS Division 2 playoffs.   Closest NBL game was a season ending league clinching 40-28 win over Cardinal Newman.

No. 6 Montgomery Boys Basketball…A loss to Casa Grande cost them an undefeated NBL season.  In the games they did win, they were dominating, winning all but one by at least double figures and nine of those by at least twenty.

No. 7 Analy Football…Won its second straight undefeated SCL championship.  Even before that, they made headlines with a 34-30 win over Pittsburg which was called the best win in school history.   Two teams they lost to had a combined record of 23-3.  One of the losses was to the only team that beat Casa Grande.

No. 8 Montgomery Girls Soccer…Had the bad break of having the No. 1 team in the country in the same league.  The Vikings were ranked No. 22 in the same rankings.  They went 19-3, with all three losses one goal losses to Maria Carrillo, one of those in overtime.

No. 9 Santa Rosa Girls Basketball…A 24-1 start to a season, which in part, was derailed by some unfortunate injuries down the stretch.   Shared the NBL Championship with Cardinal Newman and got one win in the Nor Cal portion of the state playoffs.

No. 10 Cardinal Newman Girls Basketball…They took two of three from Santa Rosa.   A young team, that started slow and came on strong at the end.  The program is in its third year and the best may be yet to come for a team that made the Nor Cal playoffs.

Maria Carrillo Running Teams…The cross country and track and field teams all won NBL championships.   That is both the Boys and Girls teams.

Willits Boys Basketball…Highest ranked team in the NCL World for the year at No. 2.

Windsor Wrestling…Won its third straight NCS Championship in Division 2 and then won the NCS championship that included all schools.