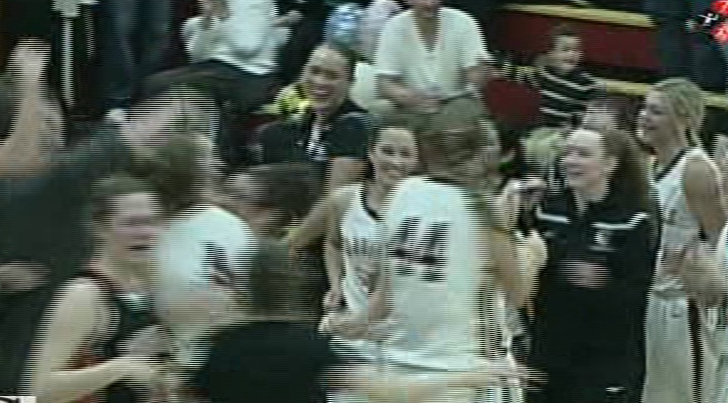 Sonoma Valley might want to hold on to the 2007 memory for hope in this one.   Like 2007 they have lost both league games to Analy, although this year games were a little more one sided.

Analy lost its last two, including the regular season finale to Piner which cost them an undefeated league season.

Sonoma Valley has lost three of four including its season finale to Petaluma.

As for the NCS playoffs, the last week hurt both teams.  Analy may need the league champion rule to get them a home first round game.

Sonoma Valley is eligible because of a 6-6 league record, but looks doubtful they will get in.

Piner could have revenge on the mind in its game with Elsie Allen, although the way the Lobos are playing they better forget about that emotion.

Just two weeks ago, Elsie Allen came into Piner and took a 41-38 win which turned out to cost Piner a co-championship.  In the first meeting Piner took a 50-35 win.

That is just an example how Elsie Allen turned things around the second half of the season, who with a win will break a school record for the most wins in a season.  The first time around in league play against the three teams they went 0-3 with the closest a 47-40 loss to Sonoma Valley.  The second time around they won two of three, the lone loss was to Analy 50-40 in a game they had the lead in the fourth quarter.  First time they lost to Analy 67-36.

As far as the NCS playoffs go this might count as a playoff game, as neither team does well in the power ranking and are on the playoff bubble.  Both are Division 3 teams.

As is the case most years in this race, these matchups weren’t decided until the last night.

Cardinal Newman took the No. 1 seed with the combination of its win over Santa Rosa and drawing the lowest number before the season started.

Casa Grande got in with an elimination game win over Montgomery.

The scary part for the league is that things will get better for Cardinal Newman.   The two leading scorers in the win over Santa Rosa, Hailey Vice-Neat and Tiffany Salinas are in their freshman and sophomore years.   The second leading scorer for the season Kylie Kiech is a junior.

The 20 win season is the first since they were Ursuline in 2003-04 when they went 24-6.  That was also the last time they won an NBL championship and one year after Coach Monica Mertle graduated from the school.

This is the second season for Casa Grande in the NBL and their second appearance in the post season tournament.  They are looking for their first win in the tournament as they lost a first round game last season to the eventual champion Montgomery 53-40.

It appeared for most of the season that if we saw Windsor and Santa Rosa in a post season game, it would be in the championship game.

Then a season plays itself out.

Santa Rosa is coming off its worst week of the season.   After defeating Casa Grande in overtime they saw their 18 game winning streak snapped by Cardinal Newman.

If the game was the only thing they lost they would have been hard enough to take, but they also lost Morgan Bertsch and her 18 point-11 rebound average.  Bertsch went out late in the second quarter with a concussion and hasn’t been cleared to play against Windsor.   She will take a test on Wednesday or Thursday and find out if she will be ready to return.

Whether the return is Saturday for the NBL post season championship game or next week in the first round of the NCS Division 1 playoffs depends on the game with Windsor.

This will be Windsor’s third attempt at win No. 20.  One loss wasn’t surprising, that being to Cardinal Newman.   The other was an upset loss in Ukiah, in a game that had to be painful to watch, with the two teams combining for 72 free throws attempts, 47 by Ukiah.

After Santa Rosa won the first meeting 58-37, Windsor gave them a battle in meeting two before falling 44-36.   In that game Bertsch had 23 points and 15 rebounds.

Even with Bertsch in the game, Windsor’s Jessica Borbosa collected a game high 16 rebounds in each game.

This game might have a minor effect on the NCS playoffs.  Both will be a high seed, Santa Rosa in Division 1 and Windsor in Division 2.

On Wednesday the NBL Boys and SCL Girls take over

Diablo Valley is 17-10 overall and 6-6 in league play and are a bubble team for the state playoffs.

The first time the two teams met was the game that Gretchan Harrigan scored a school record 51 points in a 94-87 win.   Harrigan is averaging 25.4 which are best in the state.  Second is Jewel Rogers of Contra Costa who is at 25.3.

The SRJC Men lead Cosumnus River by one game and the two teams meet to end the regular season Friday Night at SRJC.

Diablo Valley goes for its 20th win of the season.    The first time the teams met Diablo Valley took a 62-54 win.