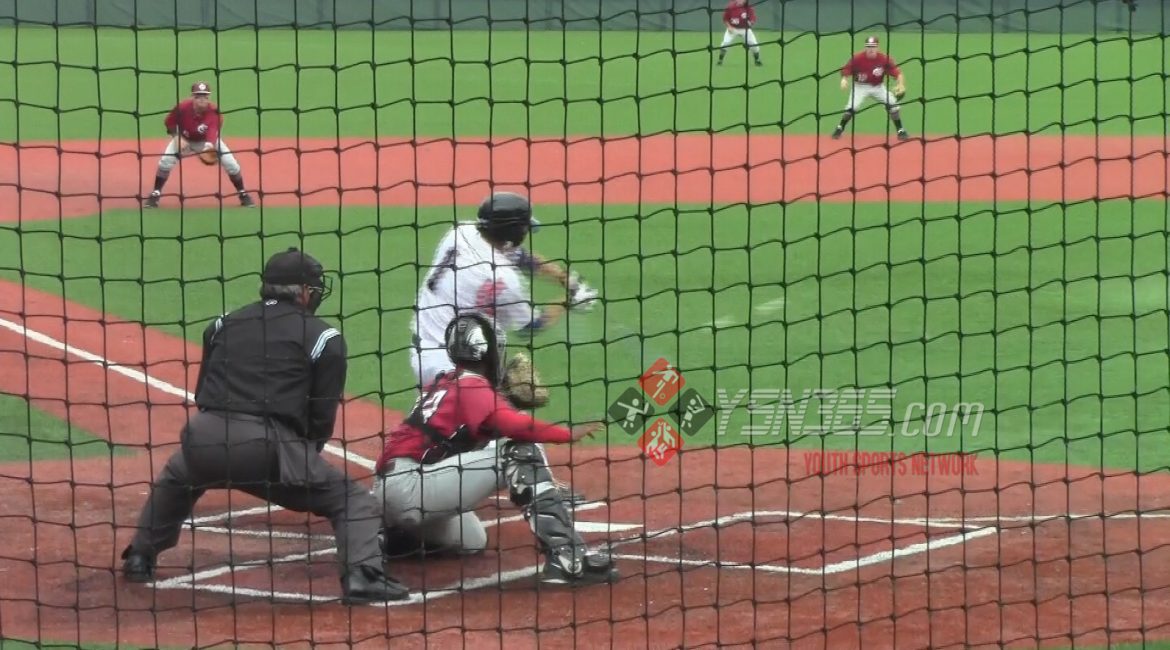 It is good times for the SRJC baseball and softball teams.

Analy has a non-league game while others try to stay close.

Two wild games set up a Thursday showdown in the NBL softball race.

If you happen to be on a team that wins a championship, there can be several moments that stand out during the run.

The SRJC Baseball team had one of those moments on Tuesday, and because of that they keep their one game lead in the Big 8 race with two games to go.

In their last road game of the regular season, they were in deep trouble.  A five run second gave American River a 7-0 lead.  But the Bear Cubs picked a good time to score ten runs in an inning for the second time this season, which vaulted them to a 17-8 win.  It was the Bear Cubs biggest comeback of the season.

The big inning was the sixth.  SRJC had cut the early lead down to 8-3, when they sent 14 men to the plate that turned the game around.  The funny thing is when the inning ended; they probably felt a little disappointed.   They had scored the ten runs and had the bases loaded with one out, when a double play ended things.

It was a strange inning in which ten Bear Cub batters came to bat with the bases loaded.

Three players drove in two runs in the innings.  Two of them did it by getting an RBI in two at bats.

Nico Filice was hit by a pitch his first time up and walked his second time up to get his two.

Siosi Poti was also hit by a pitch to bring in one of his two runs in the inning.

Ryan Xepolea drove in two runs in one at bat.  That was a two run single, which was runs number four and five of the inning and tied the game at 8-8.  With all those bases load situations, that was the only play in the inning that two runs scored.

In the inning SRJC had ten runs, eight hits and left two.

After getting the lead the Bear Cubs didn’t let up.   They scored another run in the seventh and three in the eight, while holding American River scoreless the rest of the way.

Xepolea and Filice each had three hits, which was part of a 16 hit attack.  The 17 runs and 16 hits were both high marks for the season.

The Bear Cubs had to win to keep sole possession of first place in the Big 8 race.    That’s because second place Sierra defeated San Joaquin Delta 3-1 to keep pace.

So with two games left, SRJC has a one game lead.   The last two games for SRJC, on Thursday and Saturday, are at home against Diablo Valley and Cosumnes River.

By the way, the other time SRJC had a ten run inning was at Reedley on February 15th.  That happened in the ninth in a 12-8 win.  The totals for SRJC that inning were 10 runs, 3 hits, 4 errors, 2 left.   One run was considered earned.

DON’T FORGET ABOUT THE SOFTBALL TEAM

The SRJC Softball team didn’t win a league championship, but it appears they are going to the state playoffs for the first time since 2006.

They ended the regular season with a 17-1 win over Diablo Valley Christian to end the season 26-13-1 and 12-9 in Big 8 play which was good enough for third place.  They are ranked No. 10 in Northern California.

The picks for the state playoffs are on Saturday.

The No.2 Analy Tigers are dominating the SCL baseball race.   But going out of league, not so good.

Since a 2-2 start, Analy has won fifteen of seventeen.  Both losses are non-league games.  What makes these non-league games a little more painful is that come NCS playoff time they are going to sting.

On Tuesday Acalanes came to town and handed the Tigers a 3-1 loss.  Analy was held to two hits.

Two weeks ago Analy lost to Drake 3-0 in another non-league game.

Drake, Acalanes and Analy are the top three ranked teams in Division 3.  The NCS committee loves head to head when deciding the seedings, so those two losses won’t sit well with the committee.

BACK TO THE BUSINESS OF THE LEAGUE RACE

No. 3 Piner and Petaluma are waiting to Analy to fall in a league game.   Just in case they do, they are waiting.  Both won to go to 6-2 which and puts them two games out.

Piner, which is a bit of a controversial pick as the YSN365.com No. 3 team, scored a run in each inning as while defeating El Molino 16-2.  Bryan LoCoco went 5 for 5 to raise his season average to .571.

The 16 runs equal a season high for Piner and raised its record to 15-5.

Meanwhile Petaluma rallied with a four run sixth to defeat Sonoma Valley 4-1.   Blake Patrick’s two run double was the big hit on the inning.   Petaluma had three hits on the game, all of them in the sixth inning rally.

The four teams for the SCL post season playoffs appear to be set with them being Analy, Piner, Petaluma and Sonoma Valley.  What the matchups will be is still be determined.

When you look at a good softball game in the high school world most of the time you expect a tight low scoring game.   That wasn’t the case on Thursday in the North Bay League.

There were two games, involving the three top teams in the NBL, which combined for 49 runs, 51 hits and 12 errors.

The results also turned the hunt for the championship into a two team race between No. 2 Rancho Cotate and No. 3 Maria Carrillo who meet at Maria Carrillo on Thursday.

Rancho Cotate scored eight runs in the first and then held back the Ukiah counter punches.   One of those counter punches was a six run second.  Ukiah would score four in the sixth to make it a 14-14 game.

Rancho Cotate won it in the bottom of the seventh on a one out single by Katie Rohrer.

Maria Carrillo scored four in the top of the first.  Casa Grande rallied with three in the first and third to take a 6-4 lead.  Maria Carrillo regained control with a four run fourth and carried a 9-6 lead into the bottom of the fifth.  In that inning Casa Grande scored three to tie it back up.

Santa Rosa moved into third place by a more softball kind of game.   They went nine innings to beat Windsor 3-2, scoring the winning run on an error. All three runs were unearned.

Windsor’s Becca Steiner hit a two run homer in the seventh to force extra innings.  It was her second extra base hit of the season.

Santa Rosa is also two games behind the leaders in the loss column.

PINER NOT ONLY DEBATE IN RANKINGS

The picking of St. Vincent and Cloverdale in the YSN rankings also received some muttering in the inbox.  Then both teams went out and took close wins in battles for first place in their league races.

No. 5 St. Vincent was forced to go eight innings before edging Sonoma Academy 4-3 in a game between the two undefeated teams in the NCL  II race.

Alex Neve did it all in the extra inning.  He retired Sonoma Academy in the top of the inning and then got himself a win to raise his record to 5-2 with an RBI two out double in the bottom of the inning.

It was a hard luck loss for Steven Stack of Sonoma Academy who pitched a complete game.

One other NCL game between leaders didn’t have the suspense of those two games.  In NCL I baseball, St. Helena scored five in the first and defeated Kelseyville 8-3.  Kelseyville scored all its runs in the seventh.  The game was between the two undefeated teams in the NCL I baseball race.

One of the YSN rankings that isn’t being debated is No. 1 Casa Grande.  The Gauchos will try to keep full control of the NBL race when they travel to Windsor.  Casa Grande is 8-0 in NBL play and has a three game lead over No. 4 Cardinal Newman, Montgomery and Rancho Cotate.

Rancho Cotate travels to Maria Carrillo who comes in one game behind the three teams tied for second which also means those three teams are tied for the last NBL post season playoff spot.

The other two games are Cardinal Newman at Ukiah and Montgomery hosting Santa Rosa.