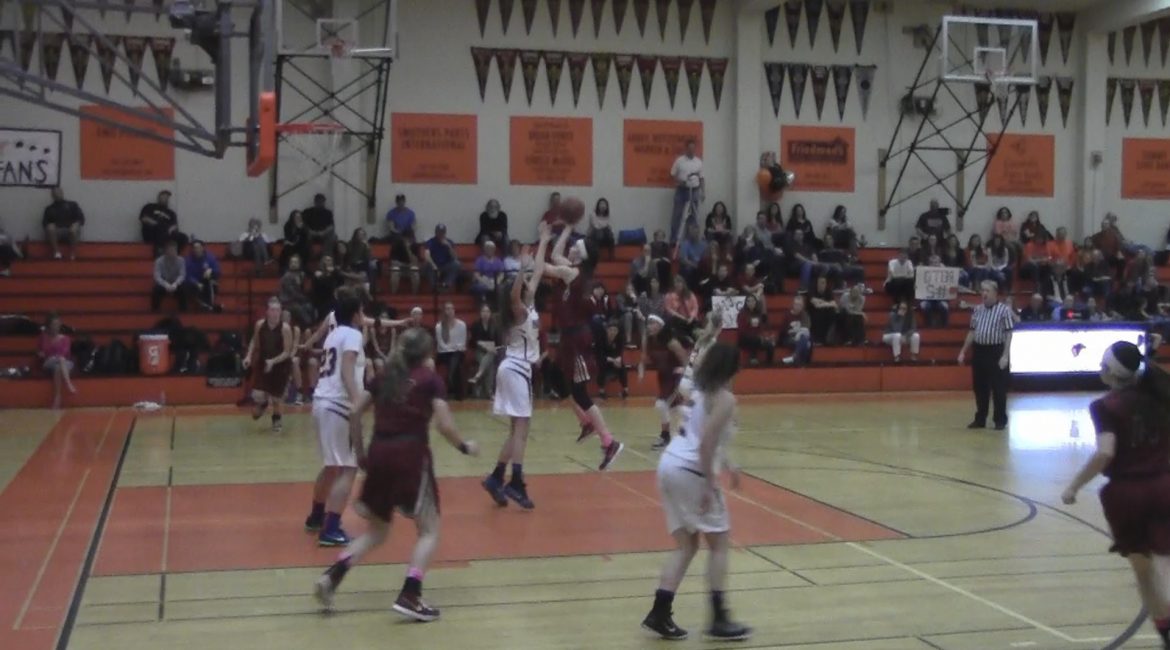 There is still regular season left, but after the action on Tuesday the teams are set for the NBL and SCL Girls Post Season Tournaments.
The orders aren’t.


The four teams in the NBL will be Cardinal Newman, Santa Rosa, Montgomery and Ukiah.
The four teams in the SCL will be Analy, Sonoma Valley, Healdsburg and Petaluma.
As we have known for quite some time Cardinal Newman will be the No. 1 seed and host a first round game. The No. 1 team in the area is one game from finishing league play undefeated for the second straight season after a 71-39 win over No. 6 Santa Rosa.
The loss dropped Santa Rosa into a second place tie with Montgomery. The No. 2 seed will host the other first round game in the Post Season Tournament. Santa Rosa is at No. 7 Montgomery on Thursday and the winner will be the No. 2 seed.
La Donna Saint Louis scored 13 as Montgomery eliminated Casa Grande 39-31.
The fourth team will be No. 9 Ukiah, who sewed up that spot with a 49-42 win over Maria Carrillo. Ukiah is now 14-10 and held off Maria Carrillo despite a 20 point, 11 rebound game by the Pumas Claire Howard.
Ukiah will be one of the road teams in the first round.
The SCL still has a regular season championship to decide. This will go down to the last night between No. 2 Sonoma Valley and No. 4 Analy. Analy at 10-1 has a half game lead over Sonoma Valley who is 9-1.
Both teams won on Tuesday with Analy defeating Piner 46-38, while Sonoma Valley defeated Petaluma 46-18.
Sonoma Valley will be at Healdsburg on Wednesday and host Piner on Friday. Analy wraps up league play with a home game against El Molino on Thursday.
If the two teams end up tied for the top spot Analy will be the No. 1 seed in the SCL tournament because of numbers drawn before the season. The automatic NCS berth will be decided by who does best in the tournament.
Healdsburg and Petaluma will be the road teams in the first round.
Despite the loss, Piner has sewed up a .500 regular season. It will be the first time they will reach that mark in the Max Prep Era.
NCL I SHOWDOWNS SET
Both the NCL I Boys and Girls race’s big games are next.
On the Boys side, on Thursday, No. 10 Lower Lake is at No. 8 Cloverdale. After wins on Tuesday the two teams will go in the game tied for first at 10-2.
Cloverdale held off St. Helena 45-40 and Lower Lake after trailing at the half rallied to defeat Willits 59-42. Sophomore Hokulani Wickard scored 26 points, which was his second highest output of the season. His highest was 30, which he did last Saturday in a 73-63 win over Kelseyville. So in the last two games he has averaged 28 points. He is averaging about 13 points on the season.
The original schedule had the Lower Lake-Cloverdale game on Friday. It has been moved to Thursday because of the Citrus Fair which starts on Friday in Cloverdale. Lower Lake won the first meeting on January 22nd in Lower Lake 52-40.
The Girls big game is on Friday when No. 3 Kelseyville goes to No. 5 Middletown. Kelseyville at 12-0 has a one game lead over Middletown. Middletown’s league loss was to Kelseyville 55-42. That game was also on January 22nd.
Both teams won Tuesday. For Kelseyville it was their 13th straight as they raise the overall record to 21-3.
There is one more league game next Tuesday. The league does have a Post Season Tournament this season. It will be a joint one for the Boys and Girls at Mendocino College at the end of next week.
UPSET CITY
The Sonoma Academy Girls ride to the NCL II championship hit a bump. How big of a bump it is we will see. On Tuesday, Olivia Degraca scored 16 to lead St. Vincent 34-30 road win. St. Vincent, after a 0-2 start in league play, has won eight straight.
Sonoma Academy drops to 19-2 overall and 10-1 in league play. Sonoma Academy travels to Upper Lake on Friday. They are 8-3 in league play and were the only team to defeat Sonoma Academy last season, as they won the league title with a 13-1 record.
A showdown is set in the NCL II Boys race on Friday, with Roseland University Prep hosting St. Vincent De Paul. Both teams won on Tuesday and Roseland University Prep at 11-0 goes into the game with a one game lead over St. Vincent De Paul. The one game was the first meeting, a 34-30 Roseland University Prep win.
St. Vincent de Paul dodged a bullet on Tuesday as they went overtime to defeat Sonoma Academy 43-41.
My email address is jacpasquini@comcast.net
Share