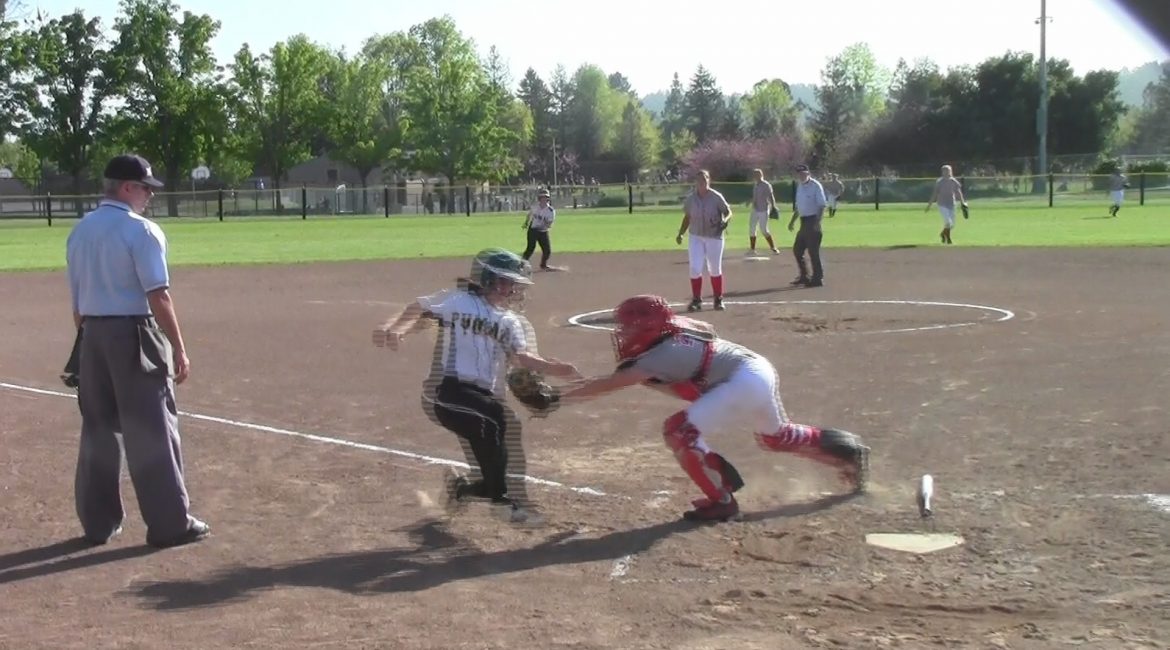 The big week has had its crazy start, at least in the NBL Softball race.   But before getting to the recap of the Tuesday action, some unfortunate news came out of the Tuesday games.

Windsor catcher Angelica Terrel, who is the middle of a fabulous year, hit a fourth inning double, which was already her second hit in the game at Ukiah.   As she rounded second, she hit the base wrong and went down.   It was first feared to be broken ankle, but turned out to be a severe sprain, which she had a cast put on.   It appears she is out for the season.

Sports and injuries go together, but seeing one like that at this level stinks.

Both No. 1 Petaluma and No. 4 Analy set things up for the big Thursday games by staying undefeated in league with two hit shutouts.

The shutout for Petaluma was thrown by Will Nevin, who went the distance in a 4-0 win over Piner.  It was Nevin’s second pitching appearance of the season, since becoming eligible, after transferring from St. Vincent at the beginning of the year.  He dodged some bullets.  After the first eight were retired, Piner had a base runner on in every inning the rest of the way, but the only time they had two runners on was the sixth.   Nevin struck out six and walked one.

Grant St. Martin was one of three pitchers, as Analy defeated Healdsburg 5-0.   St. Martin went five innings and struck out 11.   It was St. Martin’s third pitching appearance of the season.  Going into the game he had pitched seven innings on the season.  Analy scored at least four runs in the first four innings to build the lead.

In the other league game Elsie Allen snapped a six game losing streak and got its first SCL win by defeating No. 10 El Molino 11-0.   Caleb Romero went the distance giving up one hit, that a single in the second.  A nine run third put the game away for Elsie Allen.

There was  a Petaluma-Analy battle for first place on Tuesday.   No. 1 Petaluma defeated No. 4 Analy 5-2 to take over first place in the SCL Softball  race.

Analy scored single runs in the second and third to take the early lead.  It could have been a bigger lead but Brie Gerheardt and Joelle Krist each threw a runner out at the plate in the second, after Analy had taken a 1-0 lead.

Gerheart and Krist, like they usually do, then helped out on offense both part of a three run third, which gave Petaluma the lead for good.  Gerheart started the rally with a walk and then stole her sixth base of the season and was awarded third on fielder interference.    Krist then drove in her team high 28th RBI of the season, to cut the lead to 2-1 and then scored the tying run when Meghan DeCoite hit a triple.  Miranda Swanson followed with a single, which gave Petaluma the lead.

That was enough for freshman Emily O’ Keefe, who went the distance and raises her record to 5-1 on the season.    It was her fifth complete game in six starts.

So now the softball teams will have their version of a countdown, before the two meet again on May 8th, which will be the last league game of the season.

Following the league races over the past few seasons I have said one of the best races almost every season is the NBL Basketball Girls.

They have nothing on what the NBL Softball teams are doing this season.

While ever other races we are talking about undefeated teams, no team in the NBL softball race has less than two defeats.  In fact, with the race not even at the halfway point, there are six teams in a virtual tie for first place with two losses.    The teams have played a different amount of games.  Maria Carrillo, Santa Rosa and Rancho Cotate are all 4-2, Windsor is 3-2 and Cardinal Newman and Ukiah are 2-2.

The game in Ukiah was on the upset trail before the injury to Terrel.   A five run second gave Ukiah a 6-3 lead.   No. 9 Windsor rallied after a four run fifth and took a 10-7 lead.   Then it was Ukiah’s turn, as they scored six in the fifth to take the lead for good.

The two teams combined for 25 runs, 35 hits and ten errors.  Ukiah had a season high 21 hits and after having three games out of the first eleven with double figures in hits, they did that for the third straight game.  Kaylah Pardini had a three hit game and hit her second homer of the season and drove in four runs.   Monica Ray, who has a team high batting average of .409, also had two hits and three RBI.

That wasn’t the only wild game.   No. 2 Maria Carrillo scored five in the first, on its way to a 12-6 win over Montgomery.   Brittney Veler and Hannah Chew each had three hits to lead a 14 hit attack.  Aspen Waddle added a three run triple.

You can see video highlights of this game here at ysn365.com.

The Ukiah-Windsor game wasn’t the only game between contenders.  It is pretty hard to avoid that right now.  The other game was between No. 5 Rancho Cotate and No. 6 Santa Rosa and that result went the right way, to make things tighter.   After falling behind 2-0, Rancho Cotate rallied for an 8-2 win, doing most of the damage with a five run third.

Kristine Ricosssa and Janaea Mason each had three hits. Mason and Taylor Del Santo each drove in two runs.

Freshman, Brittney Scardina held Santa Rosa scoreless the final four innings, to raise her record to 10-2.  She has an ERA of 1.45.

Rancho Cotate is a league best 11-2-1 on the season and has won five straight.

The other results gave No. 7 Cardinal Newman a wonderful opportunity to move into sole possession of first place, but Casa Grande did it again, rallying for a 6-5 win, scoring two runs in the fifth to tie and winning it with a two run seventh.   Cardinal Newman scored a run in the bottom of the seventh and had runners at second and third when the game ended.

Casa Grande is 2-4 in league play, with its wins over Windsor and Cardinal Newman.

The league race unofficially reaches the halfway mark on Thursday, although there are still some make up games to go.  The six teams who have the two losses all meet each other with Ukiah at Santa Rosa, Maria Carrillo at Cardinal Newman and Rancho Cotate at Windsor.

Wednesday belongs to NBL Baseball with the top four teams meeting each other again.   No. 2 Maria Carrillo, who at 5-0 is the only undefeated team, goes to No. 5 Cardinal Newman who is 5-1.  At the same time No. 8 Montgomery hosts No. 3 Casa Grande.   Casa Grande has one league loss, Montgomery has two.

On Thursday, Cardinal Newman is at Montgomery followed by a Friday game with Maria Carrillo at Casa Grande.