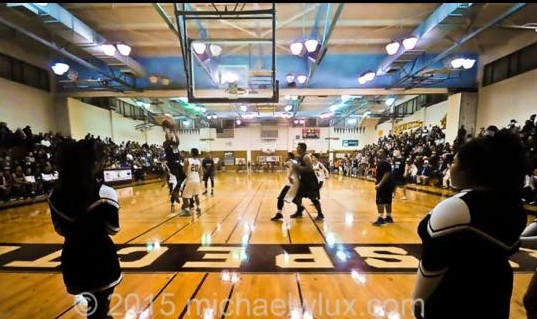 Casa Grande’s first game as the YSN365.com No. 1 team was a good one as they defeated Rancho Cotate.  Will Crain and Jon Christy combined for 29 points.
Montgomery had a big third quarter in its win over Maria Carrillo.  Erik Poulsen and Michael Septimo combined for 22 of the Vikings 24 third quarter points as Montgomery pushed a five point halftime lead to 16.
The game that turned the race upside down in the first half was Windsor’s win over Cardinal Newman.
Not this time.
Cardinal Newman never trailed in its win over Windsor.  A 13 point run in the first quarter gave them a 17-3 lead.  The Cardinals got it to a 24-5 early in the second quarter.  Windsor then went on a 10-2 run to get it 26-17.  That is as close as Windsor got the rest of the way.
Connor Rubbatino had a bit of a slump last week, but snapped out of it.  He was hitting shots from all over the place scoring sixteen of Cardinal Newman’s twenty points on his way to a game high 22.
Cardinal Newman raises its record to 20-2.  They are the first local team to hit the twenty win mark.
Tommy Levine scored a season high 12 points as Santa Rosa won the closest game of the night over Ukiah.  The win moves Santa Rosa into a fifth place tie with Maria Carrillo.
LEAGUE OVERVIEW: Casa Grande keeps its one game lead.  Cardinal Newman and Montgomery are one game back, Windsor falls two back.
THURSDAY SCHEDULE
No. 1 Casa Grande at No. 5 Windsor
No. 2 Montgomery at Rancho Cotate
No. 3 Cardinal Newman at Ukiah
Santa Rosa at Maria Carrillo
NCL I
No. 7 Cloverdale at No. 9 Willits
Kelseyville 67 Fort Bragg 53
Clear Lake 67 Lower Lake 60
Middletown 52 St. Helena 44
Cloverdale takes full control of the NCL I race with a defensive win in Willits.  John McMillan scored 17 to lead the Eagles, who take a two game lead over Willits in the NCL I race.
Kelseyville’s win over Fort Bragg moves them into a second place tie for second with Willits.
GIRLS
SONOMA COUNTY LEAGUE
No. 5 Sonoma Valley 48 No. 3 Analy 42
Elsie Allen at Healdsburg
Piner 42 El Molino at El Molino 28
No. 4 Petaluma BYE
Last week, Sonoma Valley fell out of first place in the SCL Girls race for the first time this season.
The stay out of first place wasn’t a long one.
Sonoma Valley shook off a sluggish started and defeated Analy.  Jenny Eggers picked a good time to pick up her fifth double-double of the season with 11 points and 11 rebounds.  Bella Bollman also had a season high ten points.
Sonoma Valley has a half game lead over Analy and a one game lead over Petaluma.  The race to be the team that will push Sonoma Valley to the end will be decided on Thursday, when Petaluma travels to Analy.
NCL I
No. 6 Middletown 52 St. Helena 20
Cloverdale 53 Willits 35
Lower Lake 50 Clear Lake 47
WEDNESDAY
Fort Bragg at No. 9 Kelseyville
LEAGUE OVERVIEW: Kelseyville needs a win to stay within one game of Middletown in what is now a two team race. Kelseyville is at Middletown on Friday.
WEDNESDAY SCHEDULE
BOYS
SONOMA COUNTY LEAGUE
El Molino at No. 4 Elsie Allen
No. 6 Piner at Petaluma
Healdsburg at No. 8 Analy
No. 10 Sonoma Valley BYE
LEAGUE OVERVIEW: Elsie Allen plays its first game in school history as a team in sole possession of first place.  At 7-1 they have a half game lead over Piner, who is 7-2.  Analy and Sonoma Valley are both 6-3.
A win for Elsie Allen will not only keep them in first place, but give them their 18th win of the season, which ties a school record.
GIRLS
NORTH BAY LEAGUE
No. 1 Cardinal Newman at Ukiah
No. 2 Santa Rosa at Maria Carrillo
No. 7 Montgomery at Rancho Cotate
Casa Grande at No. 9 Windsor
Cardinal Newman and Santa Rosa are two games away from a game for first place.
Montgomery has a one game lead over Windsor for third.
My email address is jacpasquini@comcast.net
You can also now follow me at twitter @homer2612