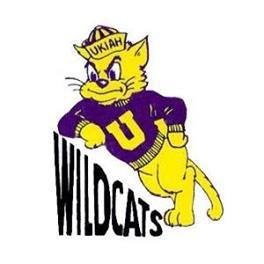 When thinking of contenders for an NBL Softball championship, Ukiah doesn’t roll off the tongue.  In the first Softball rankings of this season there were two NBL teams ahead of them.  By the time the first rankings came out, they had already lost a league game.
According to published reports, they hadn’t won a softball title since 1996.  During the Max Preps era, which started in 2005, they haven’t come close.  The best seasons during that time were 2009 and 2012 when they finished 10-4 in league play.  In each of those seasons there was an undefeated league winner, Montgomery in 2009 and Rancho Cotate in 2012.  Last year they went 7-7 in league play.  In 2013 they won four games.
Today, Ukiah is the North Bay League softball champions.  They wrapped things up with a 9-4 win over Maria Carrillo.  It is almost ironic that they sewed up their first NBL championship in two decades, against the team that has won the last two.
It didn’t take long for the Wildcats to take control.  On the fifth pitch of the game, Mykala Ramsey hit her second homer of the season.  It was a two run shot, part of a four run rally, which gave them the lead before they went out of defense.
They would keep of the game thanks to the pitching of Junior Delaney Kindopp, who pitched a complete game and raised her record on the season to 13-1.
This wasn’t a cake walk.  They carried a 5-3 lead into the seventh, when they scored four runs to break it open.
The league loss before the first rankings, was to Rancho Cotate by a 3-0 score.   Rancho Cotate was the favorite to win the North Bay League race.  In that game Ramsey hit a single in the first inning, it was their only hit of the game.
That loss came on March 24th and dropped the Wildcats record to 4-4.  They haven’t lost since.  The win over Maria Carrillo raises the winning streak to 14.
They started the streak by winning their own tournament.  One of the wins was over Montgomery, when they scored three in the bottom of the seventh to take an 11-10 win.
There would be another win over Montgomery nearly a month later, that started a series of remarkable wins.  They pulled a rabbit out of their hat again by scoring two in the seventh to force extra innings.  Then in the ninth Kaylah Pardini and Ramsey hit back to back homers for a 6-4 win.
Next came three straight one run wins that set up the clincher on Thursday.  They scored a run in the seventh to beat Rancho Cotate 4-3.  They followed that up with a 2-1 win over Casa Grande and the streak ended with an eight inning 3-2 win over Cardinal Newman, in a game they trailed 2-0 going to the bottom of the sixth.
This is fairly young team with four seniors.  One of them is the he leading hitter Anna Brazil who is hitting .474 and has a team high 29 runs batted in.
Ukiah is two wins away from a twenty win season.  They end the regular season with games against Santa Rosa and Windsor.  Then it is playoff time, which includes the NBL post season tournament and of course, the North Coast Section playoffs.
Whatever happens from here on out, nothing can take away this league championship away from them. The first one for the school since before all the players was born.
My email address is jacpasquini@comcast.net